Siemens Energy promotions in the GeoDome Theater at PowerGen conferences 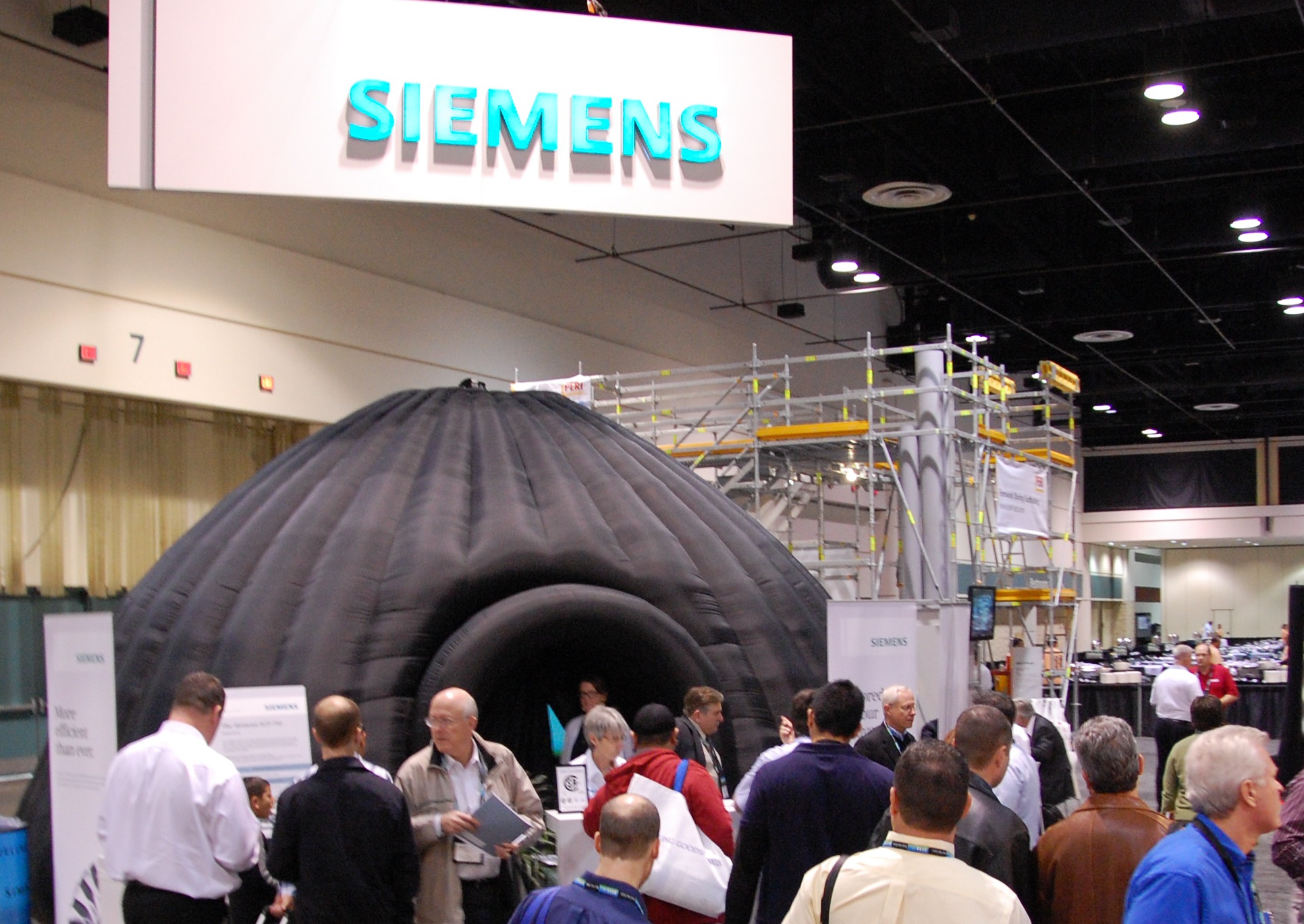 A GeoDome Theater was a compelling part of Siemens Energy’s presence on the expo floor at the 2011 PowerGen conference in Las Vegas. A dome movie showcasing Siemens’ new power turbine was created for the large dome theater at the Norrköping Visualization Center in Sweden, where the turbine team are headquartered. We formatted the movie for playback in the GeoDome on the expo floor at last year’s PowerGen conference, where it drew crowds throughout the three days of the show. The team at Siemens were so pleased with the turnout that they used Norrköping’s GeoDome Theater to host their presence at shows across Europe in 2011, then rented ours for the December show in the US.

“We’ve used this dome at international exhibitions throughout the year, and it’s just as successful every time. People come back and bring their friends,” said Lynne Anderson, Communications Manager for Siemens Energy Oil & Gas.