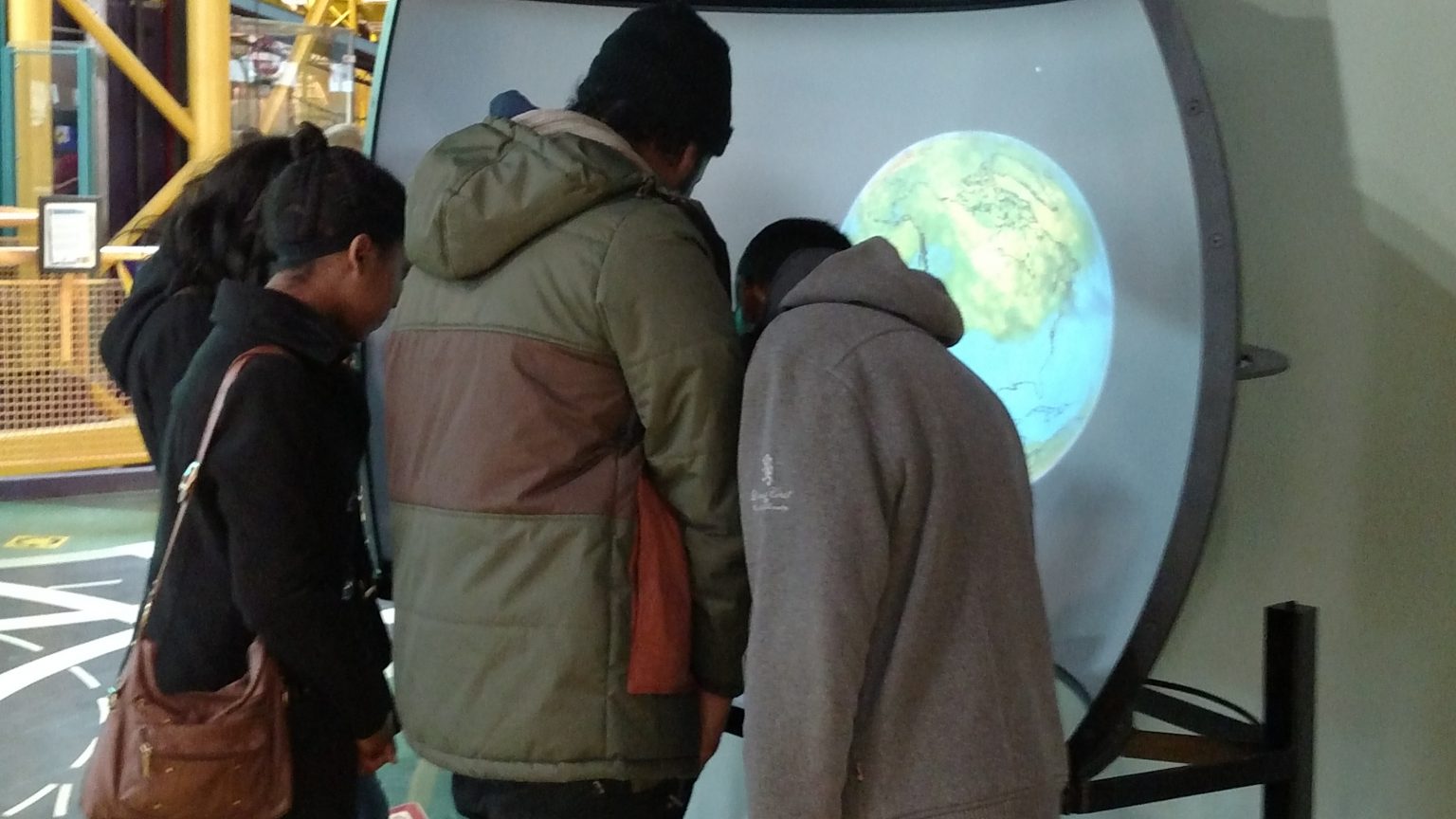 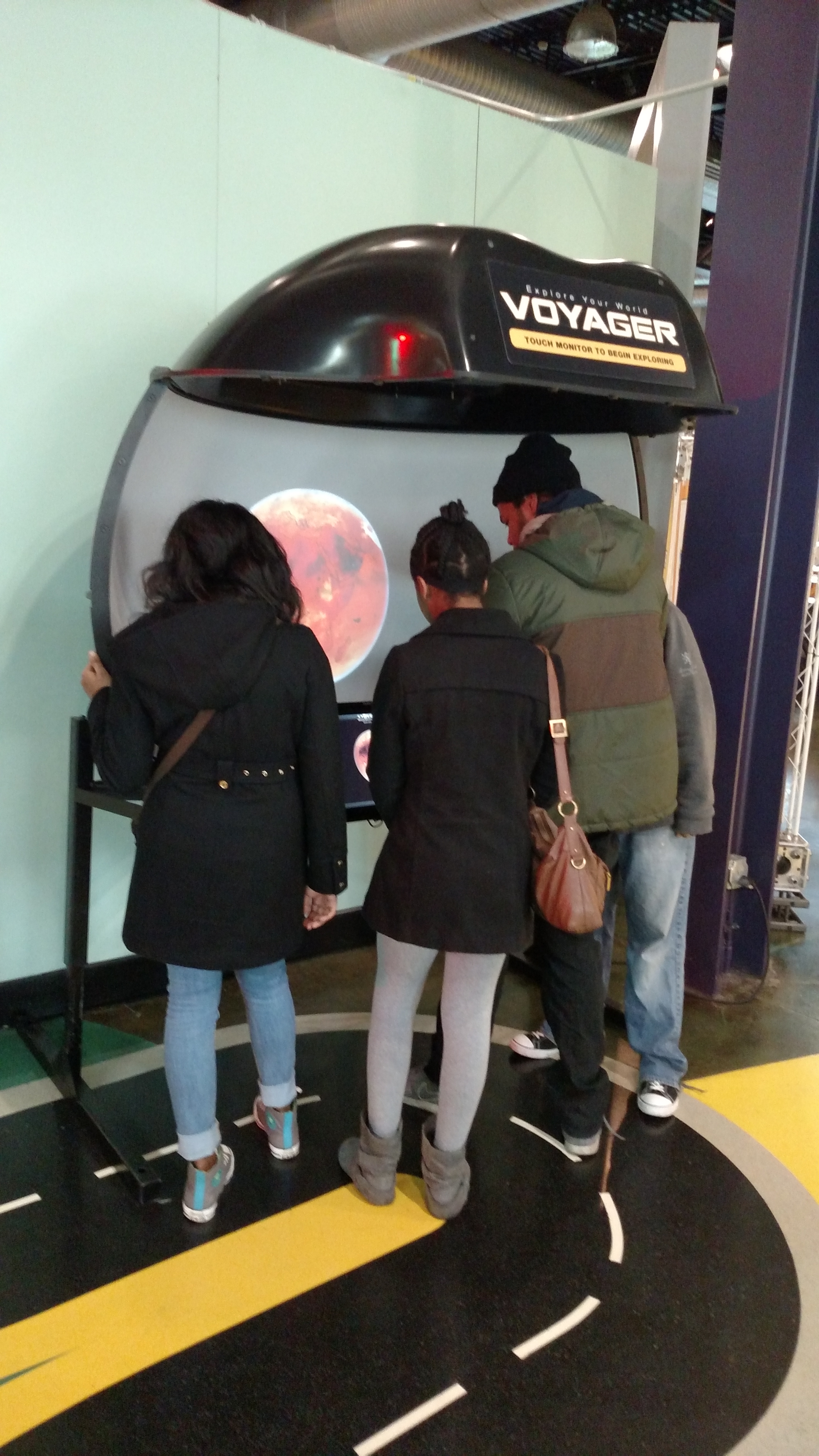 In the Voyager, an immersive kiosk at the Michigan Science Center’s Space Gallery, visitors interact with NASA JPL’s Eyes on Exoplanets. This fully rendered 3D universe is scientifically accurate, allowing you to zoom in for a close look at more than 1,000 exotic planets known to orbit distant stars. The program is updated daily with the latest finds from NASA’s Kepler mission and from ground-based observatories around the world as they hunt for planets like our own.

You can instantly find out the time it would take to travel to each planetary system by car, jet plane, bullet train or starship. Use an overlay to compare the orbits of planets in our solar system with those around other stars. Or you can search for planets that might support life by toggling the “habitable zone” display, showing the region around a star where temperatures are right for liquid water. “Eyes on Exoplanets” is powered by NASA’s Exoplanet Archive, the official database used by professional astronomers engaged in exploring new worlds.

The Voyager display is an Elumenati Cobra Panorama system – dome, mirror-based optics, image generating computer, and a touchscreen to drive interactivity. NASA JPL’s Eyes platforms – Eyes on the Earth, Solar Systems, and Exoplanets – are enabled for Elumenati immersive environments with our Omnity software.