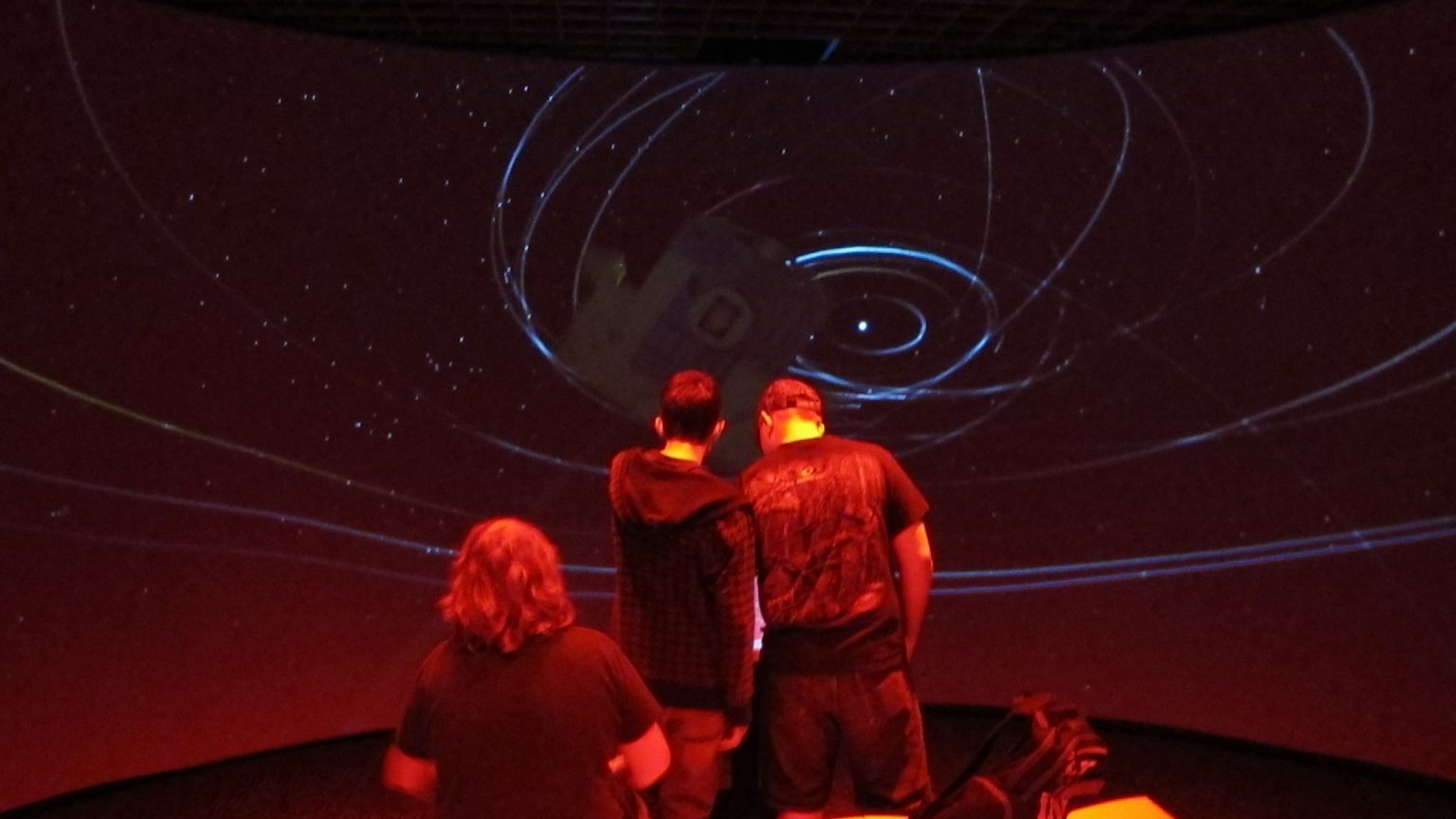 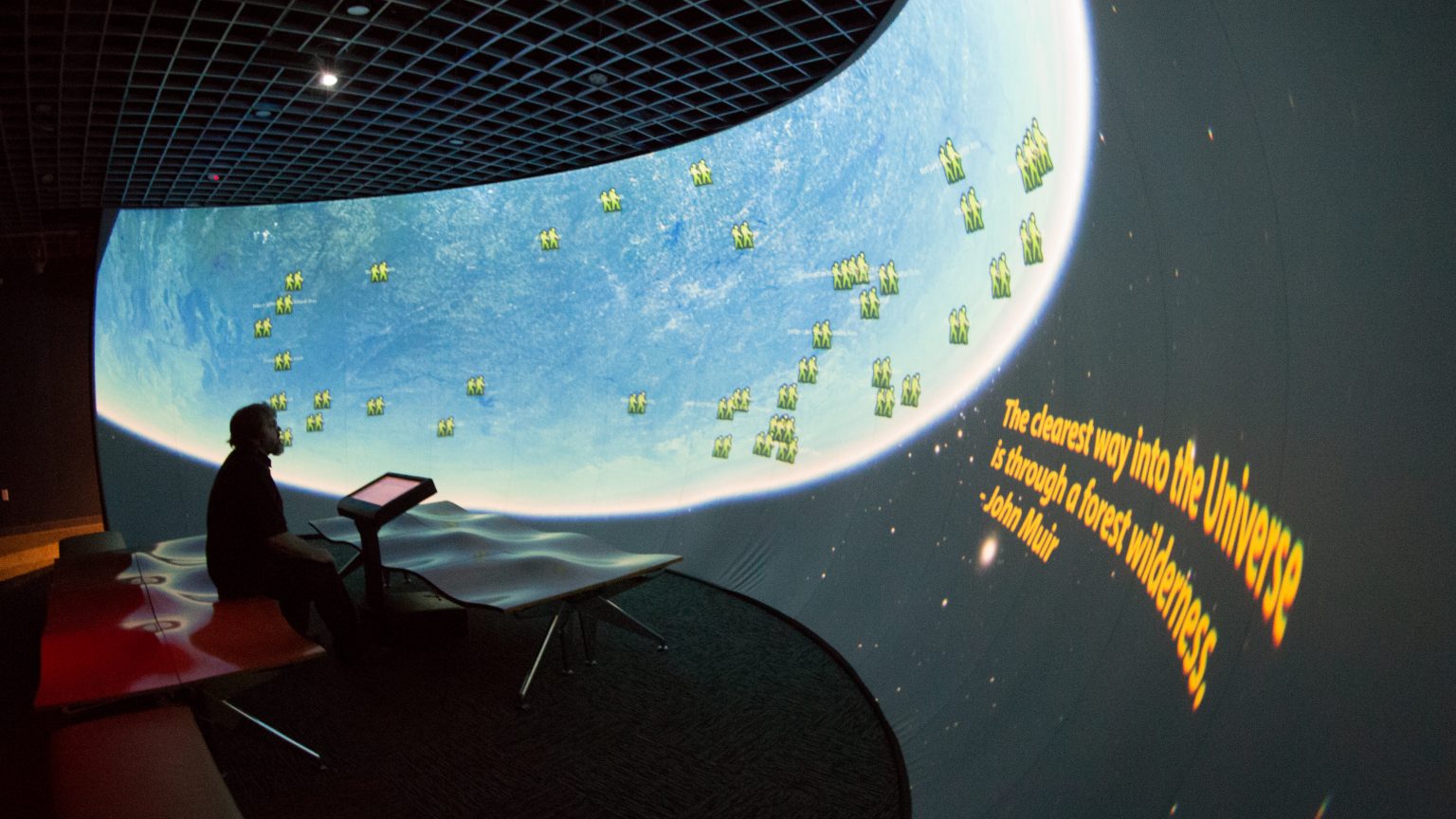 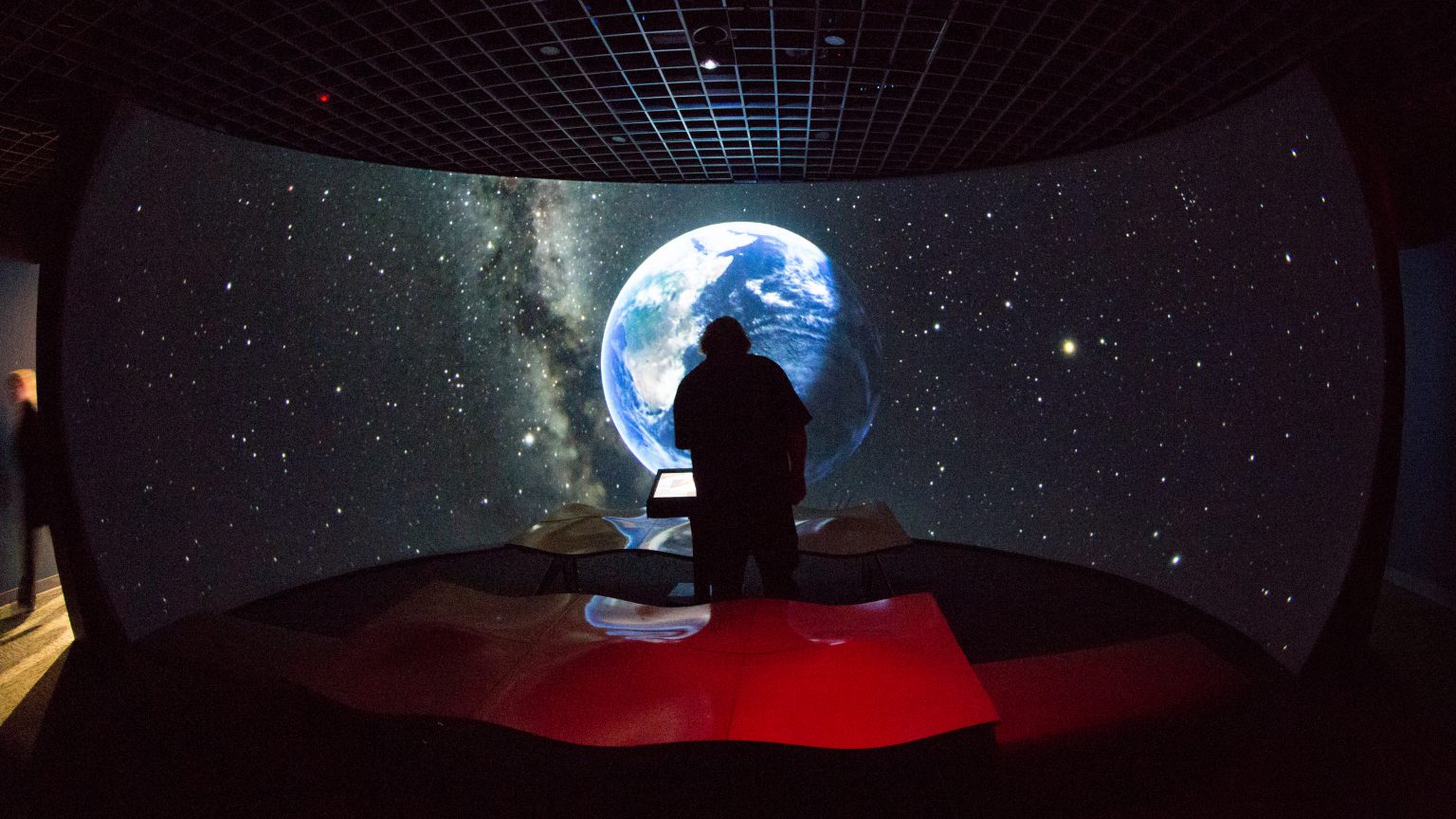 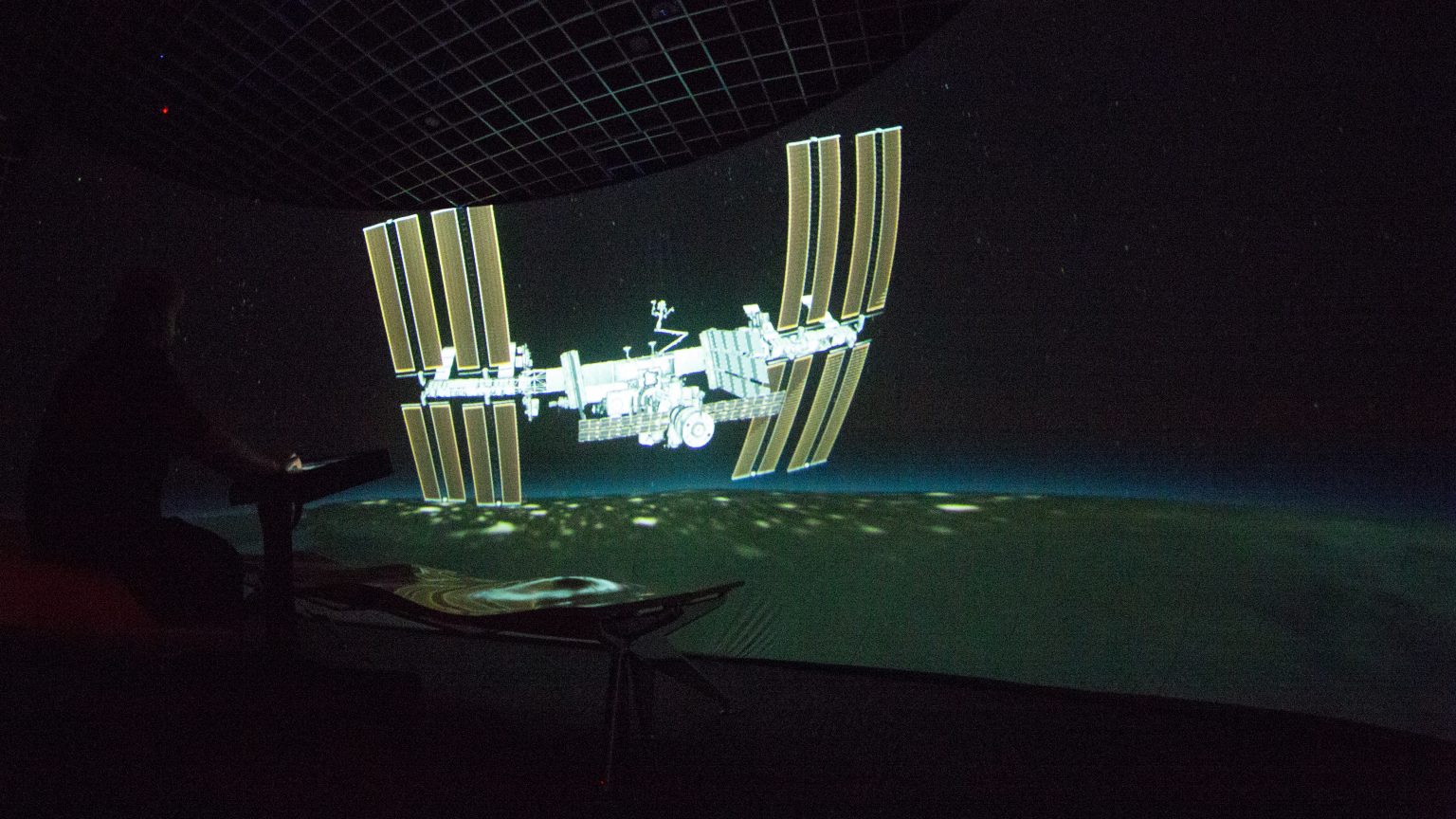 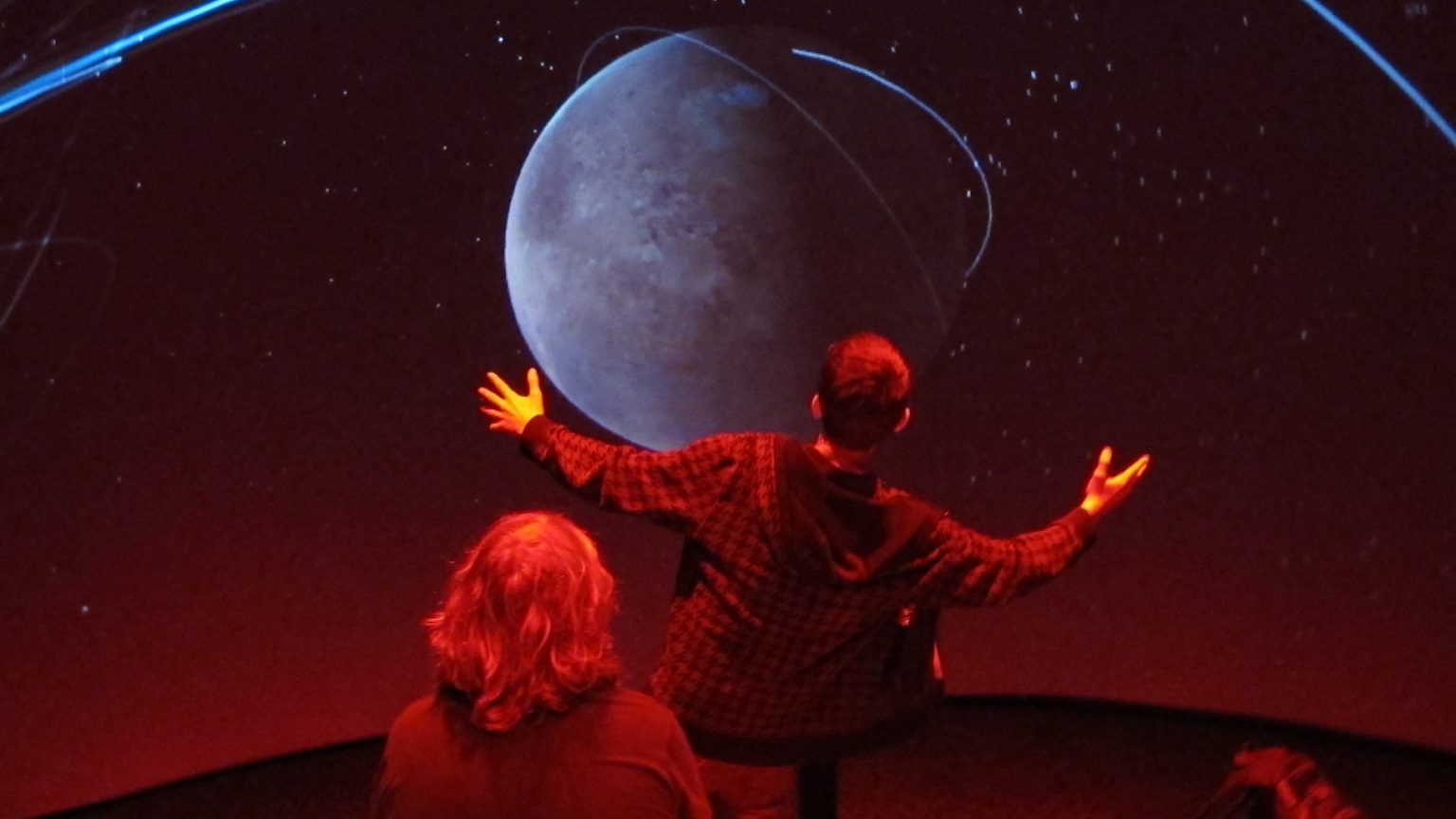 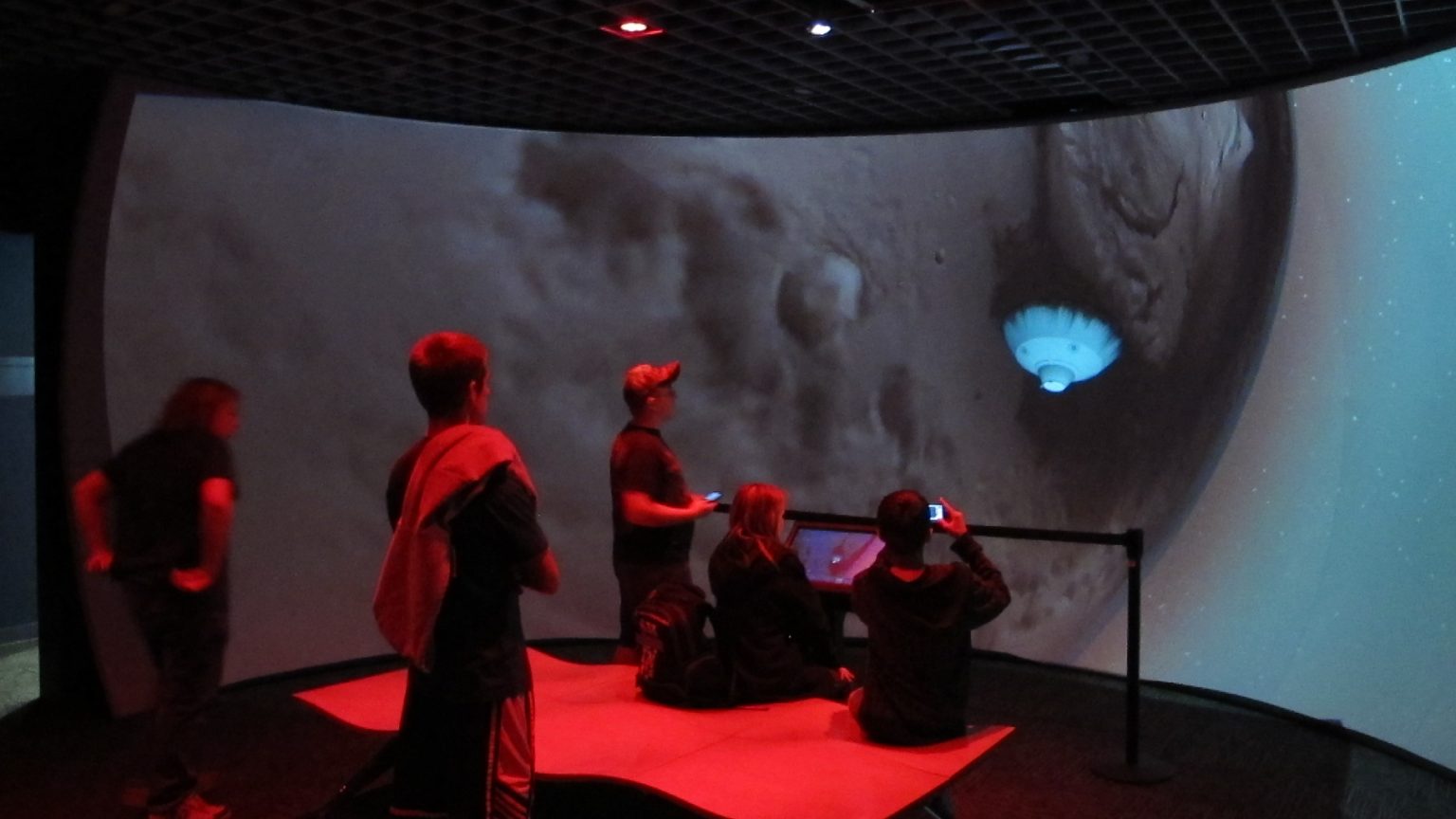 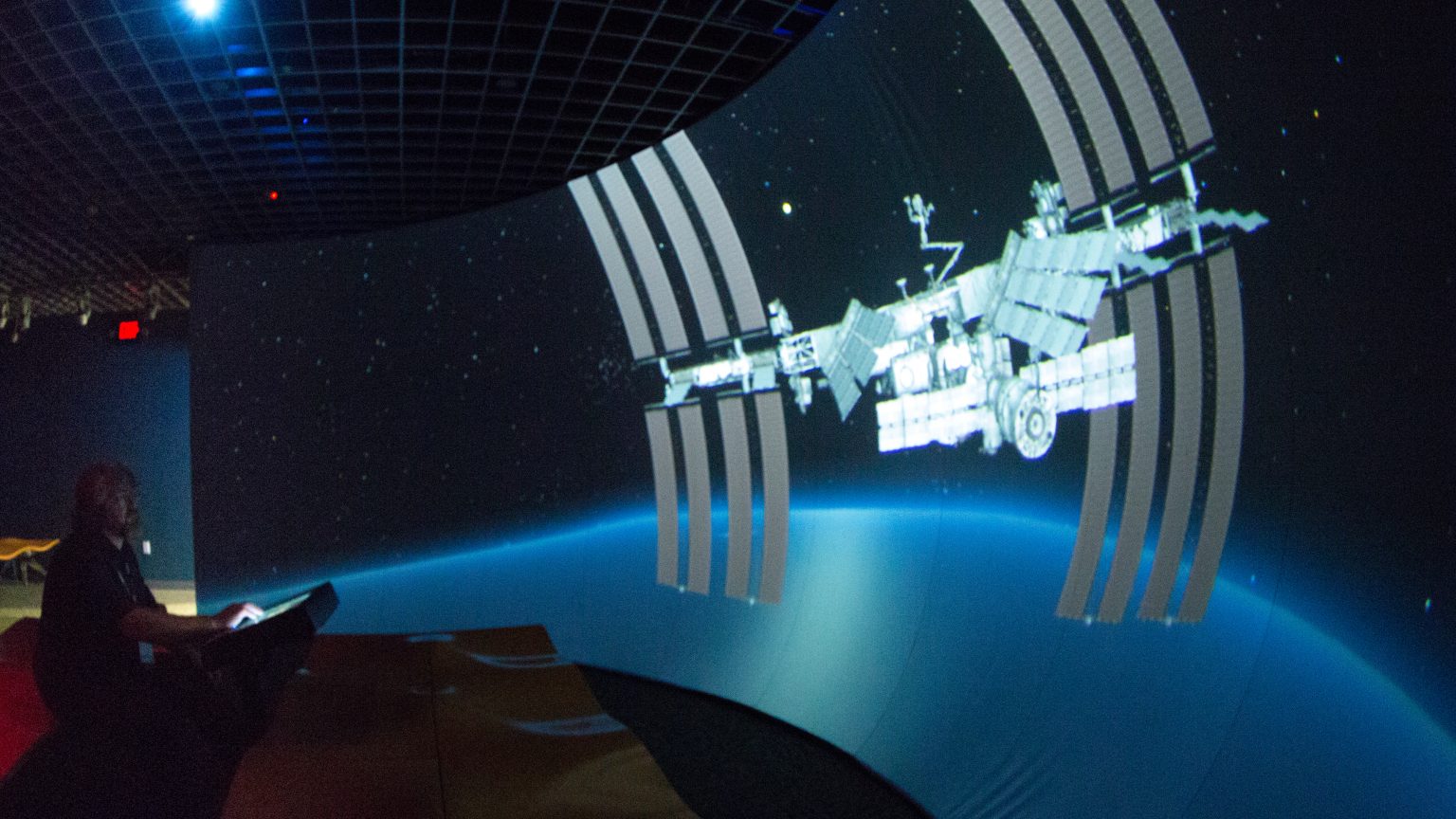 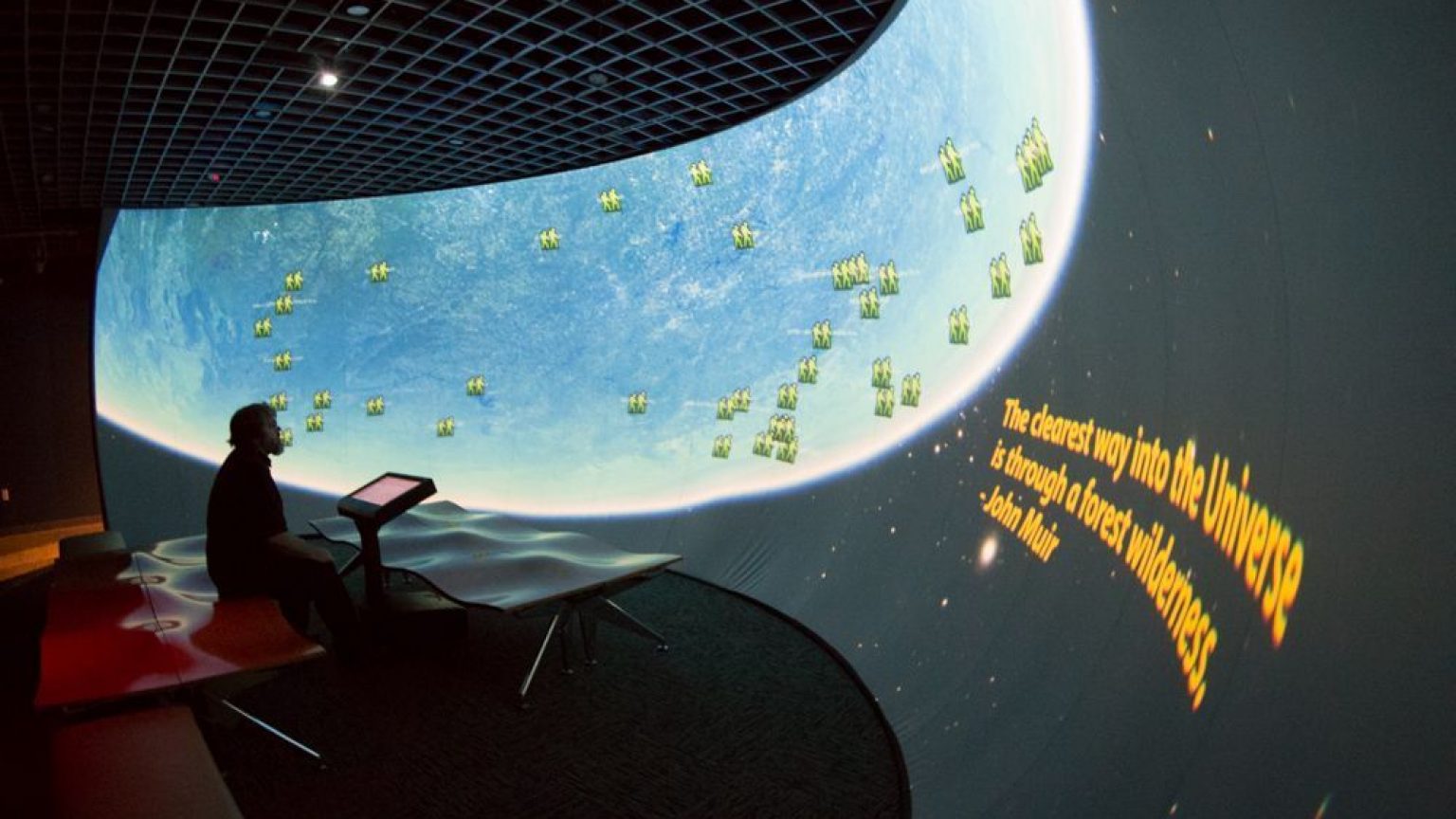 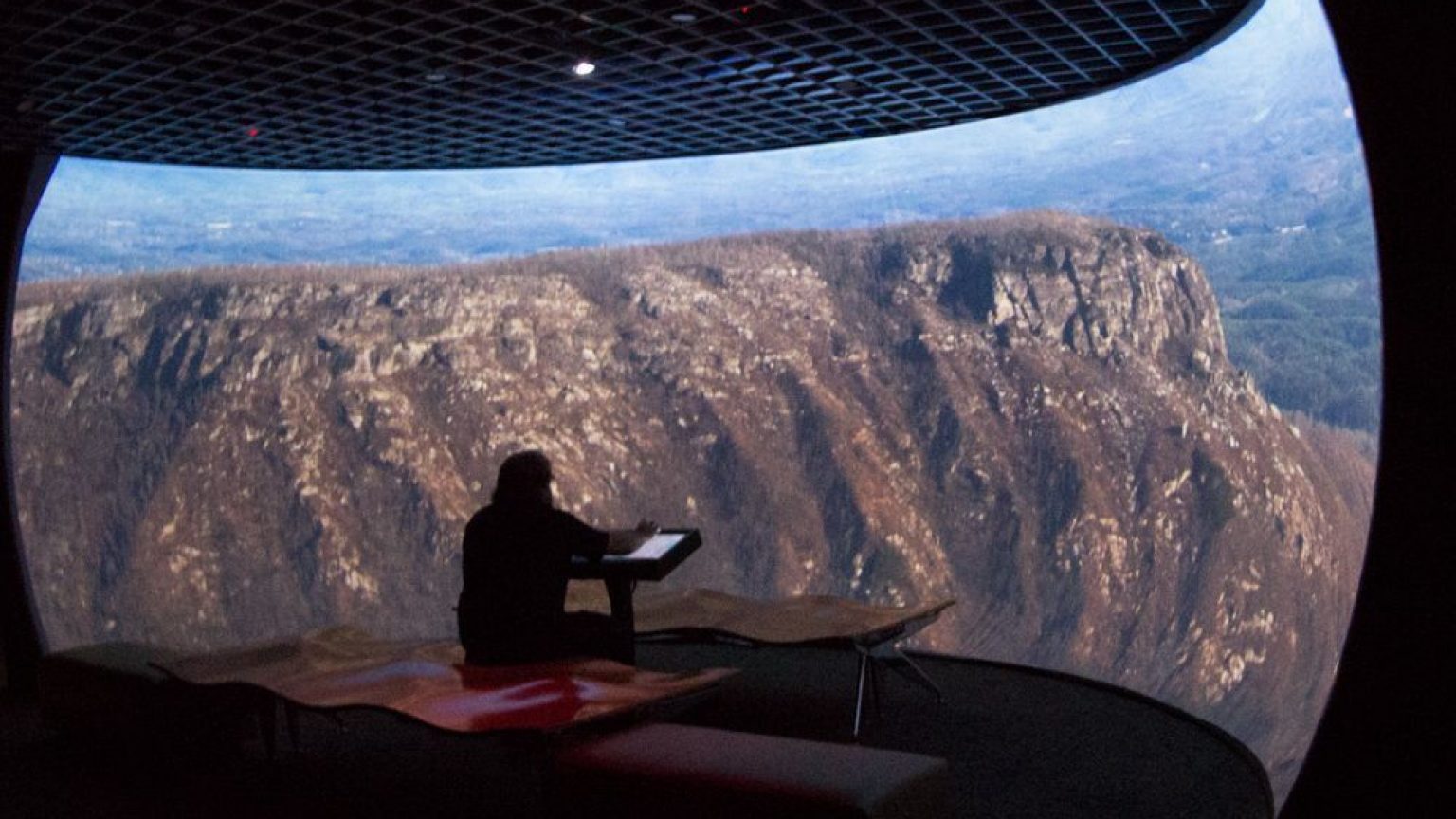 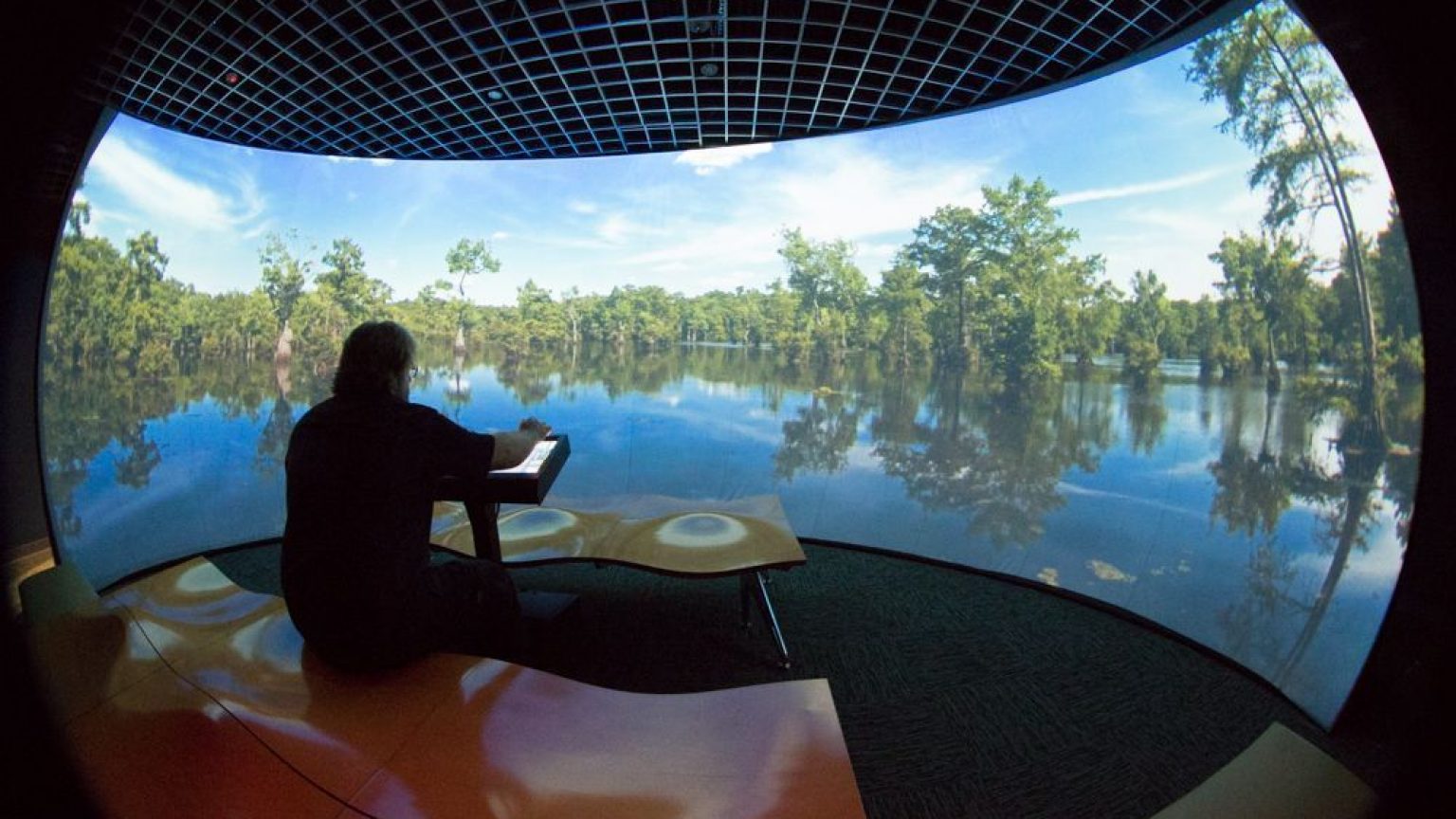 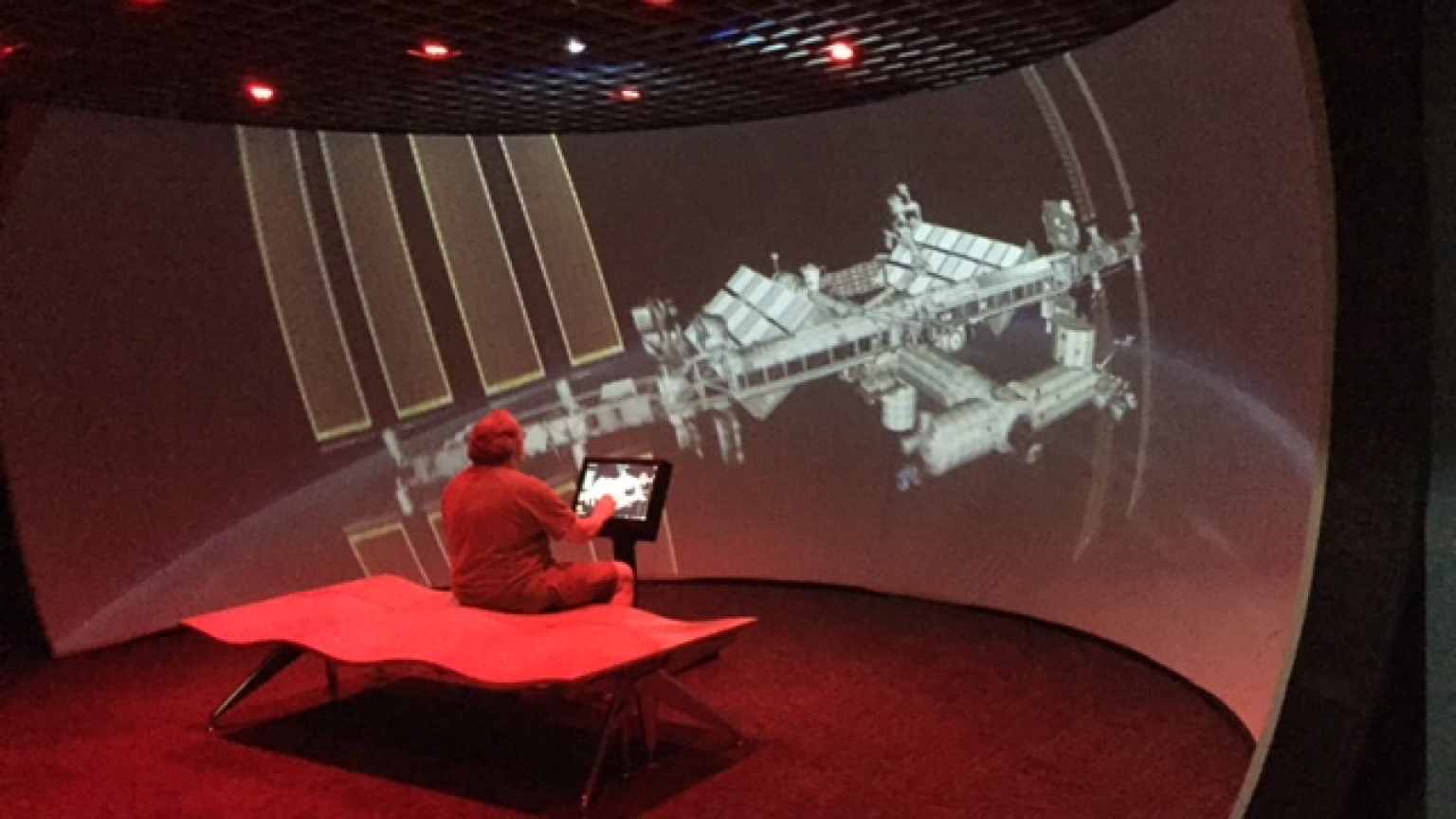 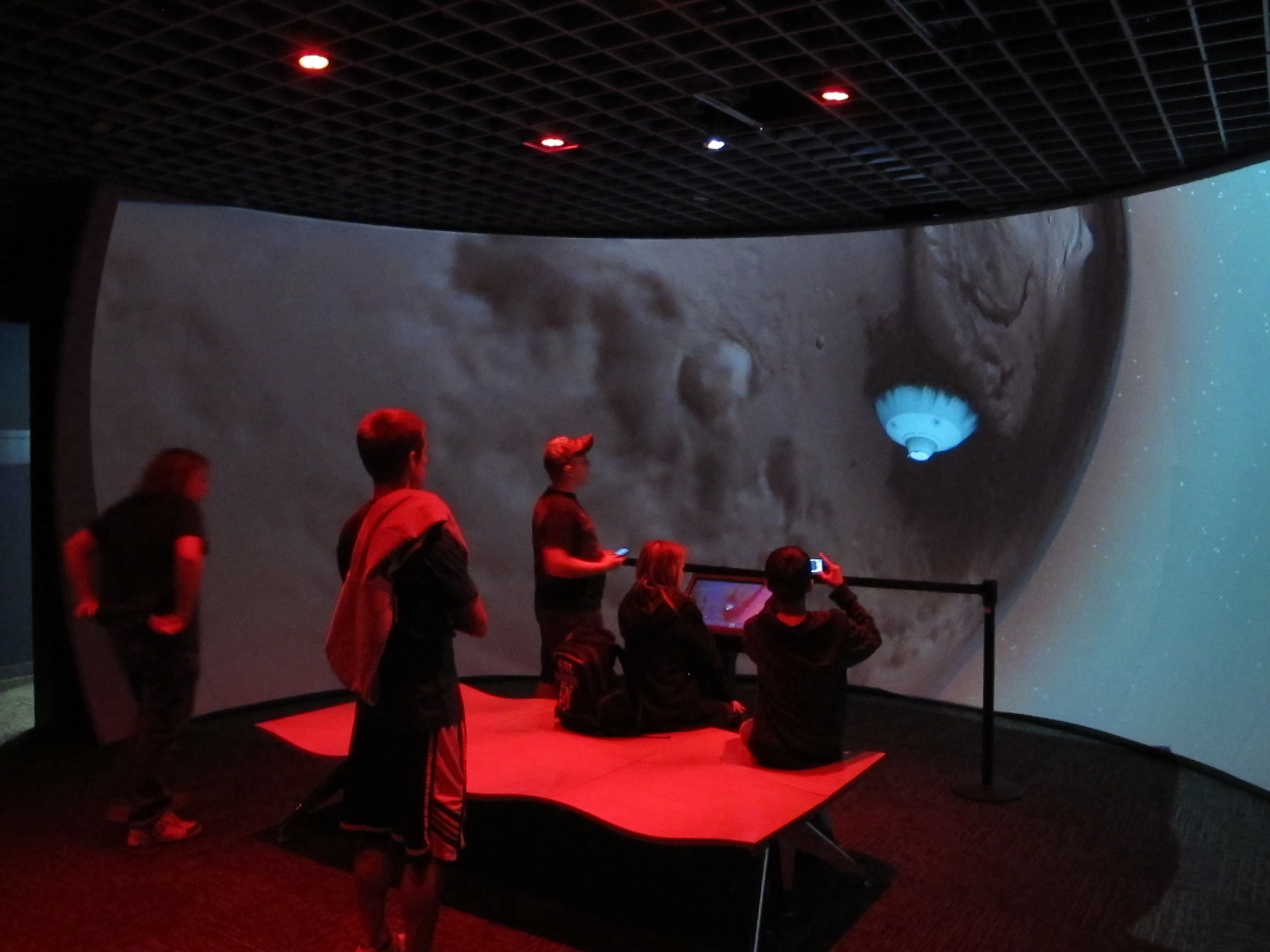 News! We updated the Science Panorama in 2021 with a 4K laser projection system. Read about it here.

Back in 2012… The Science Panorama brings immersive Earth and space science exploration to the Nature Research Center at the North Carolina Museum of Natural Sciences in Raleigh, NC. We designed an immersive theater with a 7m (23’) semi-permanent Panorama and an OmniFocus 30530 projection system. A touchscreen kiosk with a custom user interface launches WorldViewer. Content is focused on natural processes, from the global – with animated datasets created for Science on a Sphere – to the local – with images from LANDSAT’s 40 years of Earth observation. WorldComposer will allow the museum’s content team to keep the content fresh and current with science stories as they happen, presented in an interactive, immersive context. And in spring of 2015, the museum expanded their content to include kiosk versions NASA JPL’s Eyes on the Earth and Eyes on Exoplanets.

We also collaborated with NCMNS on the Marine Mammals Institute, a joint project with the NC Aquarium at Fort Fisher funded by a NOAA Ocean Education grant. The project brought two GeoDome Theaters around the state of North Carolina to showcase content developed in WorldViewer to teach teens about the effects of climate change on marine mammals, and inspire them to be part of a solution.