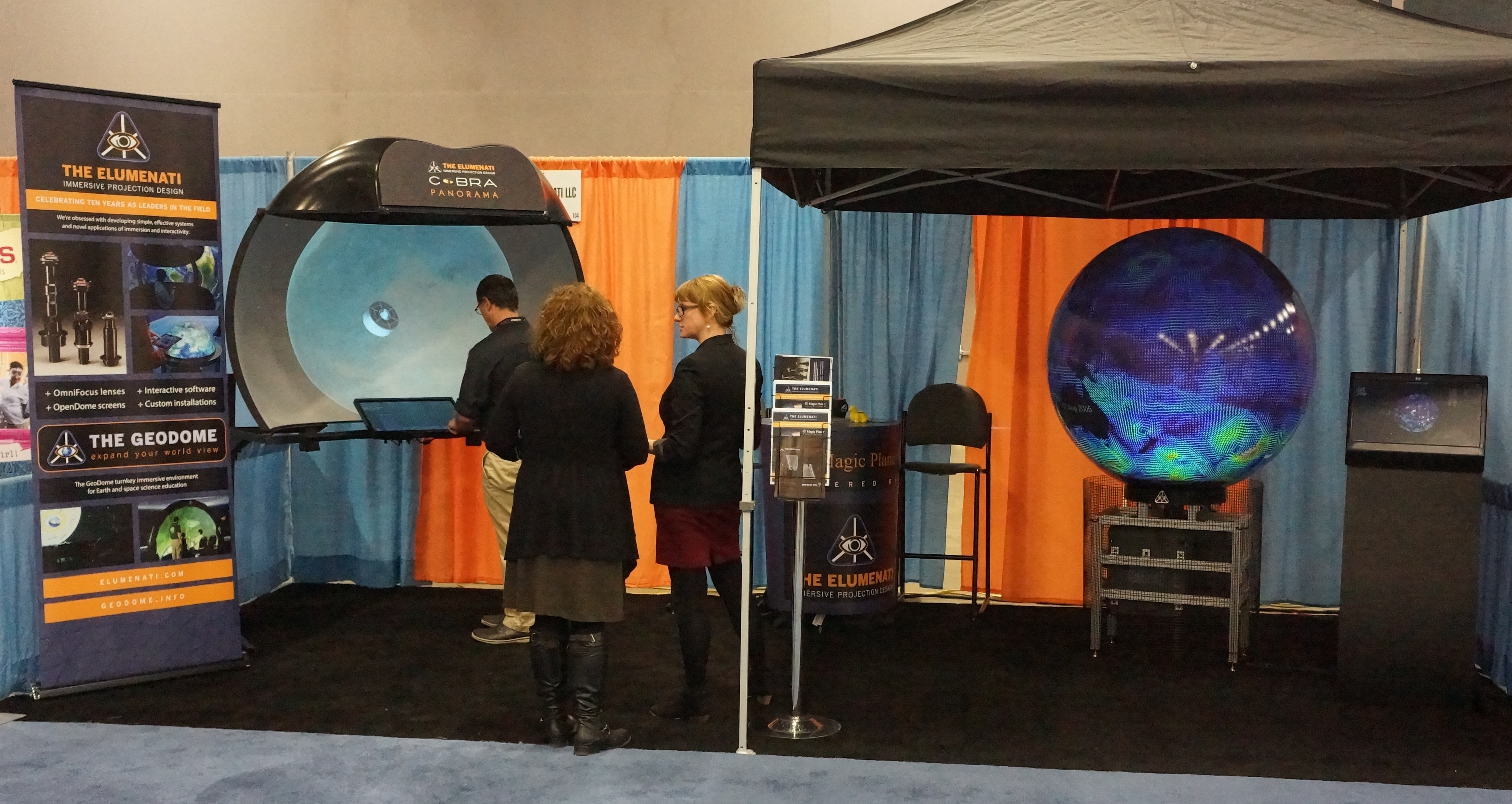 At the Association of Science and Technology Centers 2013 in Albuquerque, we showcased two new additions to our product line:

+ The Elumenati Cobra Panorama: With its 5′ panoramic screen, the Cobra is an accessible way to add immersion and interactivity to any exhibit. Simple software for content display enables a range of bright, vibrant content.

Eyes on the Earth and Eyes on the Solar System provided interactive content for both displays, enabled with Omnity for both domes and spheres through our longtime collaboration with NASA JPL.