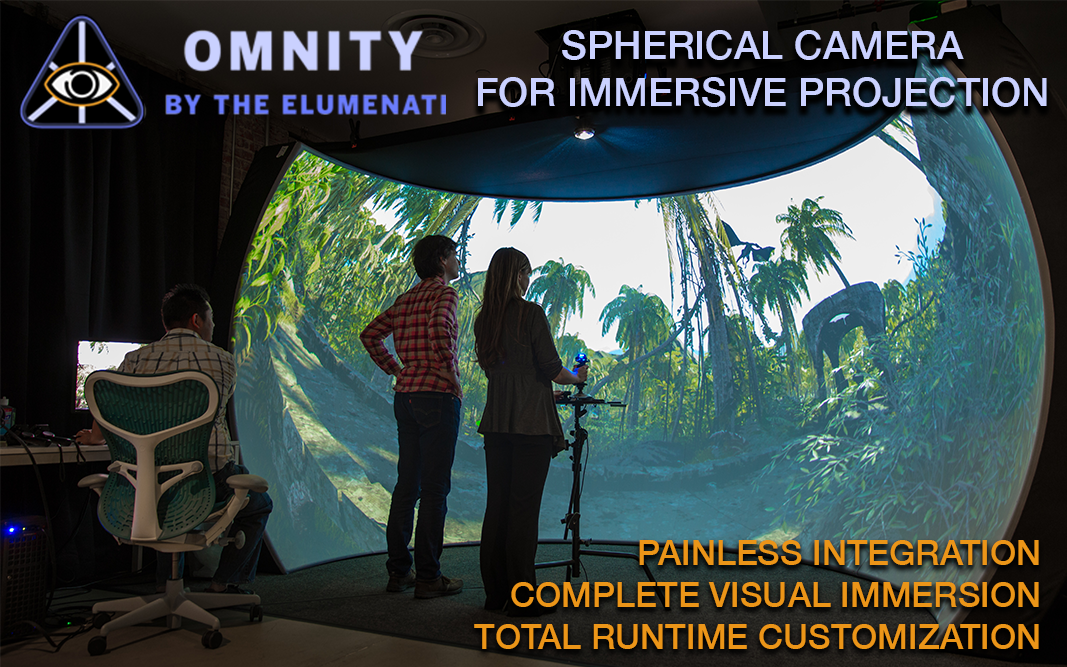 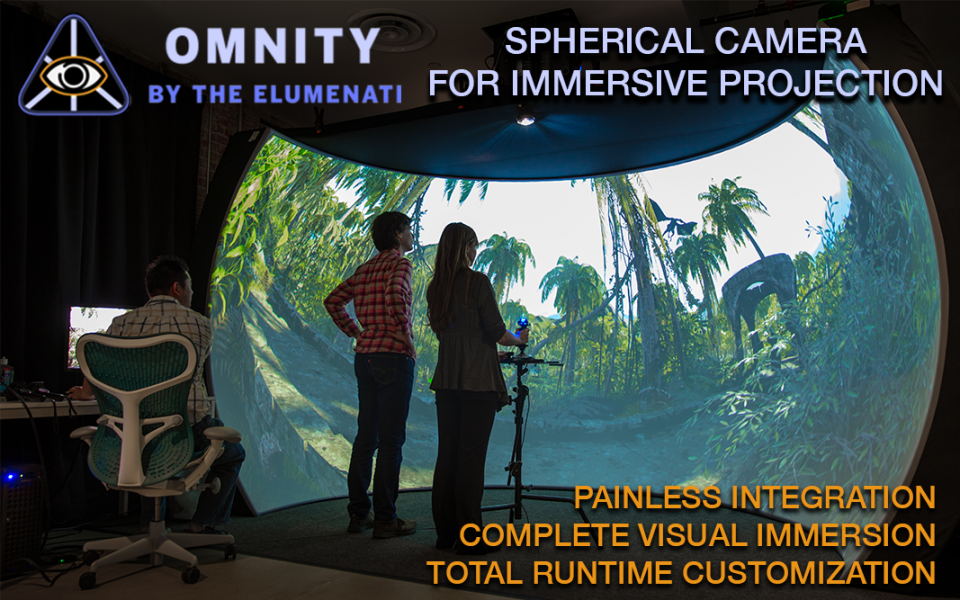 Unity is featuring Omnity in their spring sale! We’re the daily deal on Sunday, April 19, at 70% off. The latest release is compatible with Unity 2019, all the way back to 5.6. We launched Omnity several years ago and like all our software it’s evolved significantly since then. Our software tools are designed to enable the most creative minds in immersive experience design to bring their visions to life in domes, panoramas, and spheres – from the most straightforward use cases to custom development collaborations.

Omnity was designed for simplicity – all you have to do is drop a class into your Unity project for efficient, real-time correction of 3D content onto a spherical display. It was also designed for single-channel fisheye systems like OmniFocus, but we’ve developed many advanced features since then. We can work with developers to enable Omnity for globes, multi-channel installations, projection mapping, you name it.

Omnity is the basis of WorldViewer, which was also developed with simplicity in mind as a way for subject matter experts to create their own interactive, immersive stories – no programming or render time required. It still does that, but WorldViewer has evolved tremendously since then. It’s now a powerful content management system, with advanced features that support all kinds of user interfaces, third-party application launching, show control integration, SteamVR compatibility and more.