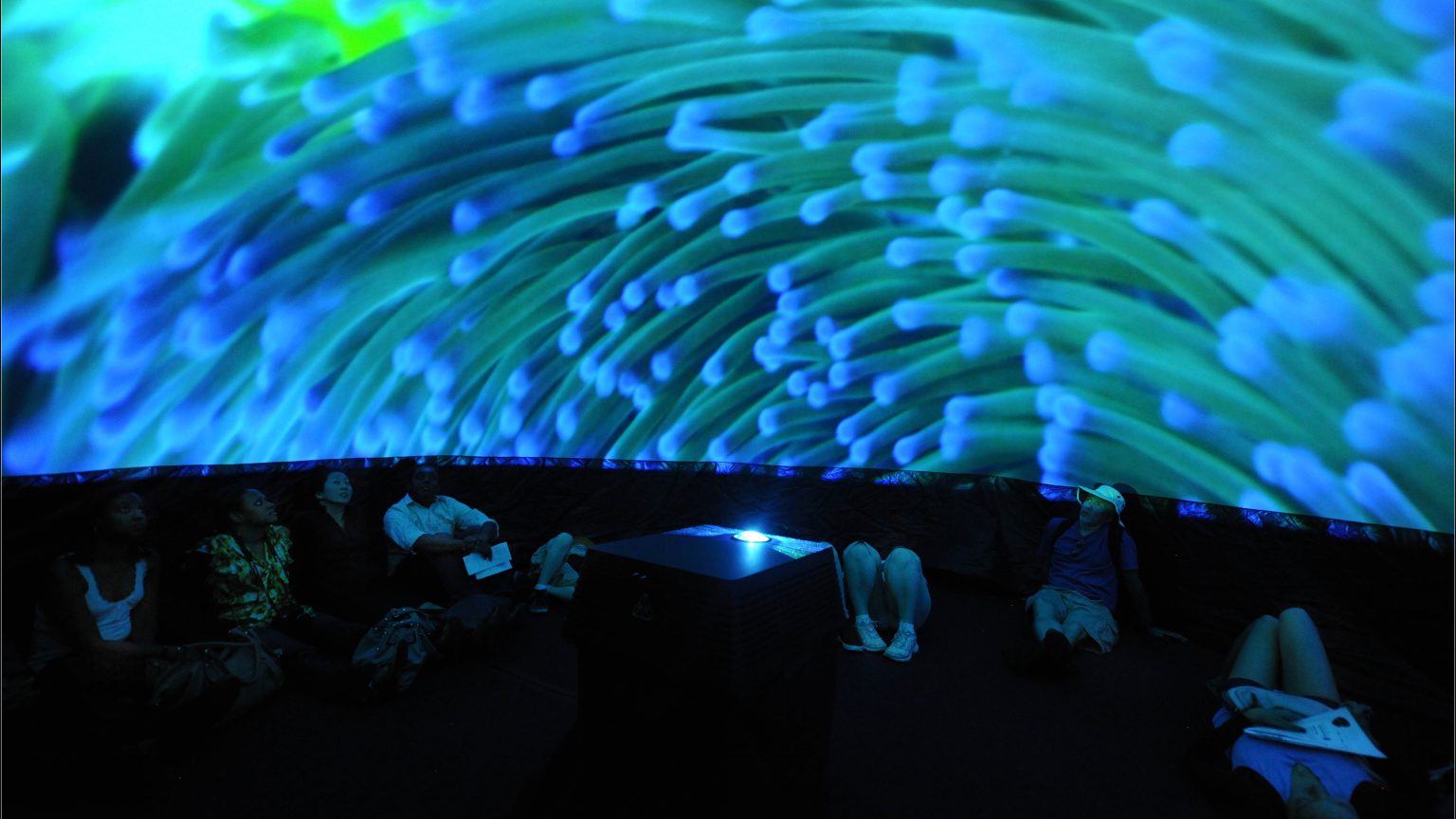 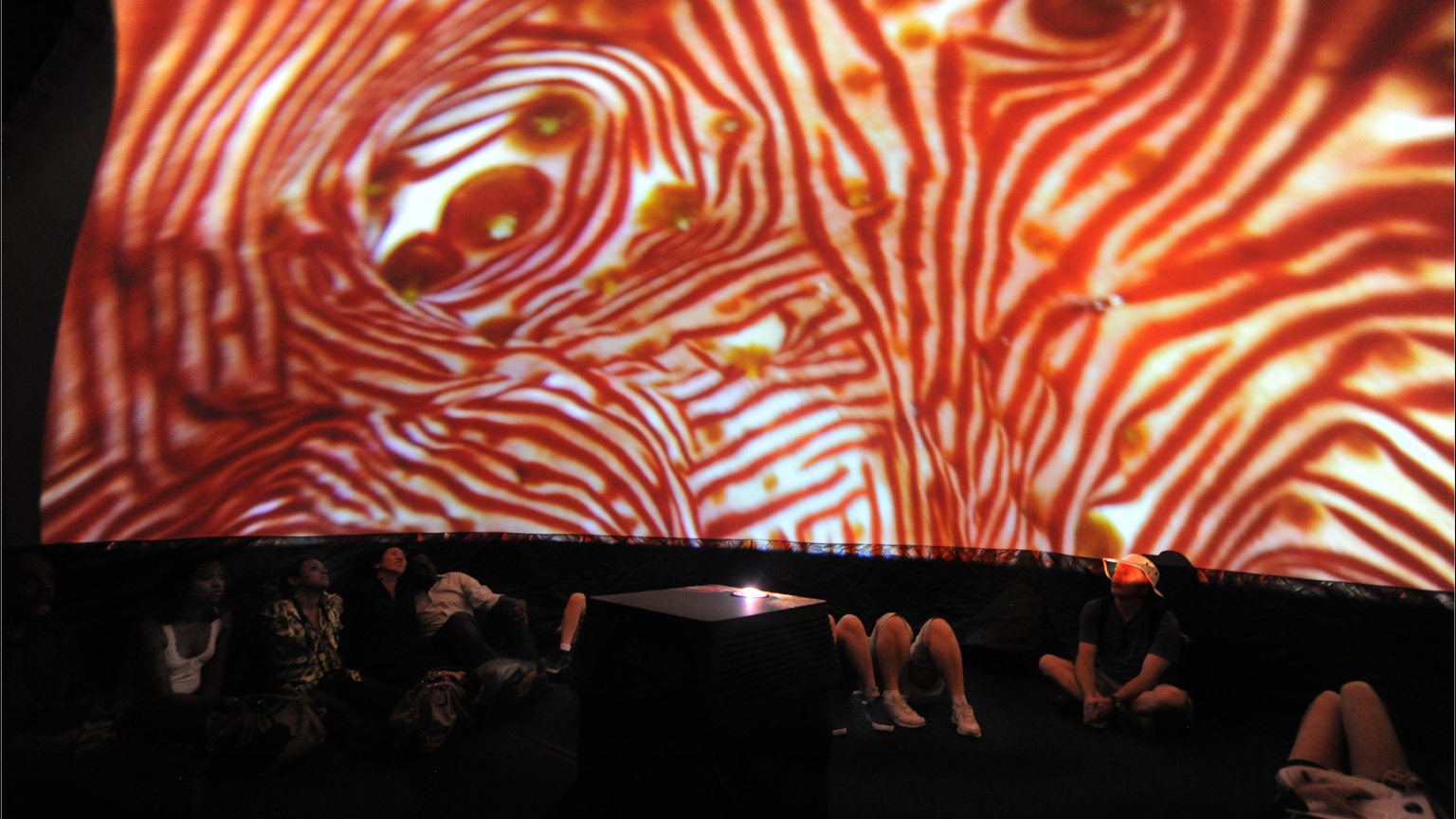 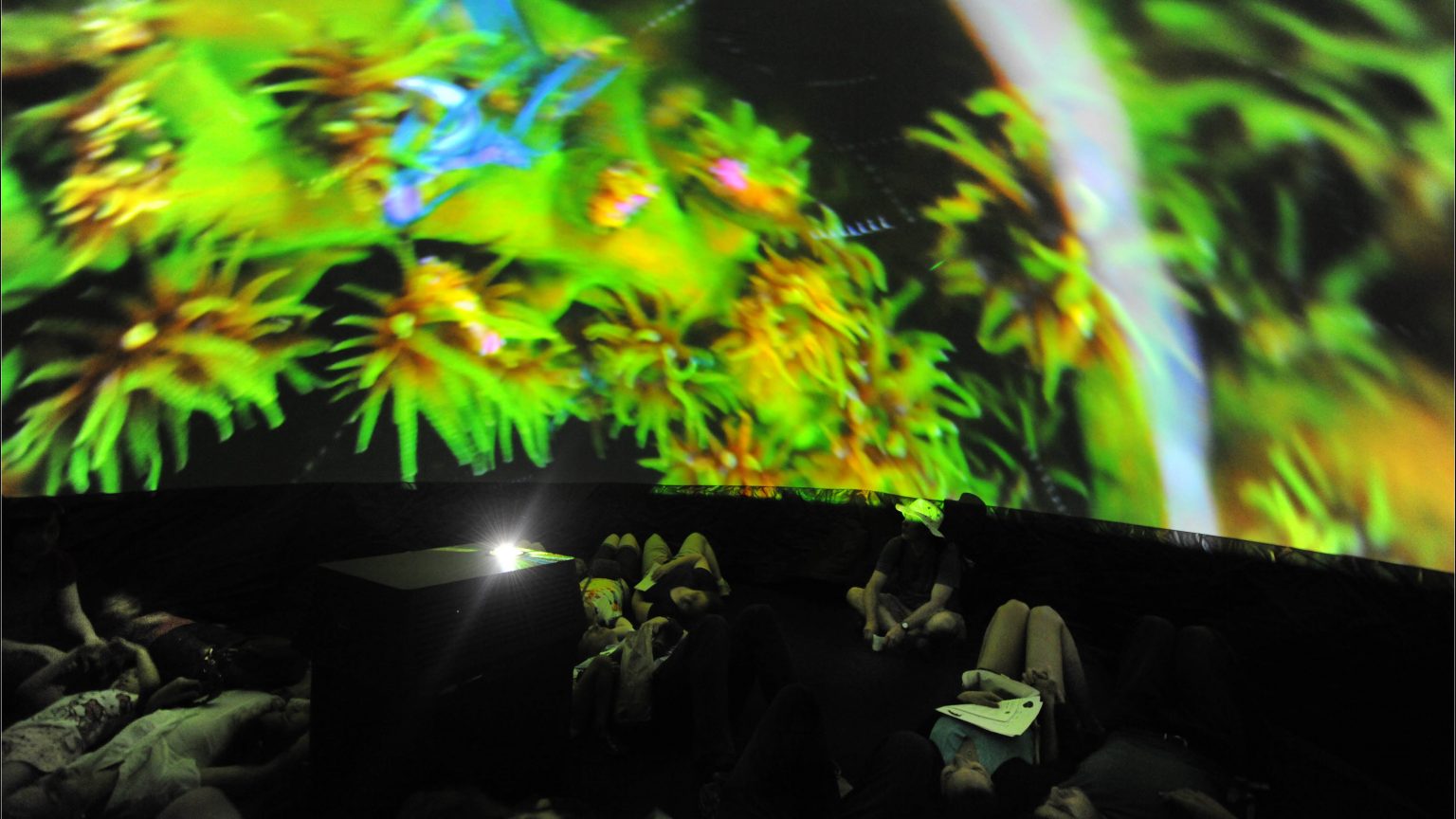 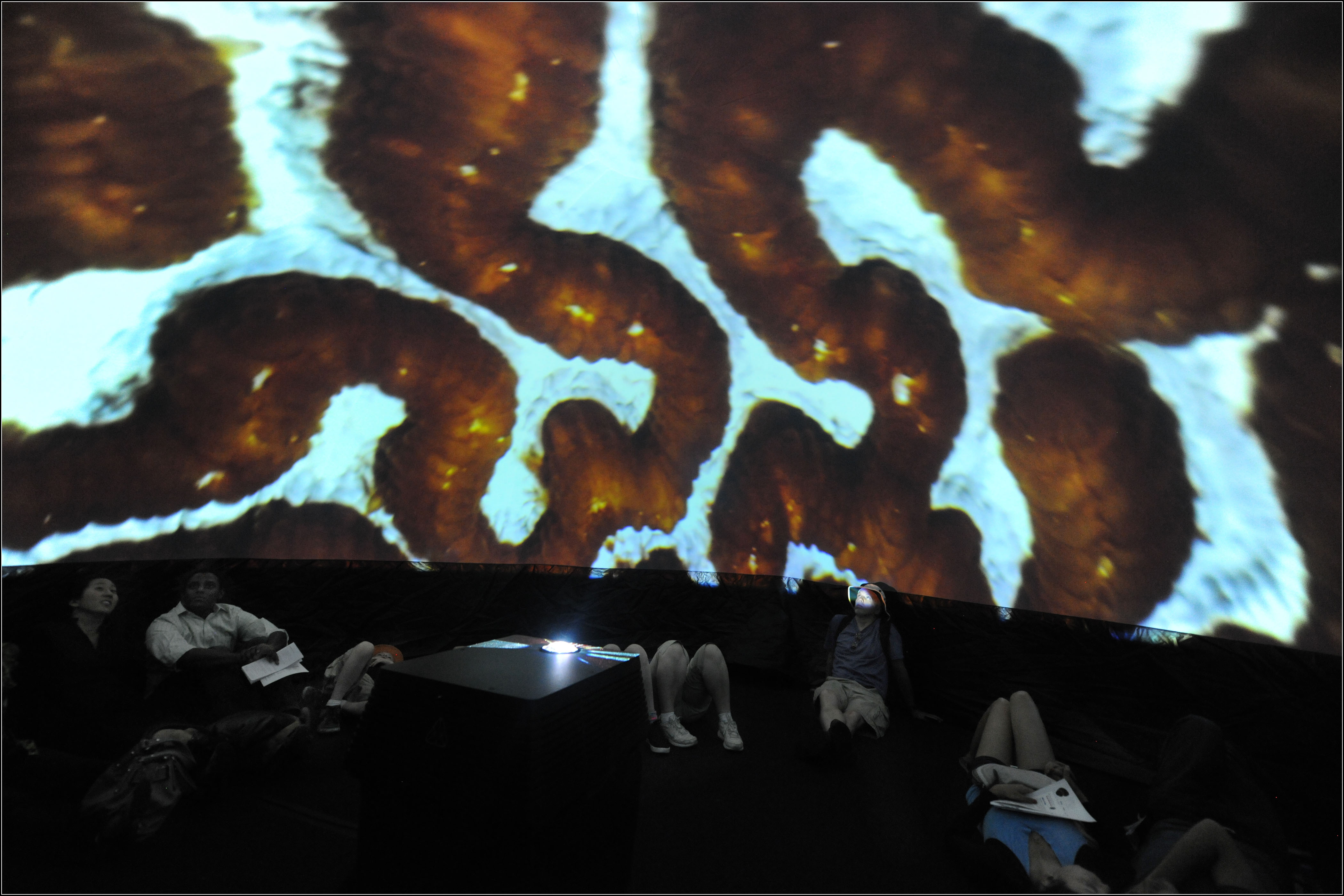 The American Museum of Natural History in New York joined the GeoDome network in spring 2012 with a GeoDome Theater and Uniview. The GeoDome will complement the programming in the Hayden Planetarium, where Uniview was developed as a collaboration between NASA, AMNH, and SCISS.

Over the summer of 2015, Water World in the GeoDome saw nearly 45,000 visitors. Created with the same techniques as those used to produce Space Shows for the Hayden Planetarium, this original immersive film mixes science visualization and high-resolution video to carry viewers on a journey from the outer solar system into the deep ocean waters of our planet to explore the rich diversity of marine life on Earth.

In summer 2012, in addition to hosting camps and classes, the AMNH GeoDome was home to a temporary exhibition of Rekindling Venus, an immersive dome installation by Australian artist Lynette Wallworth. The artwork focuses on the Great Barrier Reef to illustrate the beauty and complexity of coral ecosystems and their struggles to handle environmental stresses. Over 22,000 people saw the exhibit over a two-week period.

AMNH (along with The Elumenati) is also a partner in the Worldviews Network, a pioneering collective of science centers and digital planetariums helping communities better understand how global environmental change affects their lives through live presentations, interactive scientific visualizations, and community resilience dialogues in dome theaters.