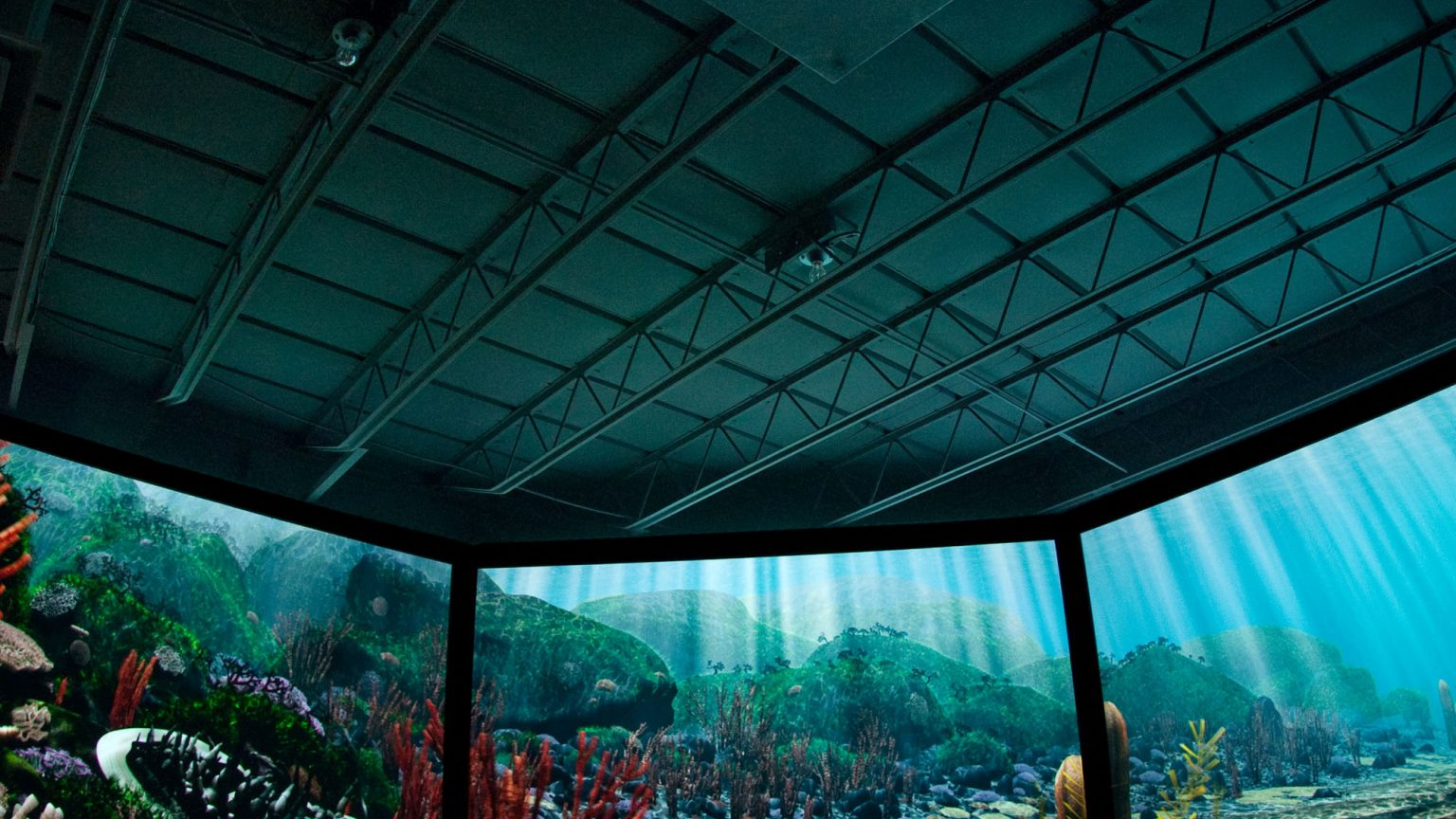 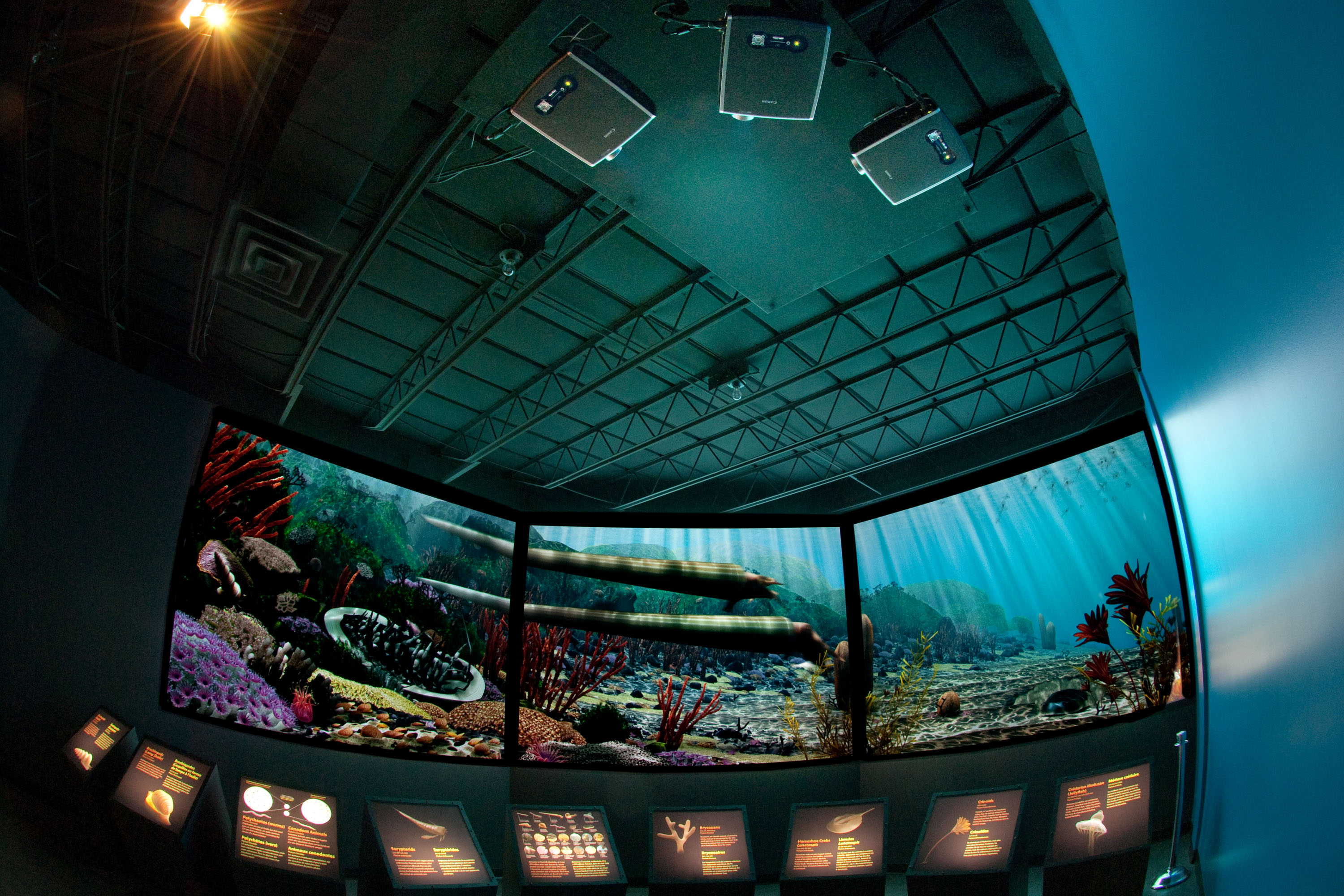 For the Manitoba Museum’s Ancient Seas exhibit, The Elumenati used our customizable and versatile OmniPlayer software, which we’ve used in many of our custom integration projects.  OmniPlayer allows for multi-screen video playback at resolutions up to 4000 x 4000 pixels while employing such features as OmniMap geometry correction and stereo playback with real-time convergence adjustment.