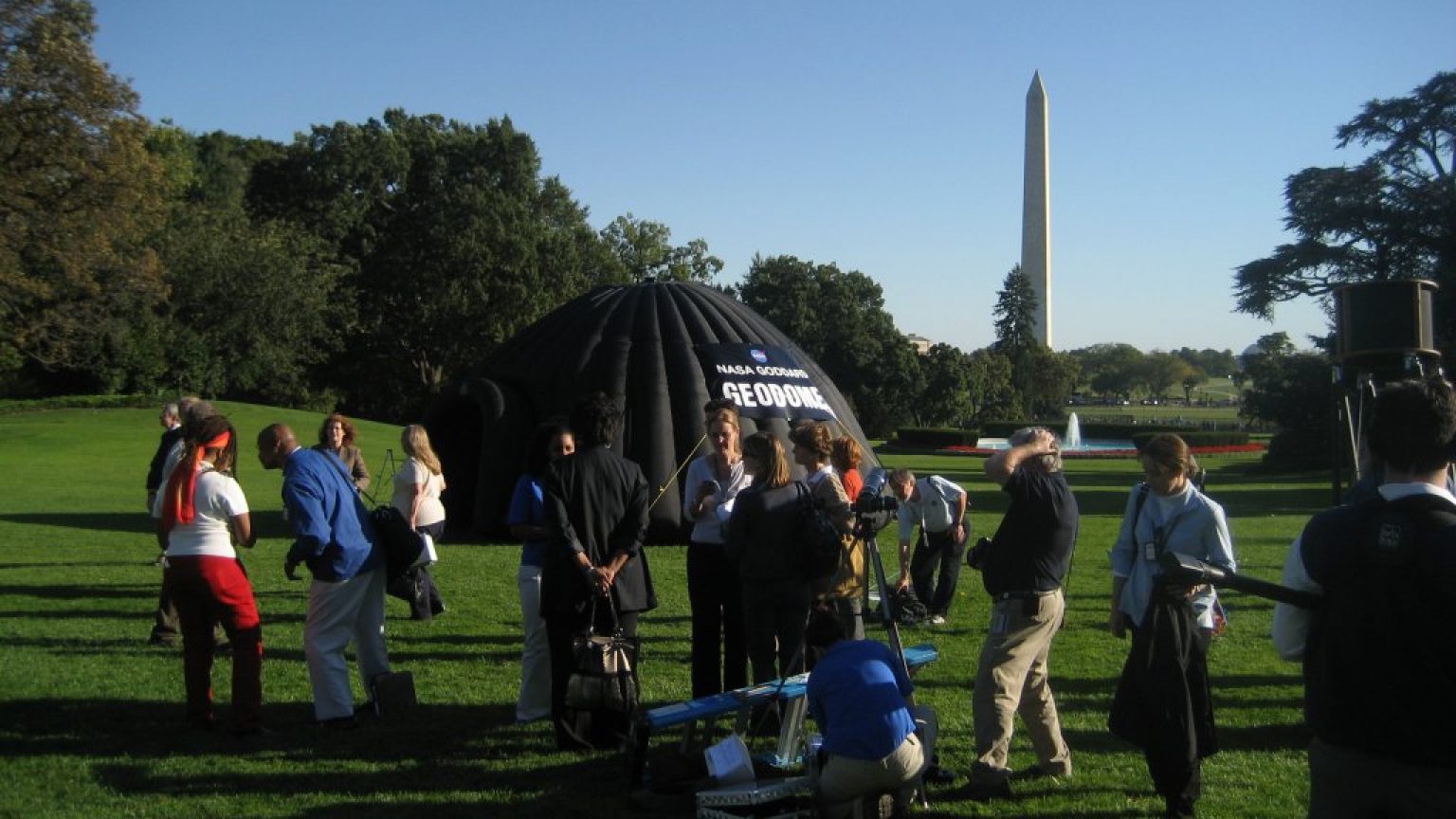 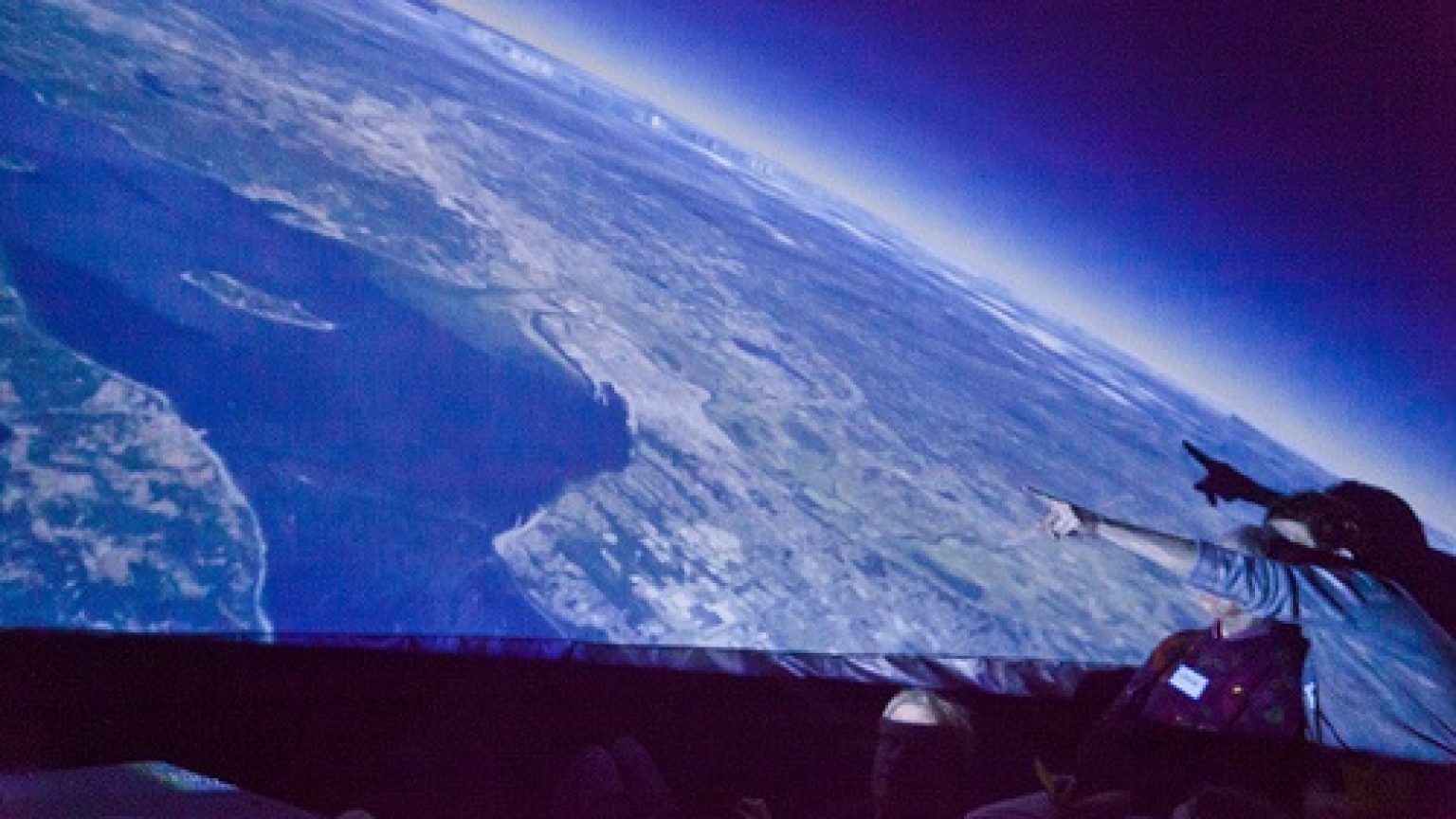 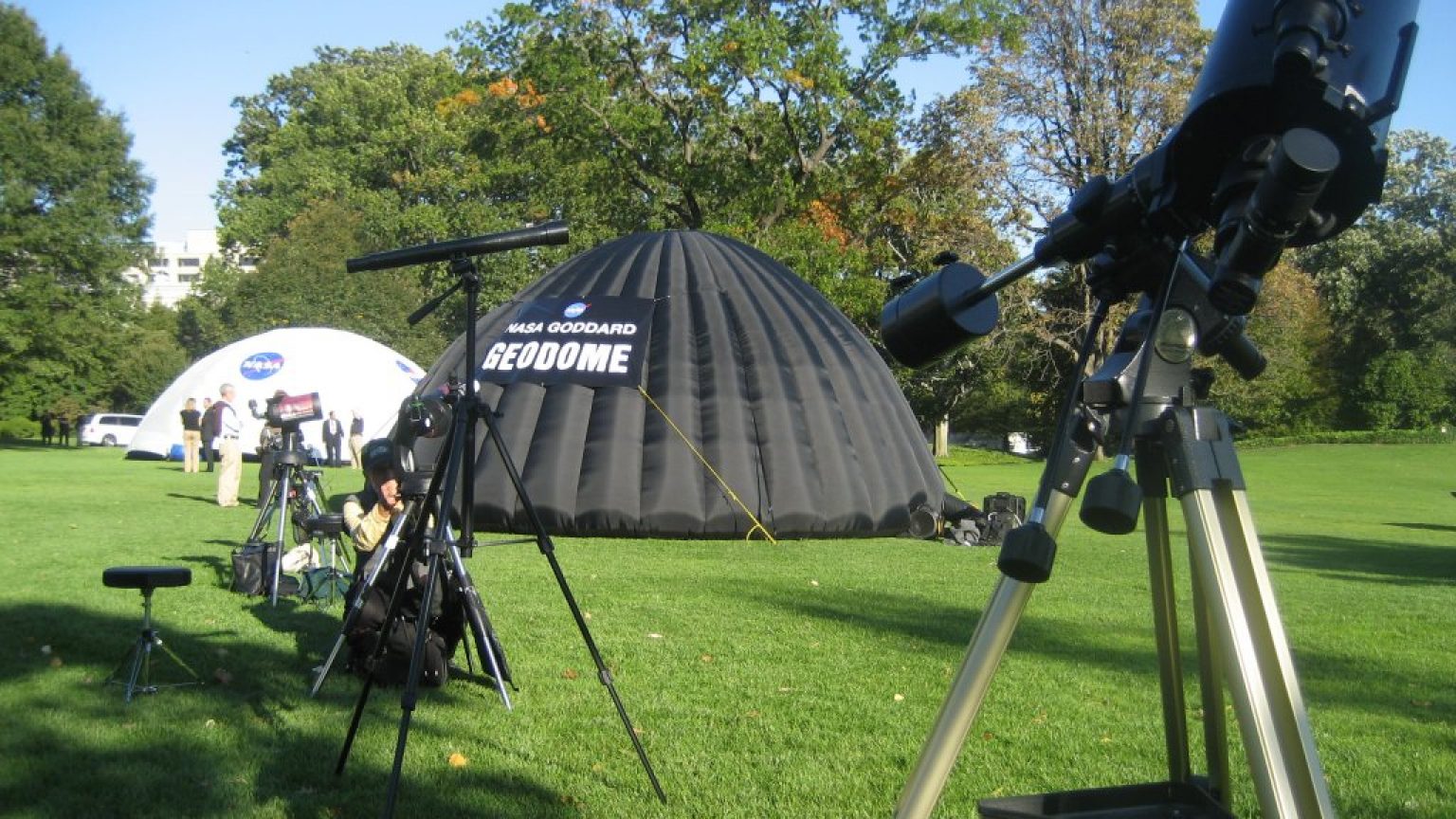 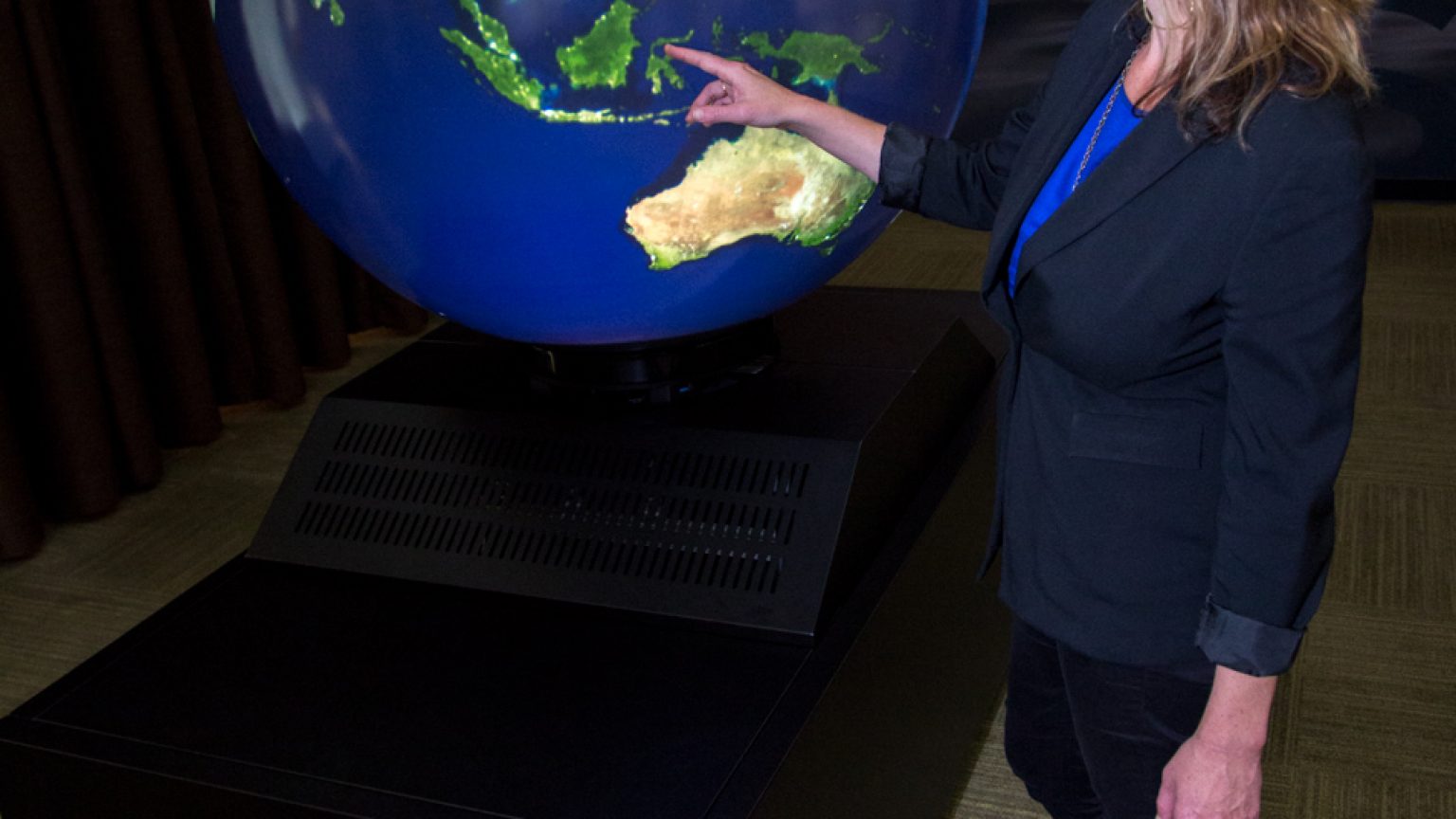 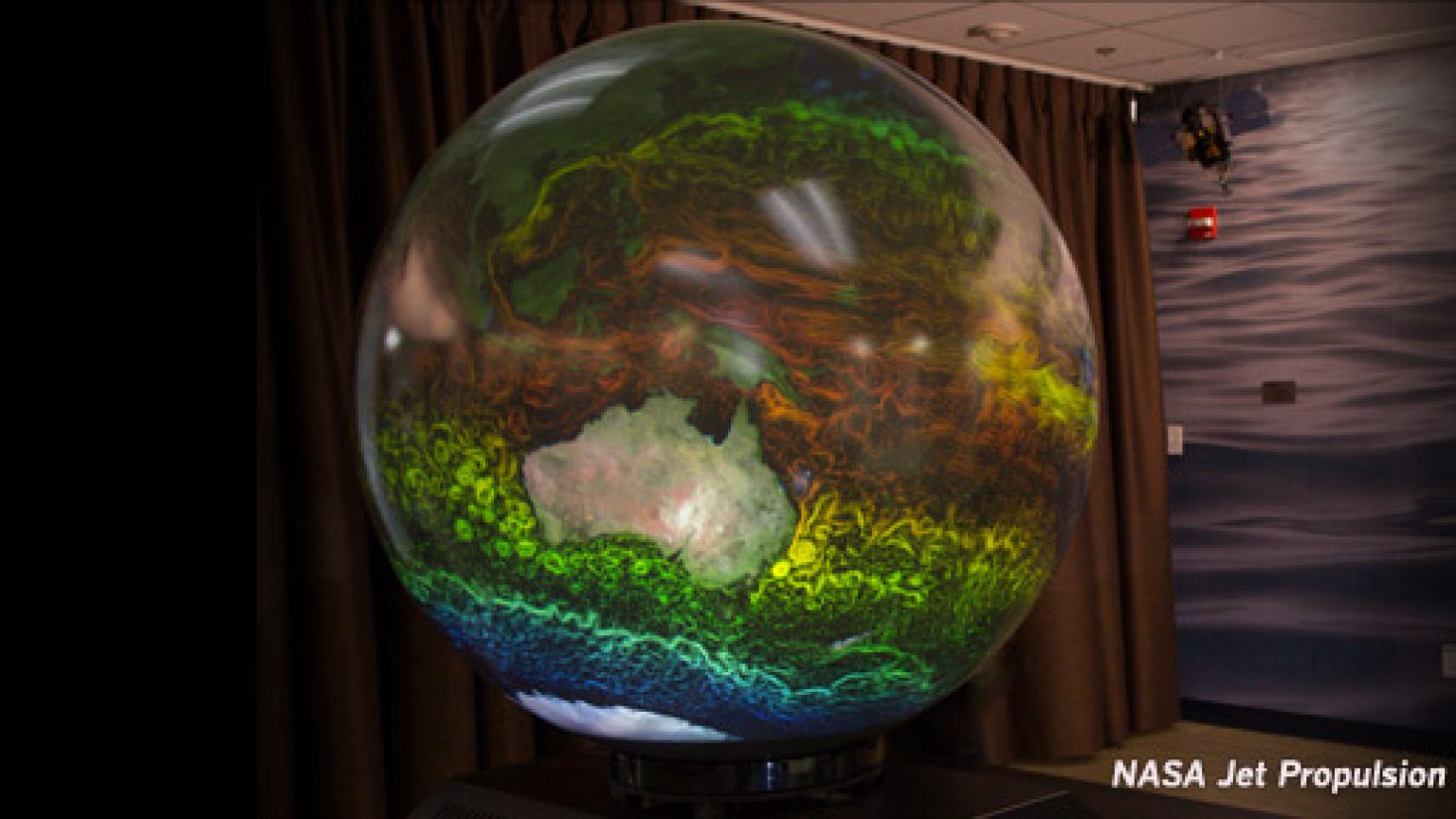 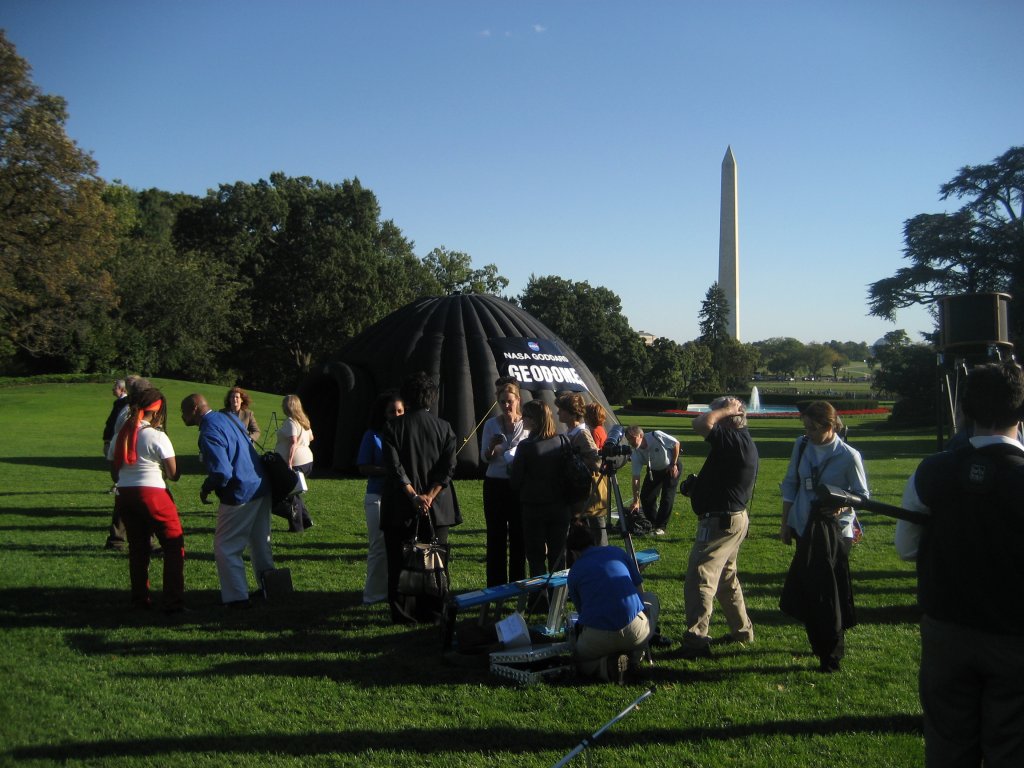 NASA Jet Propulsion Laboratory
In addition to Uniview, WorldViewer, and WorldComposer, JPL’s GeoDome Theater and digital video globe are the first GeoDome systems to run Eyes on the Earth, Eyes on the Solar System, and Eyes on Exoplanets. We’ve collaborated with JPL for several years as they’ve developed these interactive tools, which use real-time NASA mission data to let audiences monitor the Earth’s vital signs and tour the cosmos. Our Omnity plugin enables the Unity3D-based Eyes platforms for display on domes and spheres, with curated kiosk versions developed in partnership with leading museums. Through our partnership with JPL, we’ve added the software to our product line, making it available to our network of clients using GeoDomes for Earth and space science education.

The Earth Science Center at NASA JPL features an Elumenati Digital Video Globe. We installed an OmniFocus dual-projector system in 2013, which runs the Eyes software platforms as well as Global Imagination’s StoryTeller® software. NASA JPL’s outreach program brings their GeoDome Theater to schools and events in the region they serve, with the full suite of interactive programs we offer.

NASA Goddard Space Flight Center
NASA Goddard uses a GeoDome Theater with Uniview in its visitor center and outreach programs. Acting as a hub for the network of GeoDome clients, NASA Goddard hosts events, provides new data for Uniview, and explores new ways to use the GeoDome for Earth and space science education. We work closely with them on these projects, and over the years we’ve consulted in various capacities on Earth science educational initiatives. We were invited to host presentations in their GeoDome at the White House Star Party hosted by the Obamas in 2009.

NASA Marshall Space Flight Center
NASA Marshall acquired a Geodome Theater with Uniview in 2010, and joins the network of clients using the systems for Earth and space science education. A recent event was at the Intrepid Museum in New York.

We look forward to continuing our collaboration with these and other NASA centers for years to come!