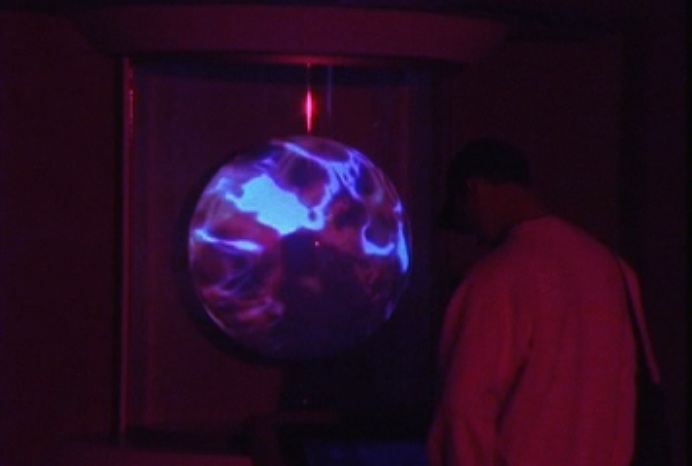 The Elumenati worked with the exhibit design firm EffectDesign to develop a spherical projection system for Seattle’s Science Fiction Museum and Hall of Fame. Visitors call up their own planet and see it from within a 24 inch diameter digitally-projected globe. EffectDesign collaborated with the National Oceanic and Atmospheric Administration to create a five foot diameter spherical display featuring clips from classic sci-fi motion pictures as well as satellite-gathered planetary surfaces from the Moon, Mars, the Sun and remote fantasy worlds. In addition to media production, EffectDesign supervised projection system engineering and multi-channel soundtrack production to create a magical first impression to guests entering the Homeworld gallery. The system developed for this exhibit is now commercially available from Effect Design under the name PromoGlobe.