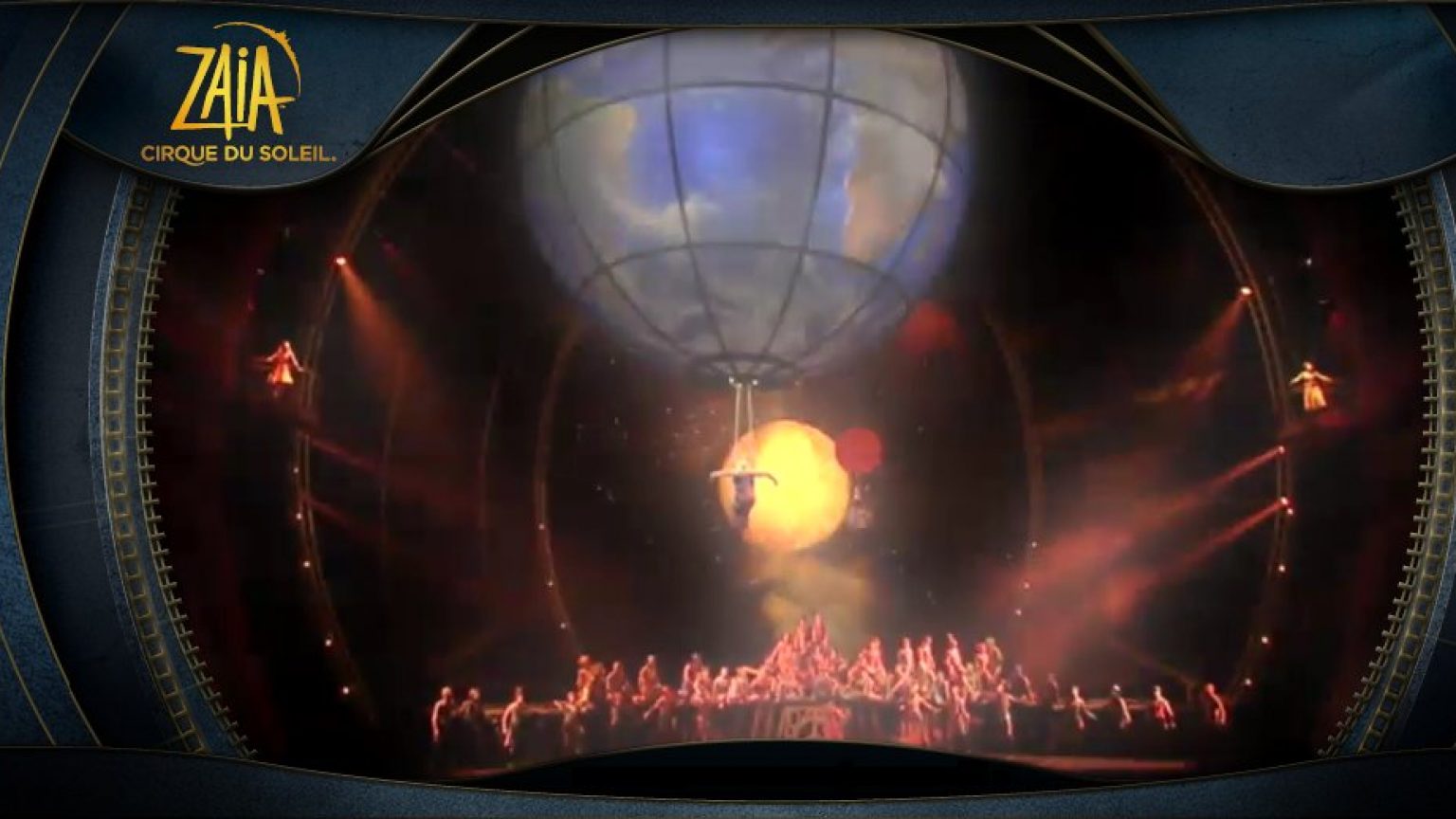 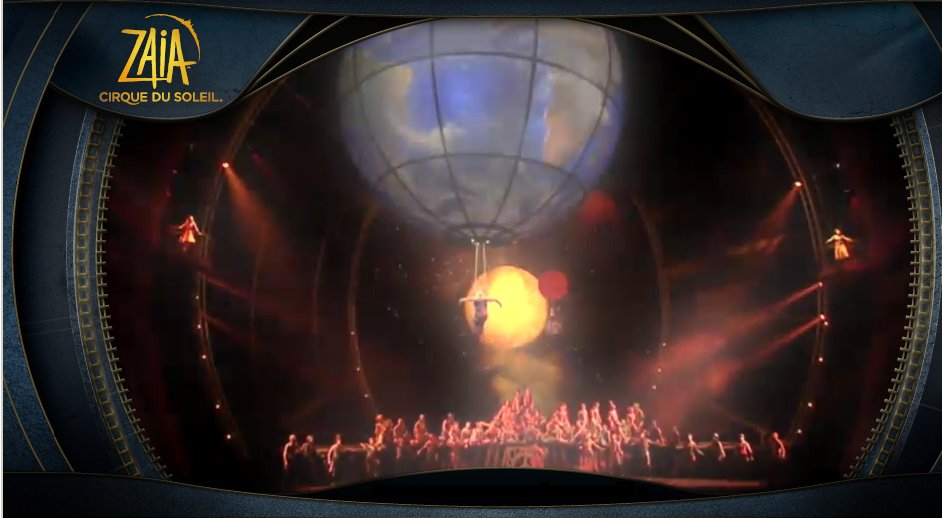 The renowned French-Canadian circus troupe Cirque du Soleil utilized an Elumenati HAL-X1 to create an internally projected 360-degree floating balloon for use in their Varekai show. A playful hot-air balloon was used as an integral part of a clown’s performance, and the Cirque’s lighting designers wanted to find a way to fill the balloon’s surface with dynamic video projections to add to the mystery, ambiance, and humor of the show. To achieve this, the designers approached the Elumenati about using an Omnifocus system. The HAL-X1 was small and light enough to be mounted within the balloon, could fill the entire balloon surface with in-focus imagery, and still providing the buoyancy necessary for interaction with the actors.

After a successful collaboration Verakai, Cirque du Soleil approached the Elumenati for a second project in the summer of 2007. For the Zaia project, they needed to create an 8m floating “digital planet” that would also house the rigging for the acrobats as they traversed over the heads of the audience. The Elumenati worked with Cirque du Soleil to design a projection environment that optimized the locations of six Omnifocus SX8  systems, providing critical distortion and overlap information for their video production team. On your next visit to Macau, make sure to see the show! In the meantime, the video is here.