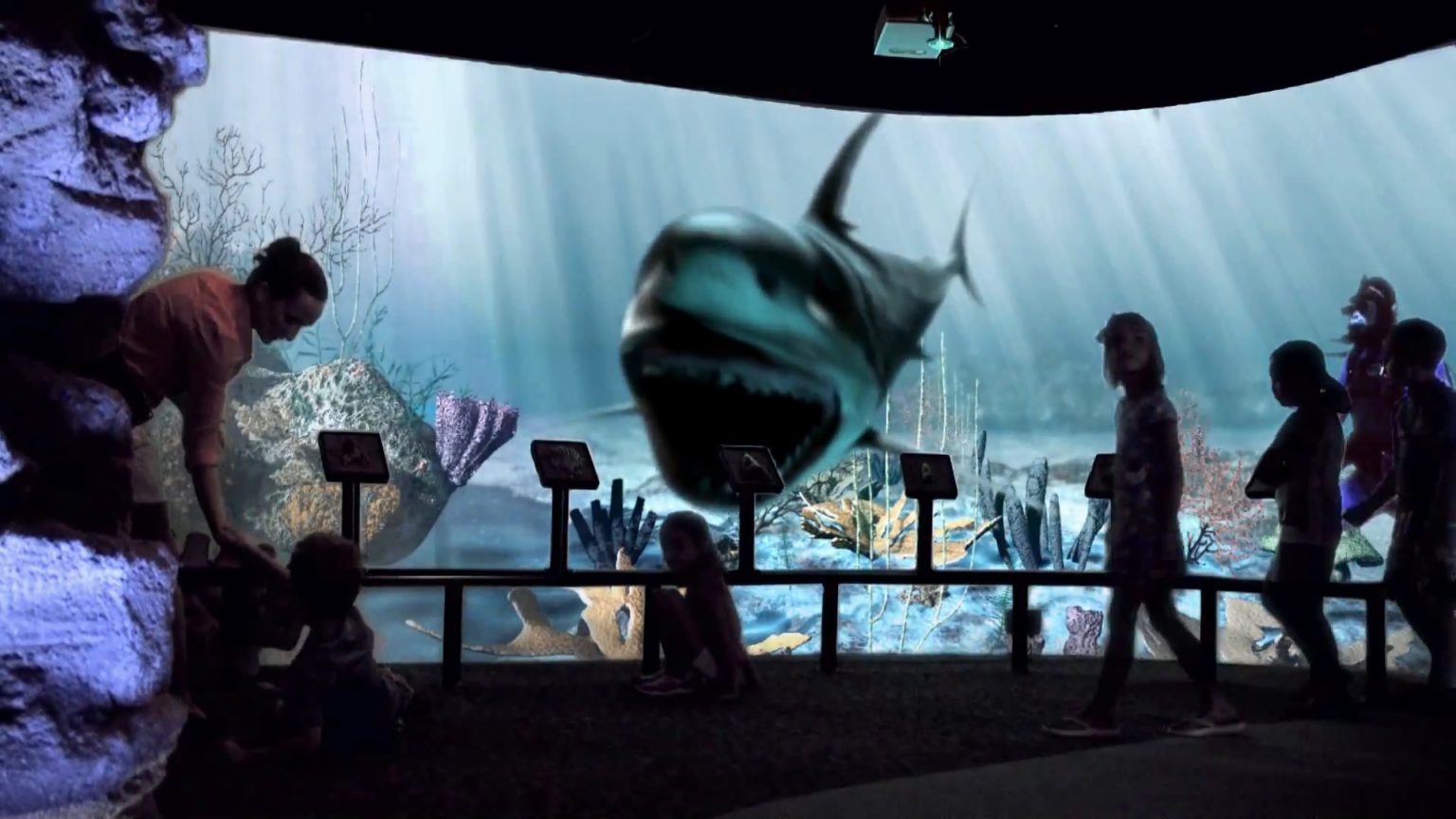 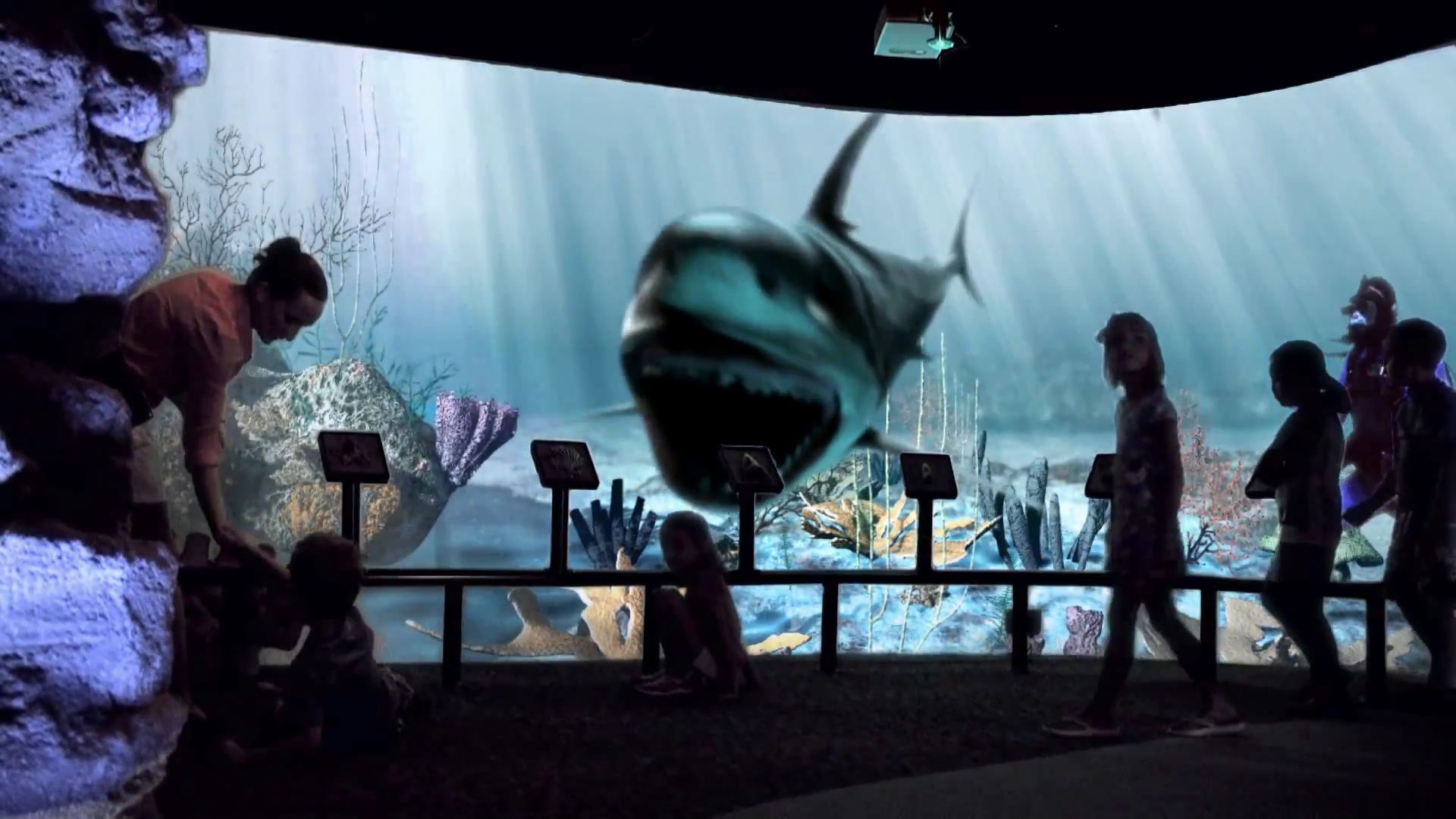 Megalodon: Diving with North Carolina’s Ultimate Predator is a new interactive exhibit at the North Carolina Aquarium at Fort Fisher. An OmniFocus 30260 projector fills a curved wall with dynamic 3D animation that highlights the size and power of the extinct shark species. We worked closely with the Aquarium’s creative team to develop the interactive content using The Elumenati’s Omnity software package for the Unity3D game engine, as well as on the design and integration of the screen, projector, and interactive control devices. Up to 4,000 visitors a day experience the sensation of swimming with a prehistoric predator. Check out the video here.

The Megalodon exhibit was our second collaboration with the Aquarium at Fort Fisher. They also headed up the Marine Mammals Institute, which was funded by a NOAA Ocean Education grant. The project brought two GeoDome Theaters around the state of North Carolina to showcase content developed on the WorldViewer platform to teach teens about the effects of climate change on marine mammals.