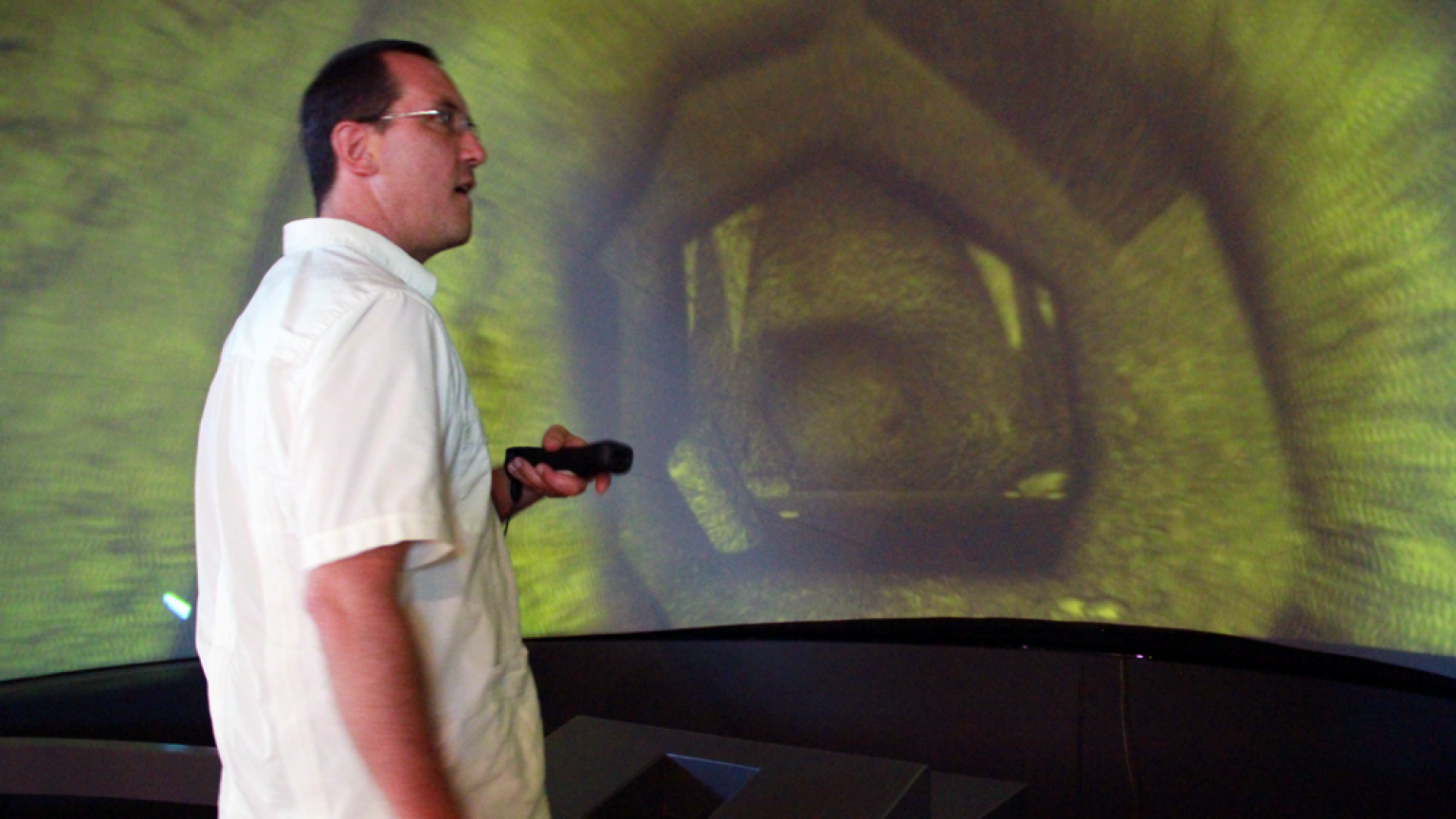 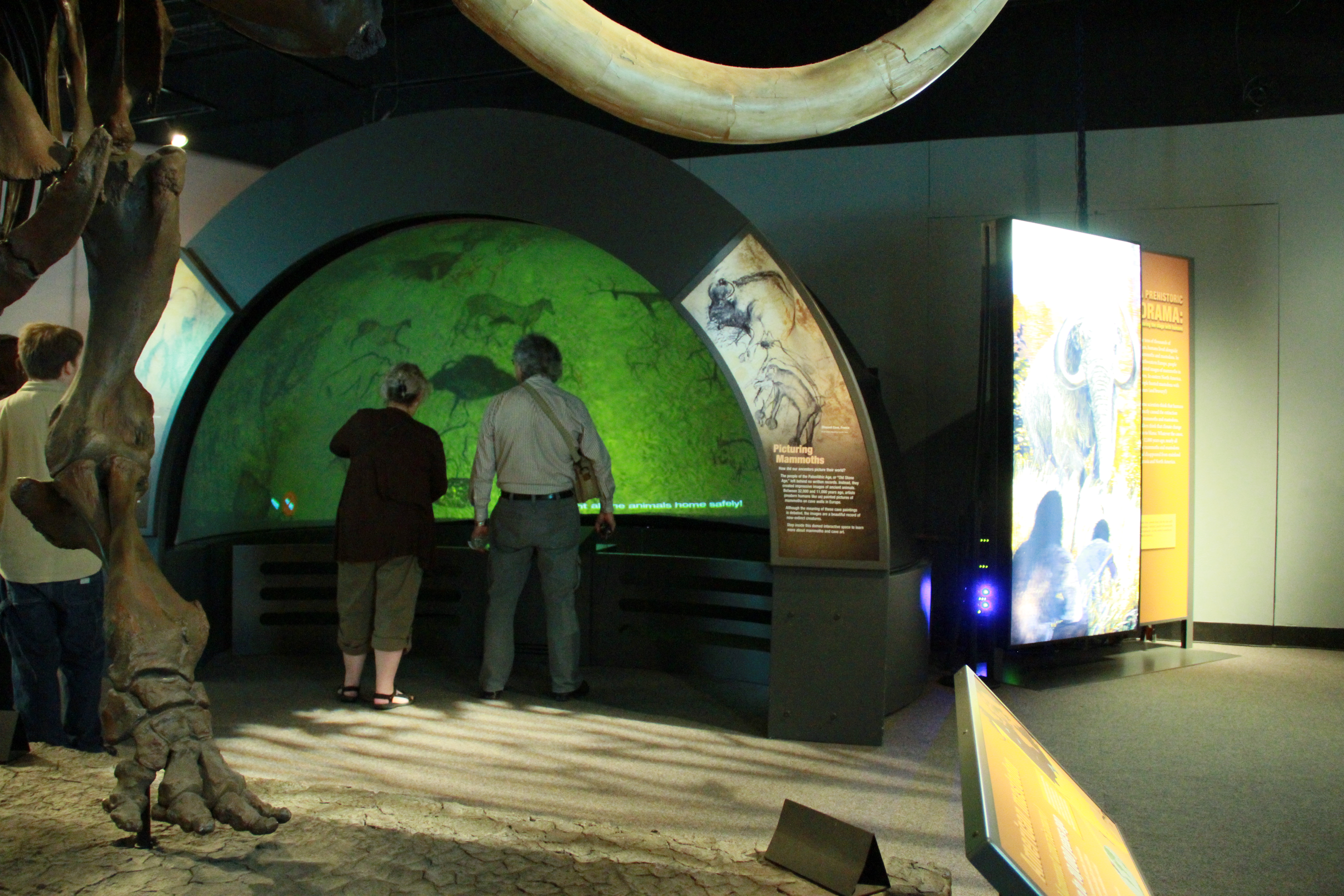 This project won the 2011 Silver MUSE Award from the American Association of Museums – a video tour of the project, created by the Field, is here. We worked with the Field’s team of storytellers and animators to develop the Cave Art installation, which uses Wii controllers inside our open dome and projection system to teach museum visitors the theories of cave art. Using custom tools developed by The Elumenati’s Unity3D team, the project seamlessly integrates linear animations with multiuser 3D interactivity. Over 30,000 Field Museum visitors played the game, which then toured for several years as part of the Mammoths and Mastodons traveling exhibit to visit museums around the US and beyond.

The Cambrian Seascape exhibit is the central display in the Cambrian section of the Field Museum’s  permanent exhibit, Evolving Planet, a walk-through history of life on Earth. The virtual underwater observatory is projected on an enormous 7′ x 35′ screen covering a 140 degree panorama, composed of three SXGA+ projectors and the Elumenati’s high-resolution playback system, seamlessly looping a 4200×1050 pixel resolution animation from a single PC. The Elumenati worked closely with the Field Museum designers and Phlesch Bubble Productions, who developed the 5-minute animations of numerous Cambrian creatures. The Cambrian era was around 530 million years ago, and it represents the ‘big bang’ of complex life on earth. Although life had existed for at least one billion years previous to this era, the diversity of life explodes in the Cambrian fossil record, which contains nearly every animal phylum that currently exists, along with a few that have since become extinct.