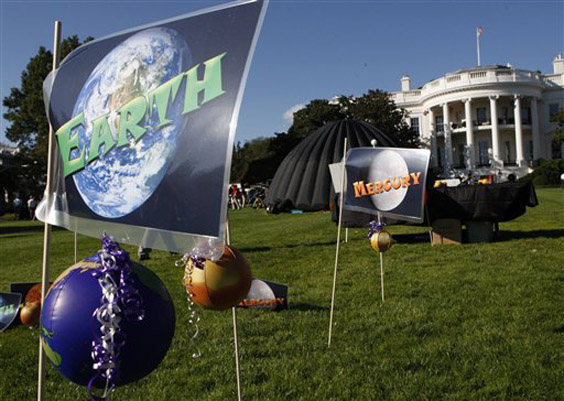 On Wednesday, October 7th, the GeoDome Theater was featured at the White House ‘Star Party,’ an event hosted by President Barack Obama and First Lady Michelle Obama.  NASA’s Goddard Space Flight Center and Dr. D’nardo Colucci of The Elumenati  set up the GeoDome Theater on the White House lawn, and gave interactive dome presentations to visiting middle-school students. A statement from the White House about the event highlights the importance of astronomy “for its capacity to promote a greater awareness of our place in the universe, expand human knowledge, and inspire the next generation.” An address from the President kicked off the event. Details on our take on the event are here.

Additional information from the International Year of Astronomy: U.S. President Obama to host star party at the White House