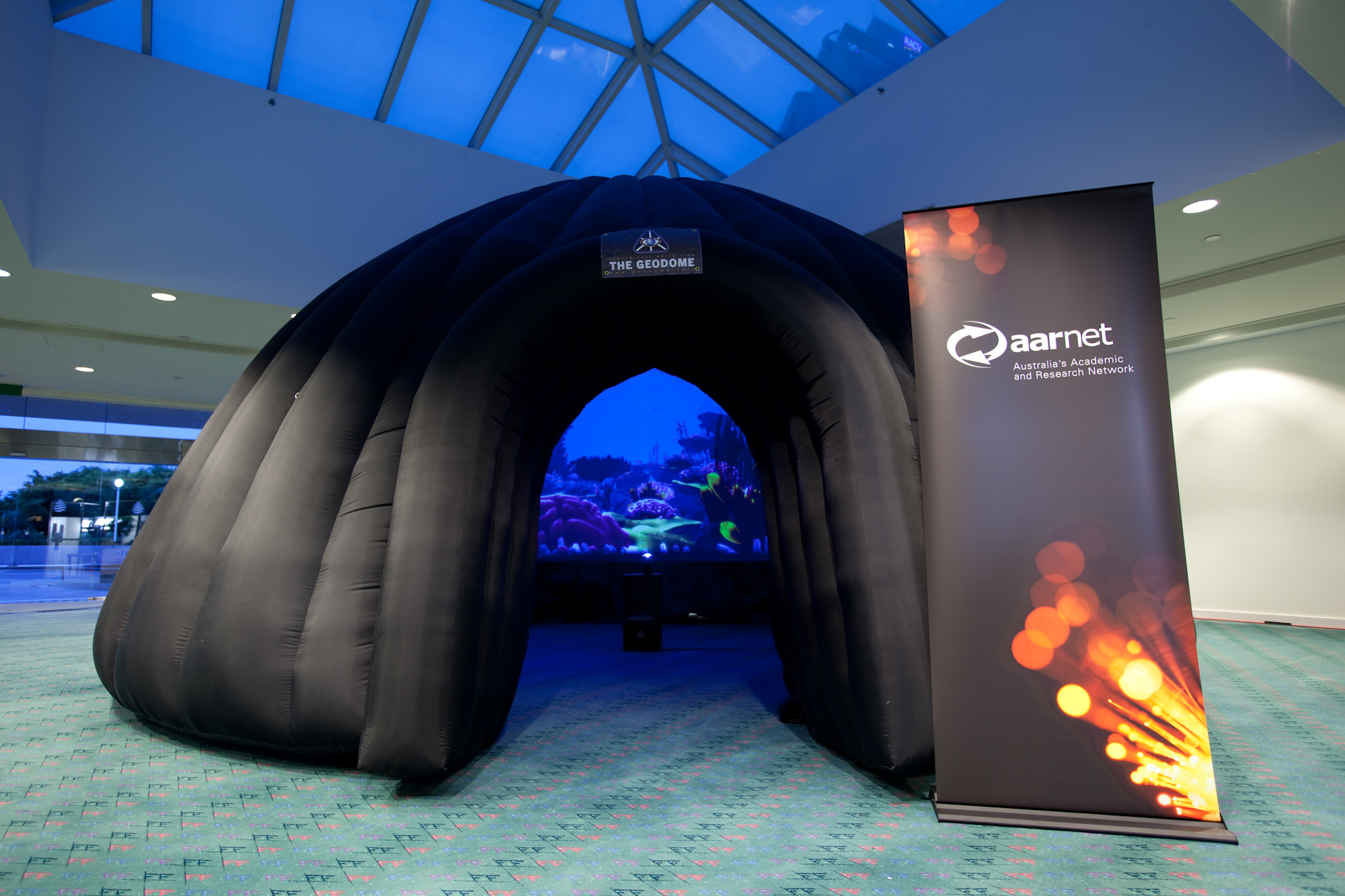 The GeoDome Theater has just returned from its first appearance in the Southern hemisphere, where it toured Australia showcasing educational technology with AARNET (Australian Academic Research Network). Events included:

– July 7-10: QUESTNet, a conference celebrating the use of networking and technology in education
– July 18: At Questacon Canberra, series of domecasts celebrating the 40th anniversary of the first manned moon landing streamed directly into the GeoDome from NASA’s Johnson Space Center in Houston, TX
– July 22: At Questacon Canberra, a domecast celebrating the century’s longest total solar eclipse
– August 27-28: At the University of Southern Queensland, presentations for over 300 educators, school children and residents of Toowoomba
– September 2-4: At Scots College in Sydney, presentations for science students at one of Australia’s oldest and most respected independent boys schools.

We look forward to future collaborations with our mates at AARNet!