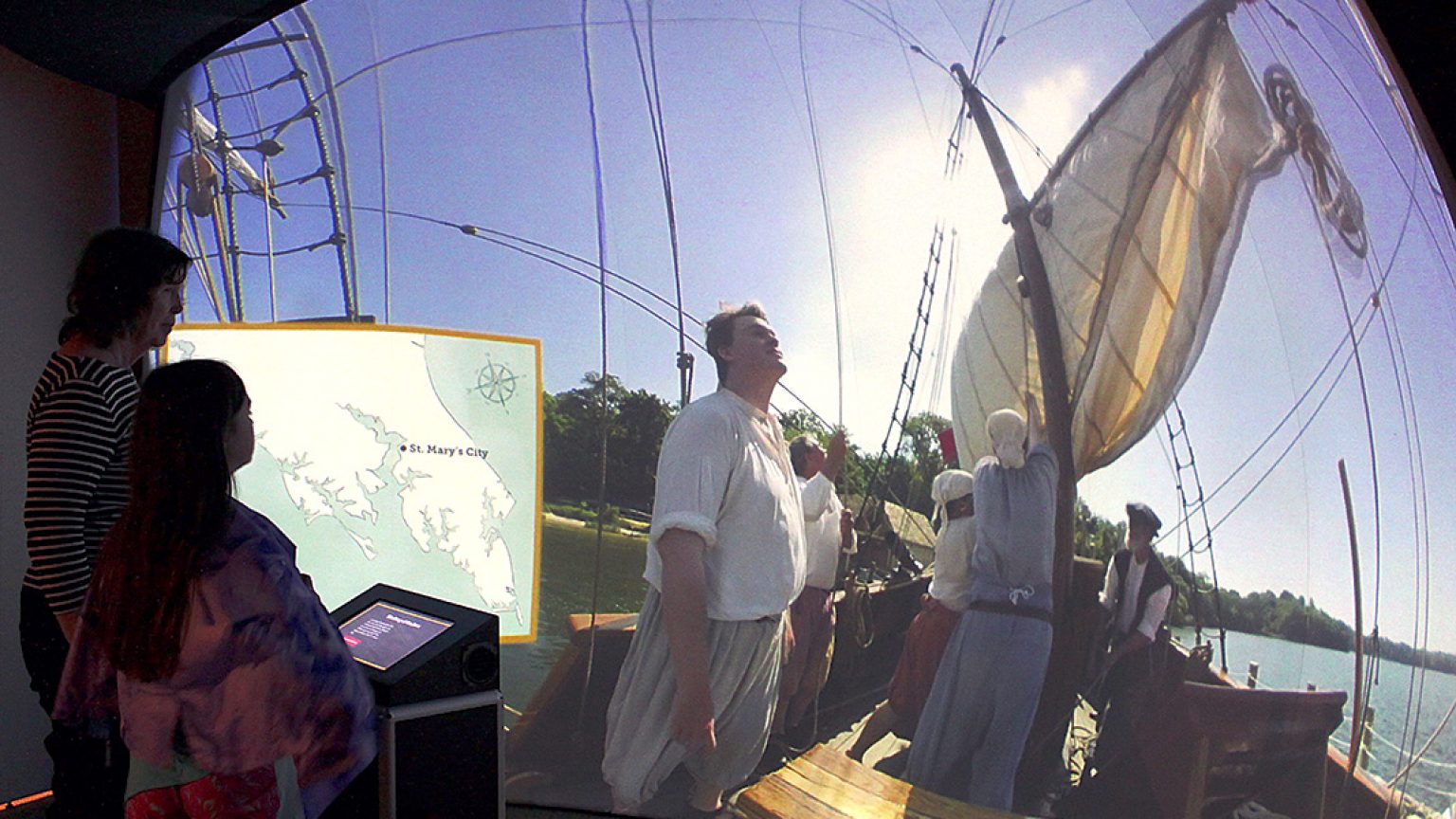 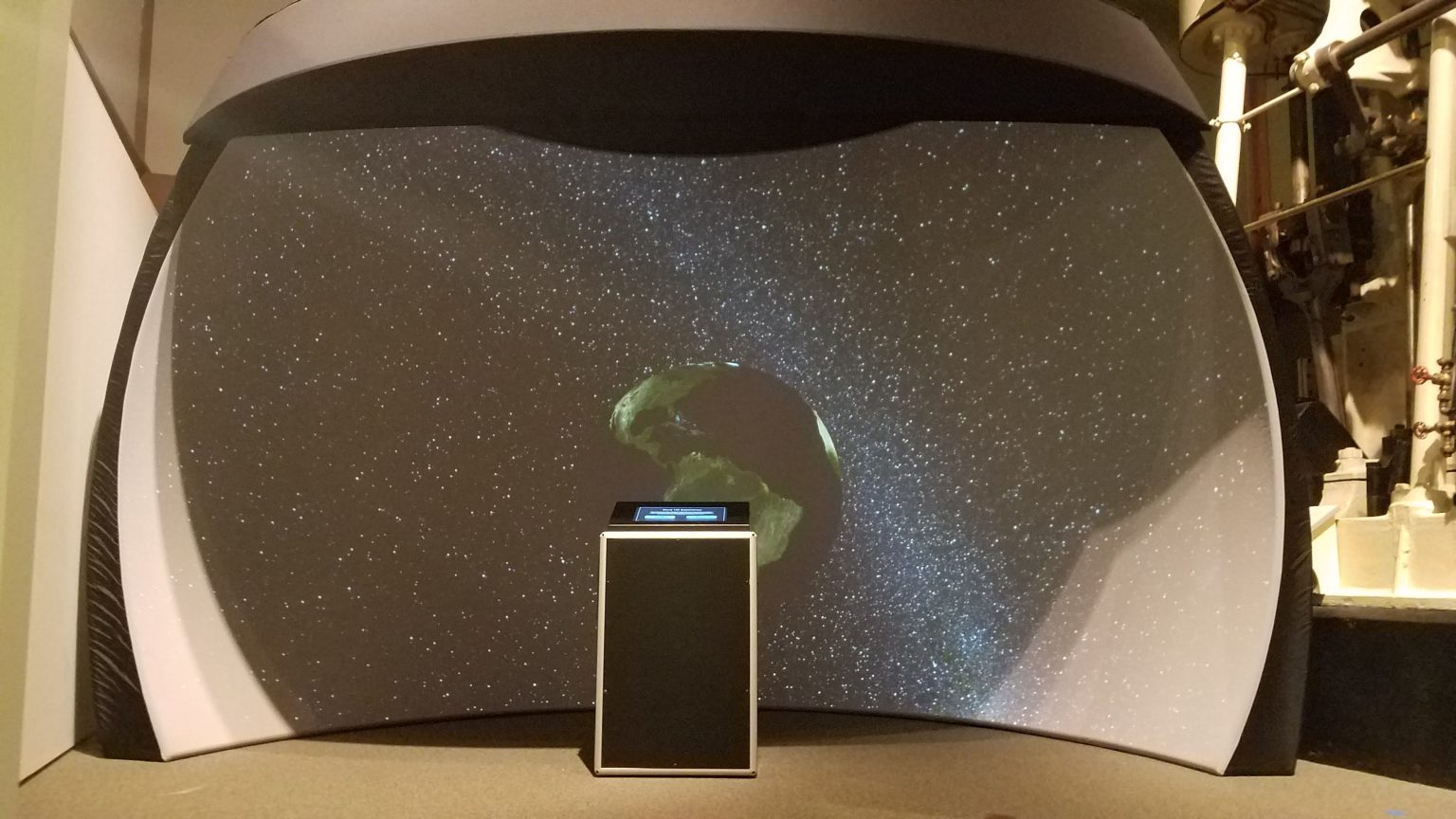 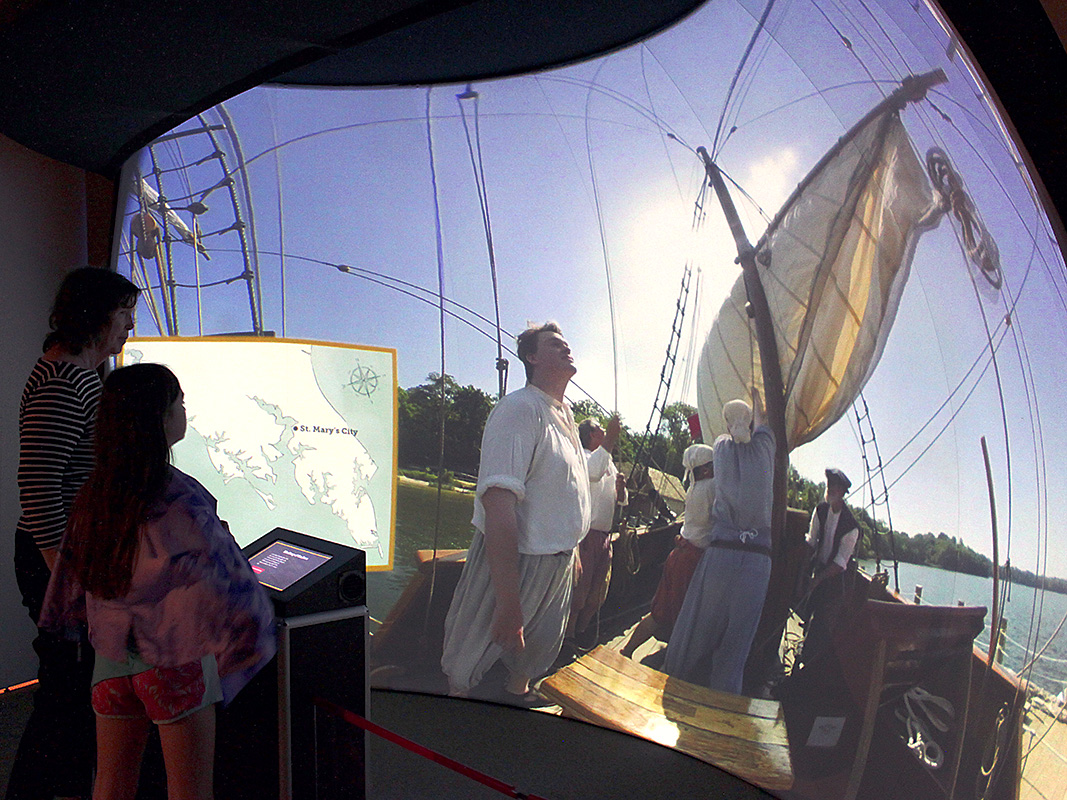 We partnered with Night Kitchen Interactive to bring their 360° video into a GeoDome Panorama in the Maryland Dove exhibit at CBMM.  The Panorama screen is 4.5m in diameter and is lit by an OmniFocus 30250 projection system, with laser-based 4K resolution at 7,500 lumens. Guests drive their exploration with a touchscreen UI, which is integrated into a kiosk with the projection system, a rack-mount image generating computer, and a 2.0 audio system. WorldViewer enables a social, collaborative VR experience of Night Kitchen’s content in the GeoDome.

In collaboration with the museum, Night Kitchen Interactive produced a series of immersive 360-degree videos that tell the story of the historic Maryland Dove. The original Dove was a 17th-century sailing vessel that crossed the Atlantic Ocean to establish the free colony of Maryland. The new reconstruction, to be completed in 2020, is a highly accurate build based on modern archaeological discoveries. Guests can interact with a timelapse of the restoration as well as interviews related to the project, all in 360°.