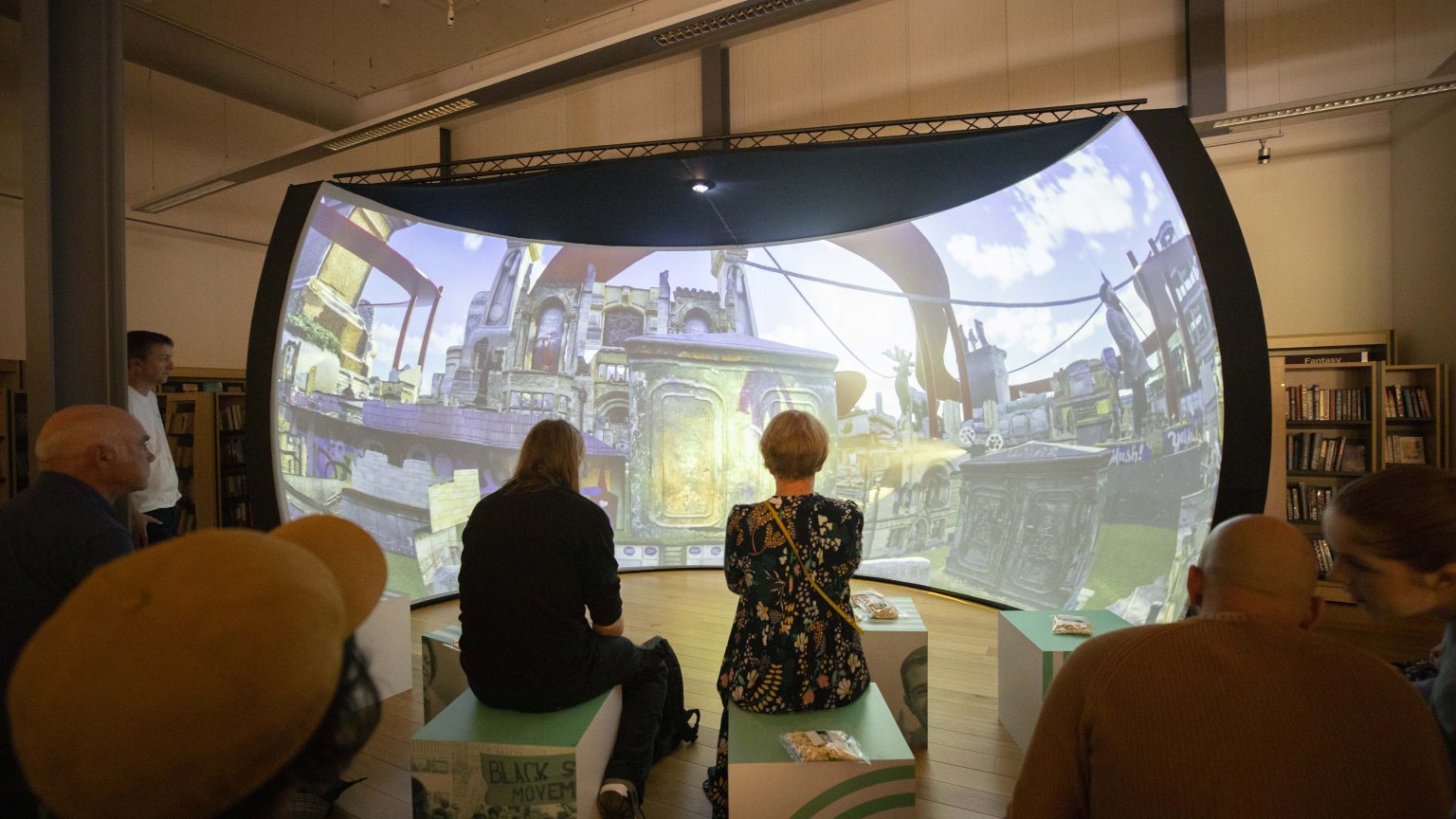 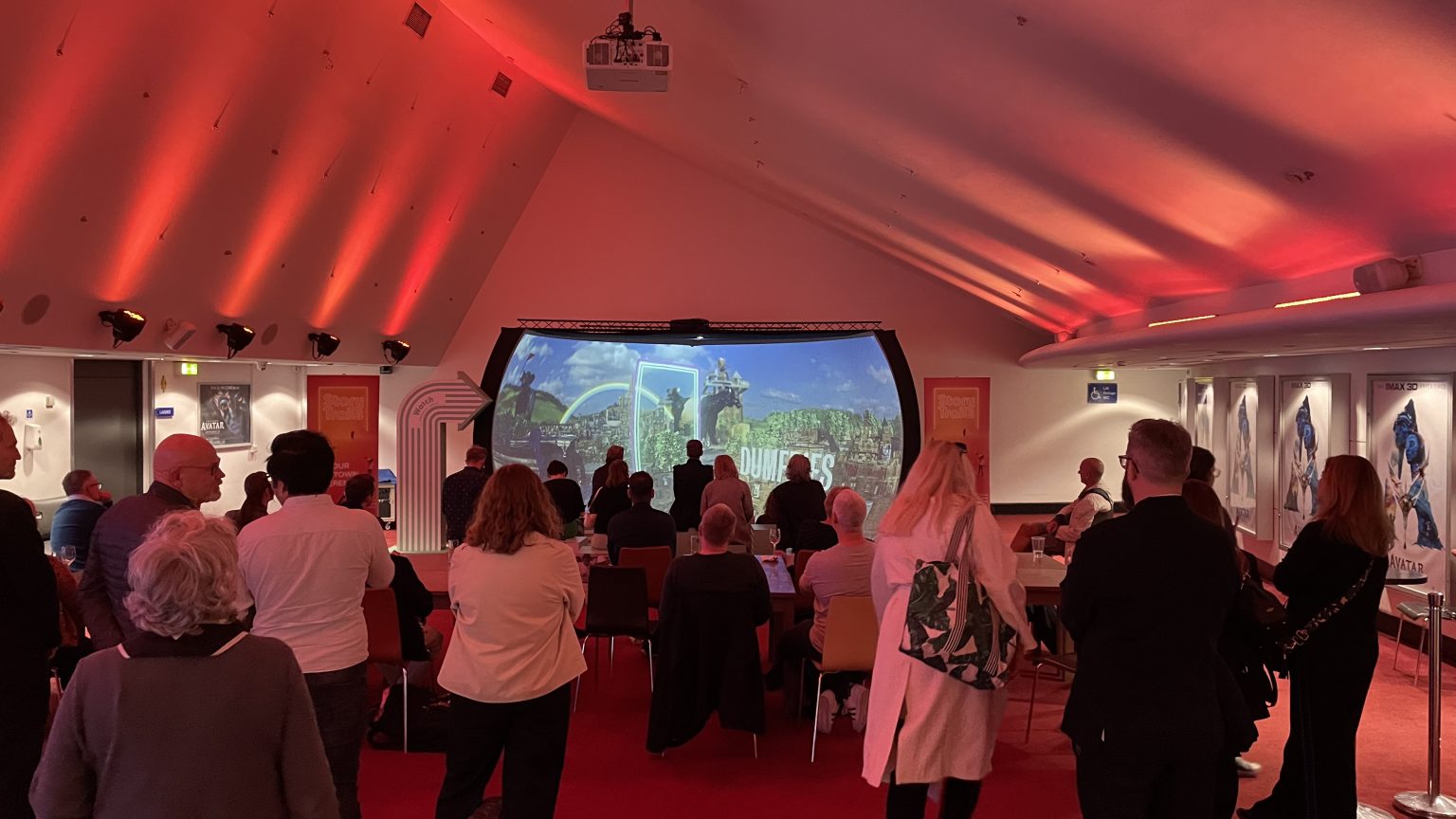 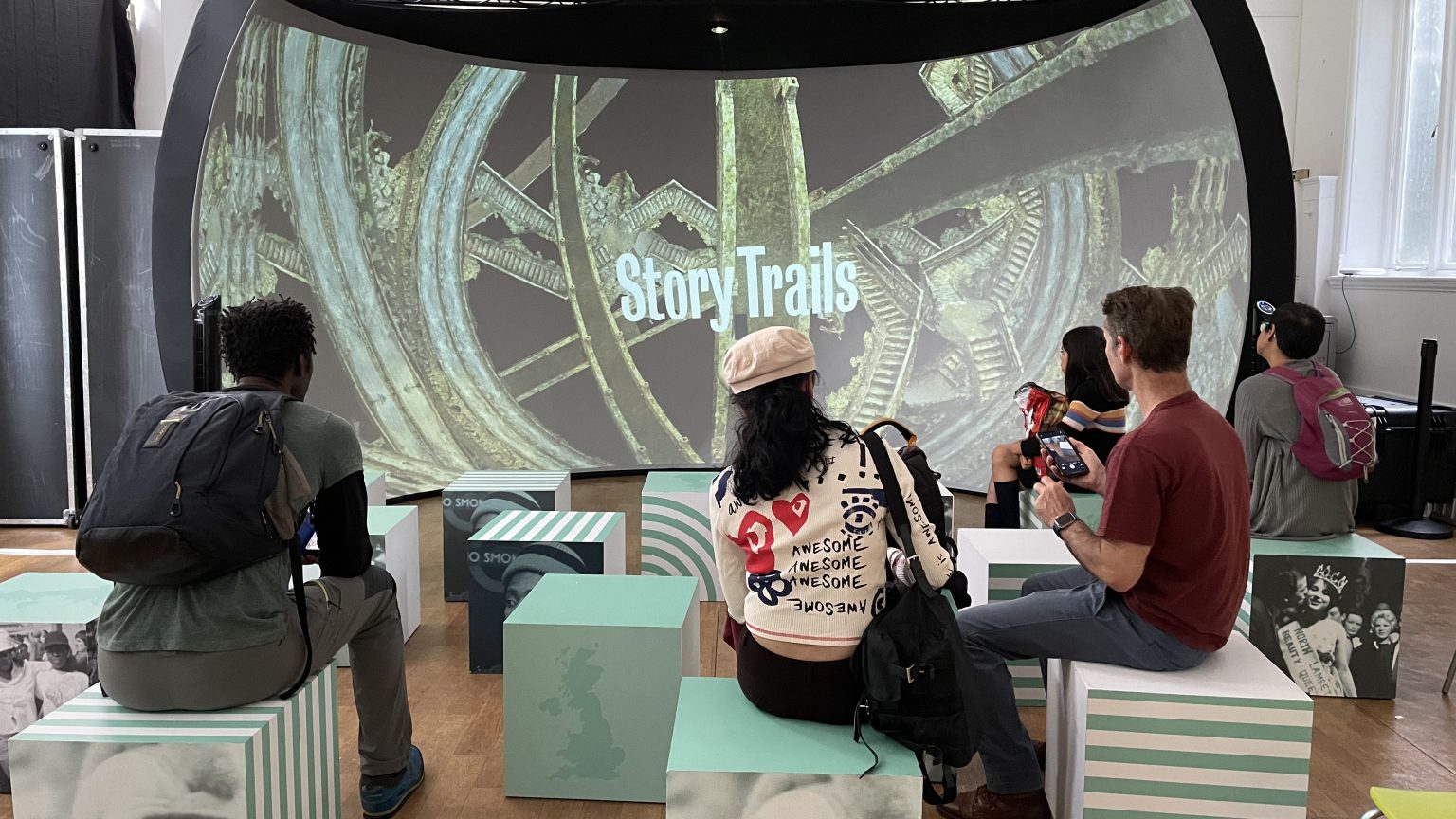 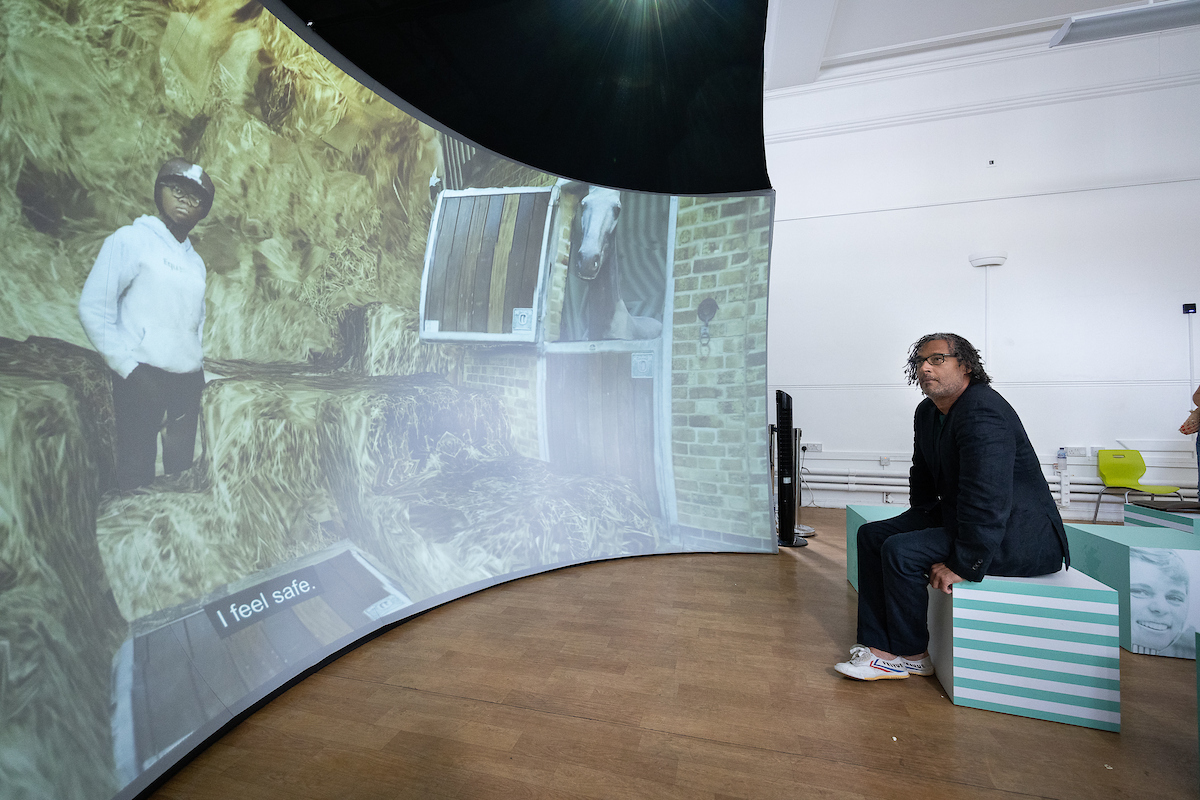 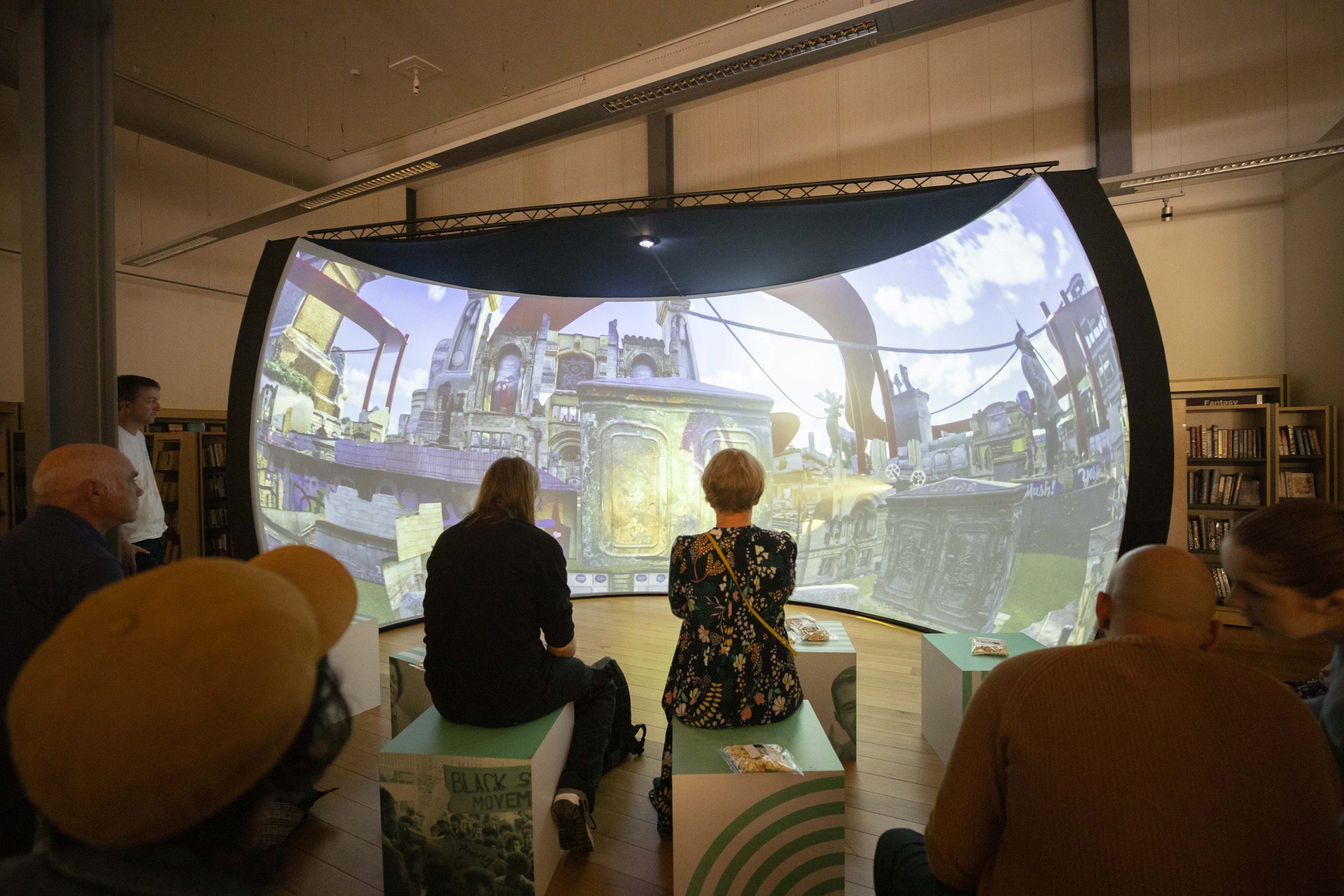 We provided a GeoDome Panorama for ISODESIGN as part of the StoryTrails project, which toured the United Kingdom this year. The largest Immersive Media storytelling project ever produced in the UK, the project used AR, VR and Immersive Cinema to create a snapshot of the UK, told through 100s of stories.

In the Panorama, audiences experienced place-based animated films that ISODESIGN created from over 7000 3D scans captured by local StoryMappers. 15 cities across the Nations and Regions of the UK were re-visualised and populated by these personal scanned stories. WorldViewer served as the content engine to present these 4K spherised  films within the immersive display.

The customized screen is 5m in diameter with a 170° sweep – an open design ideal for the large crowds who experienced the content as they moved through the multi-station exhibit. A single 12,000-lumen OmniFocus projection system meant that the solution was  easy to set up – no edge blending required. The turnkey GeoDome solution made it straightforward to pop up and pack down – often having to set up and strike twice in a week whilst travelling through all the locations.

Damien Smith, Partner at ISODESIGN said “Our need to create a large immersive screening space in just a few hours with a couple of technicians, whilst also presenting a striking looking installation could only have been delivered via the GeoDome. The Elumenati team developed a bespoke solution for StoryTrails and offered invaluable support across the design, testing and programming stages.”

It was an honor to see our approach to immersive storytelling represented alongside headset-based VR and AR experiences in the StoryTrails project. The tour concluded with a residency at the BFI IMAX in London. Press coverage included this BBC piece.