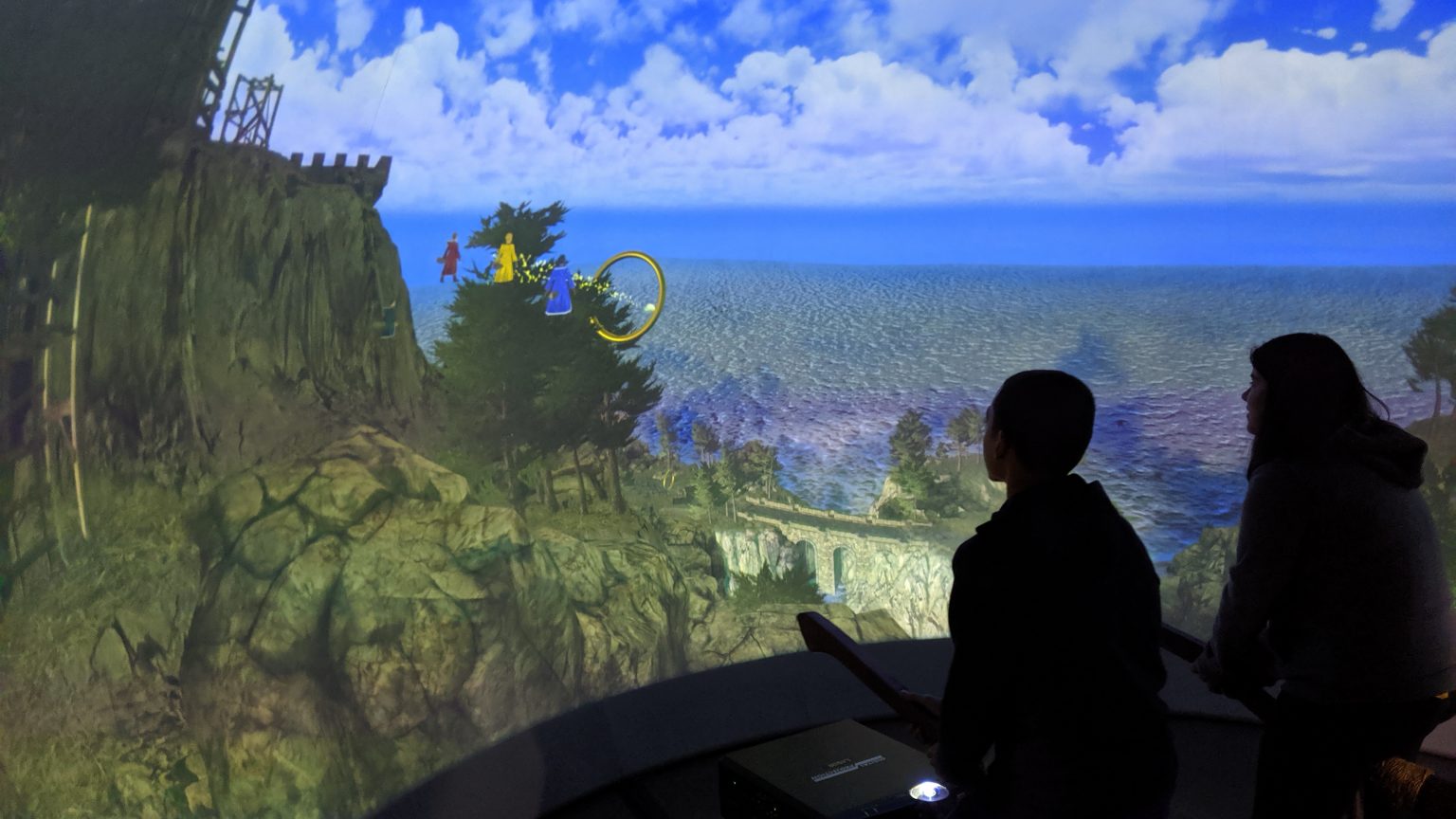 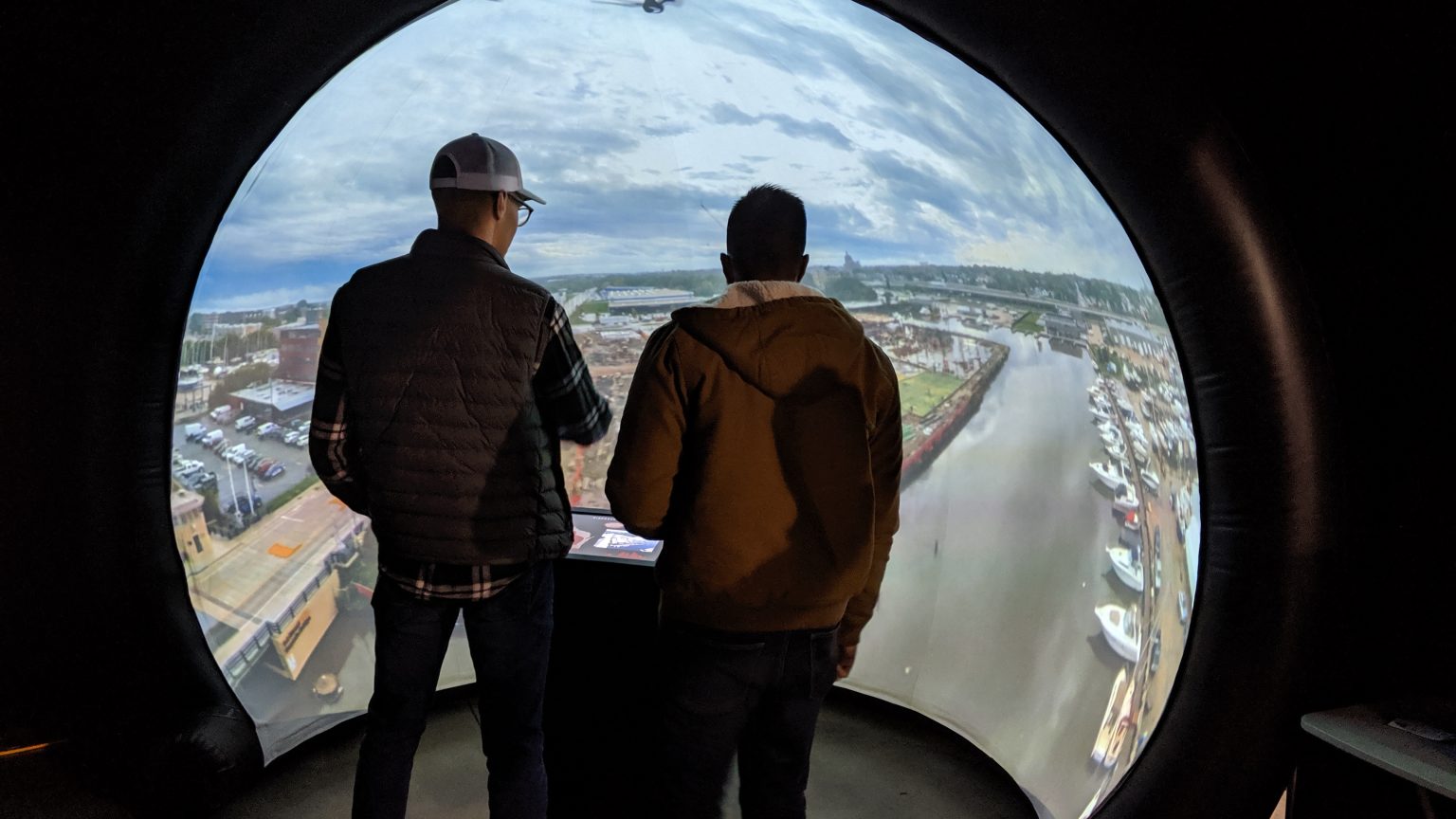 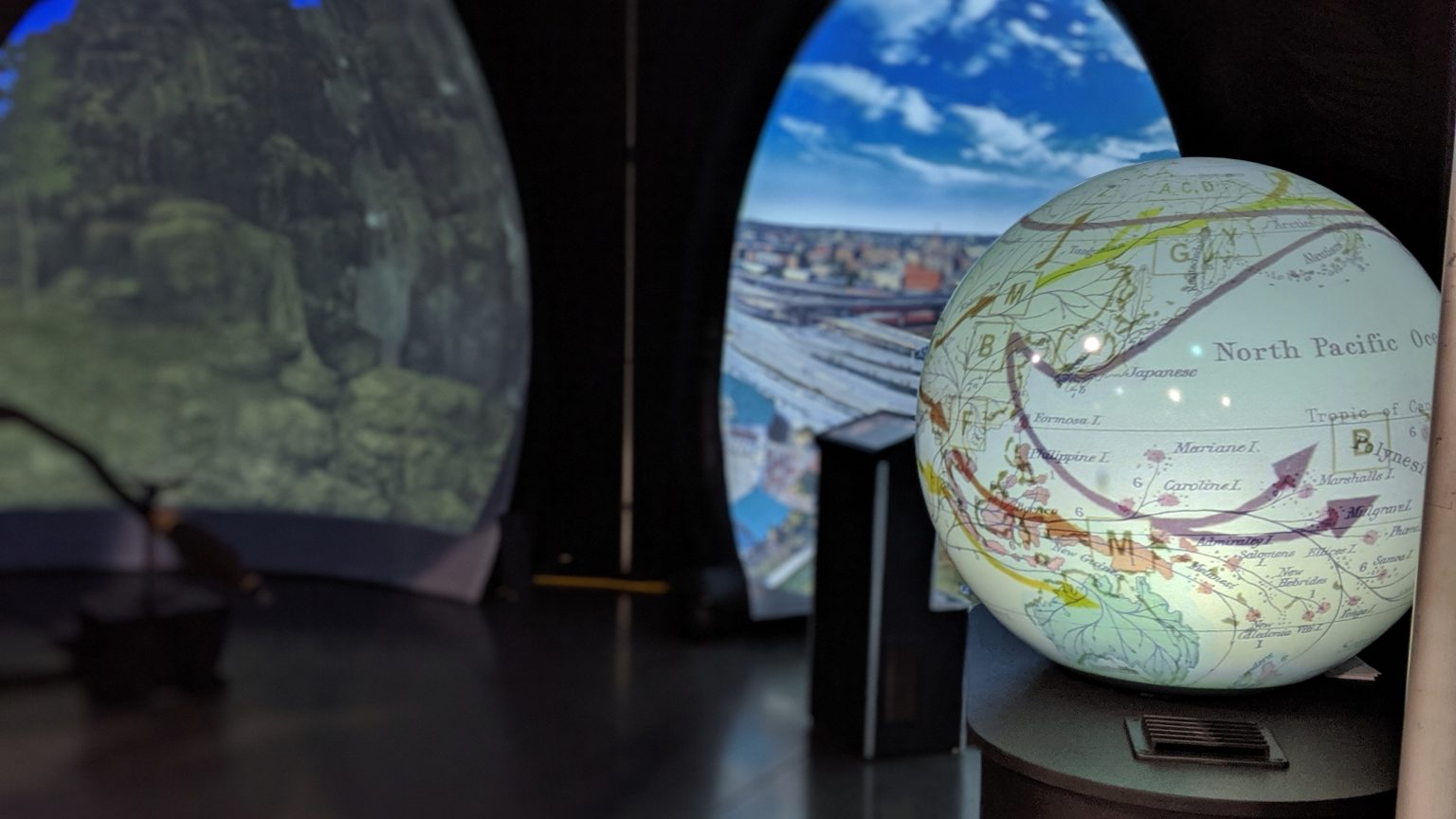 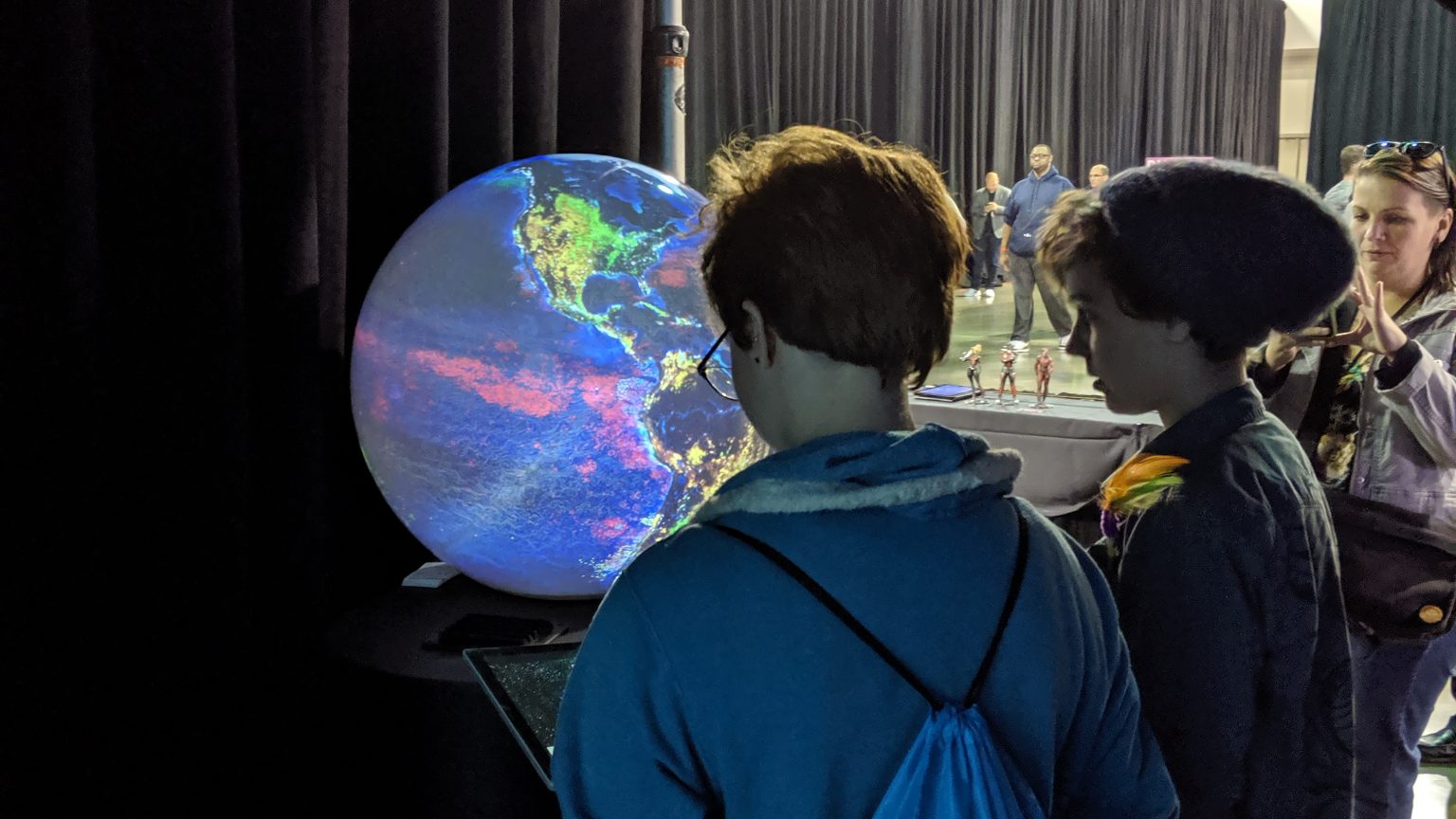 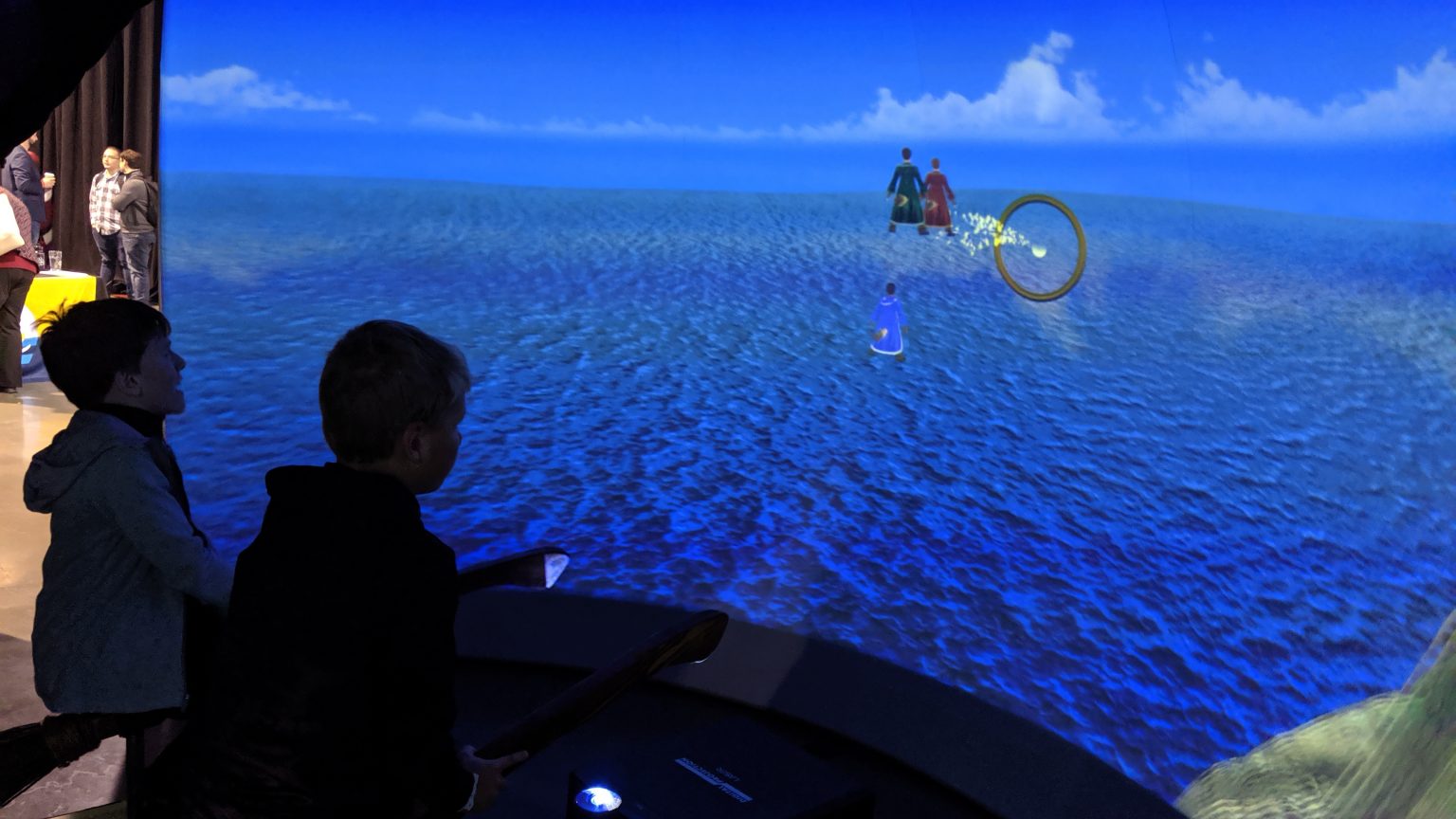 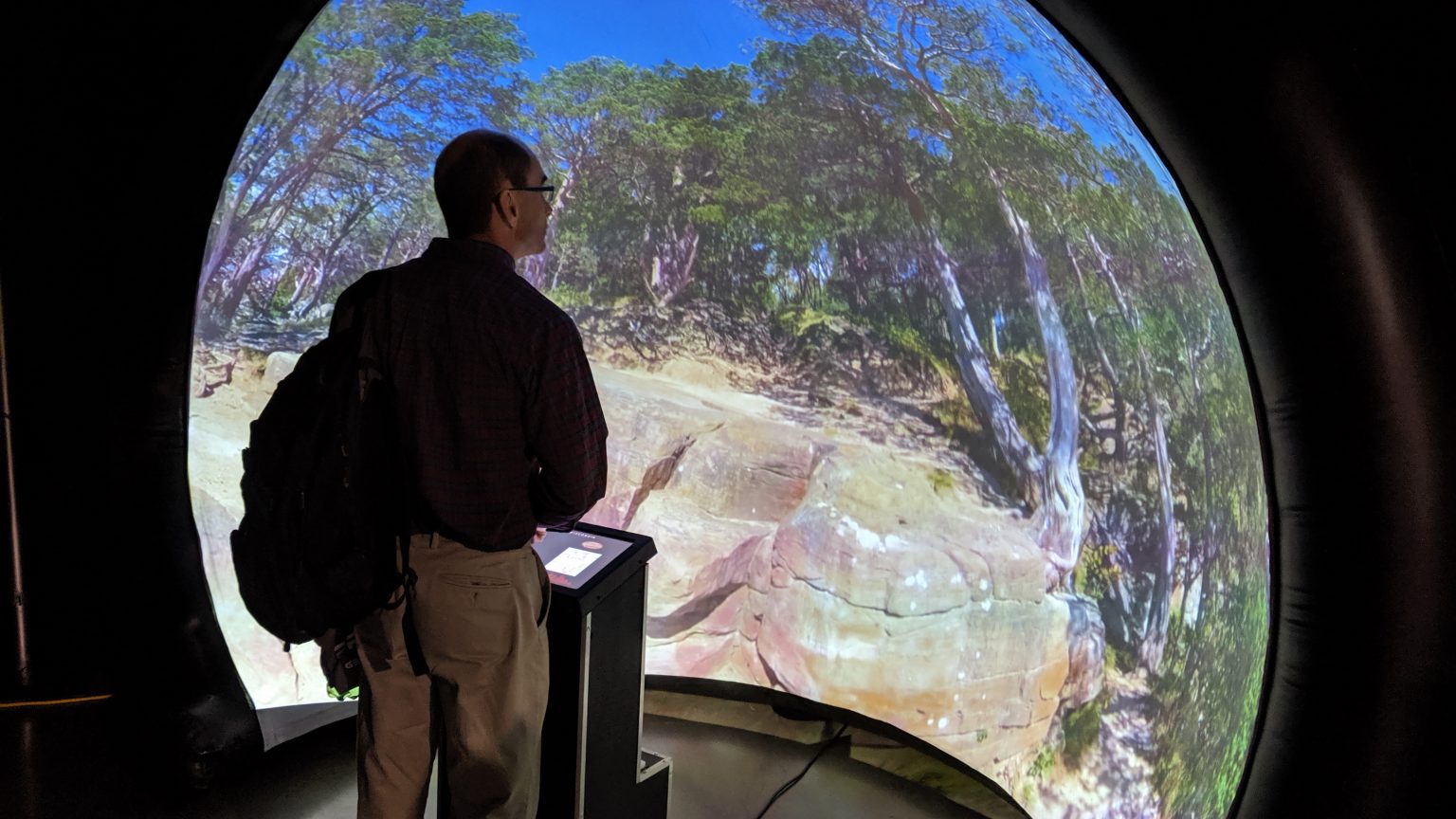 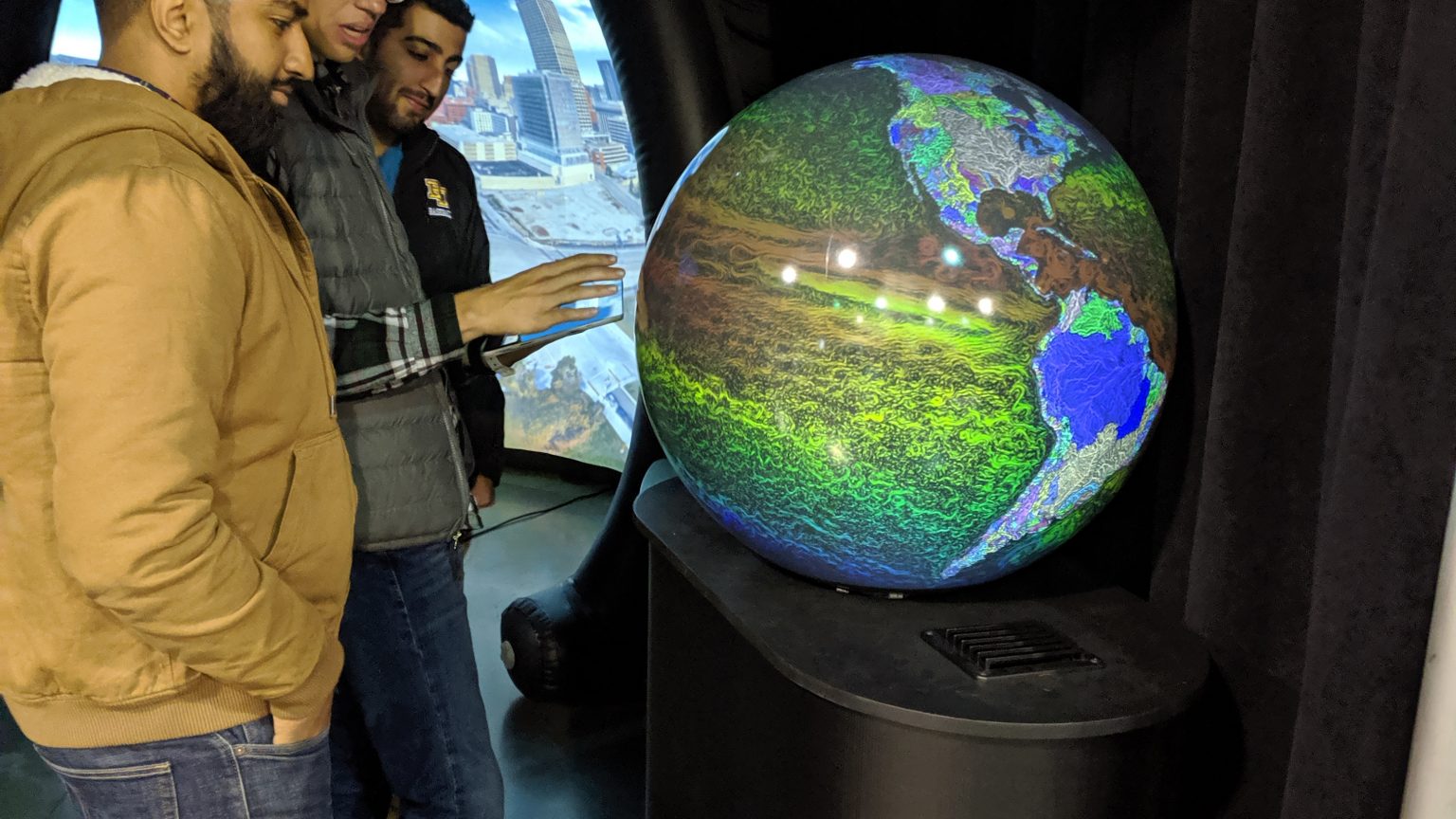 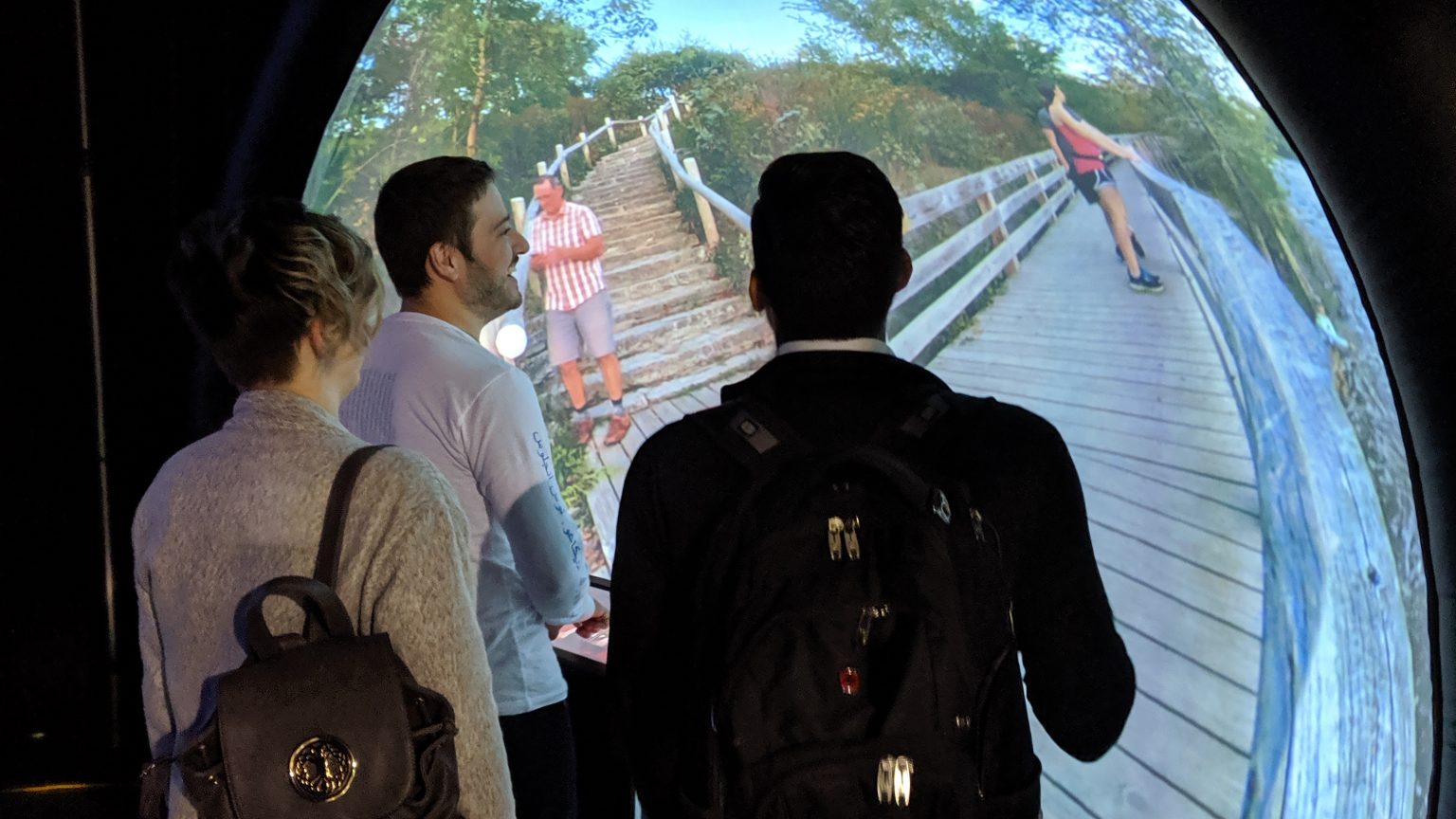 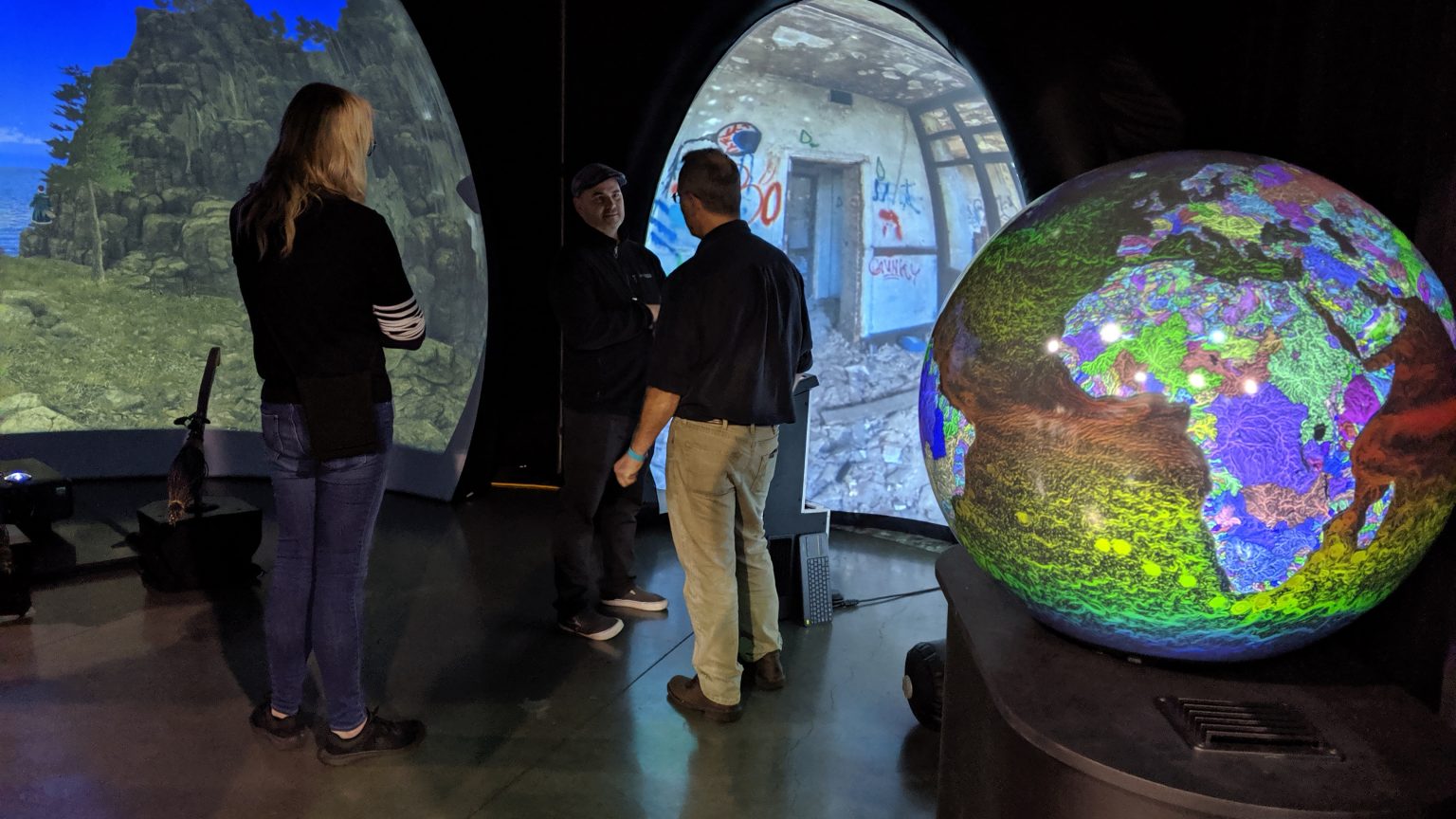 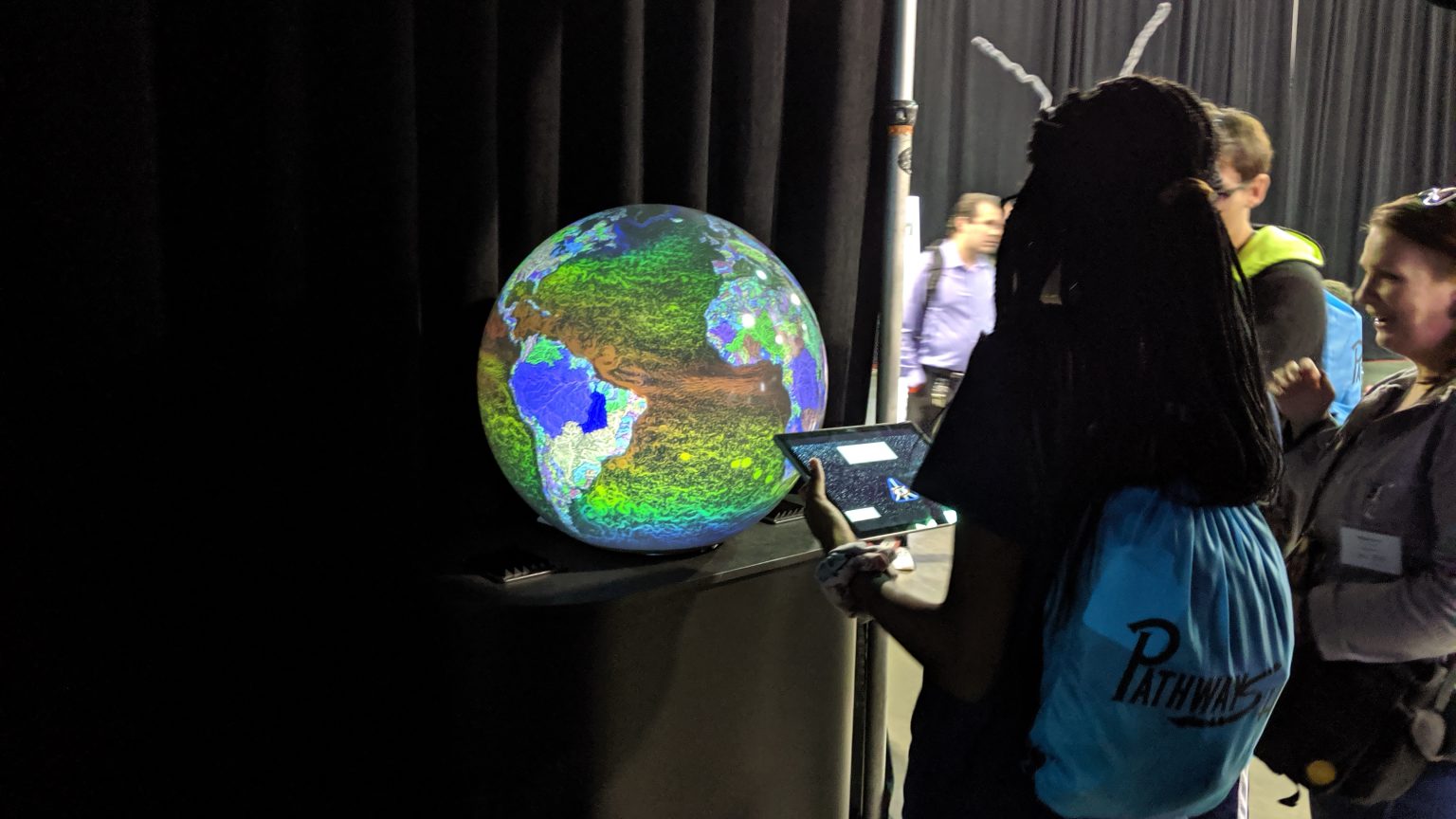 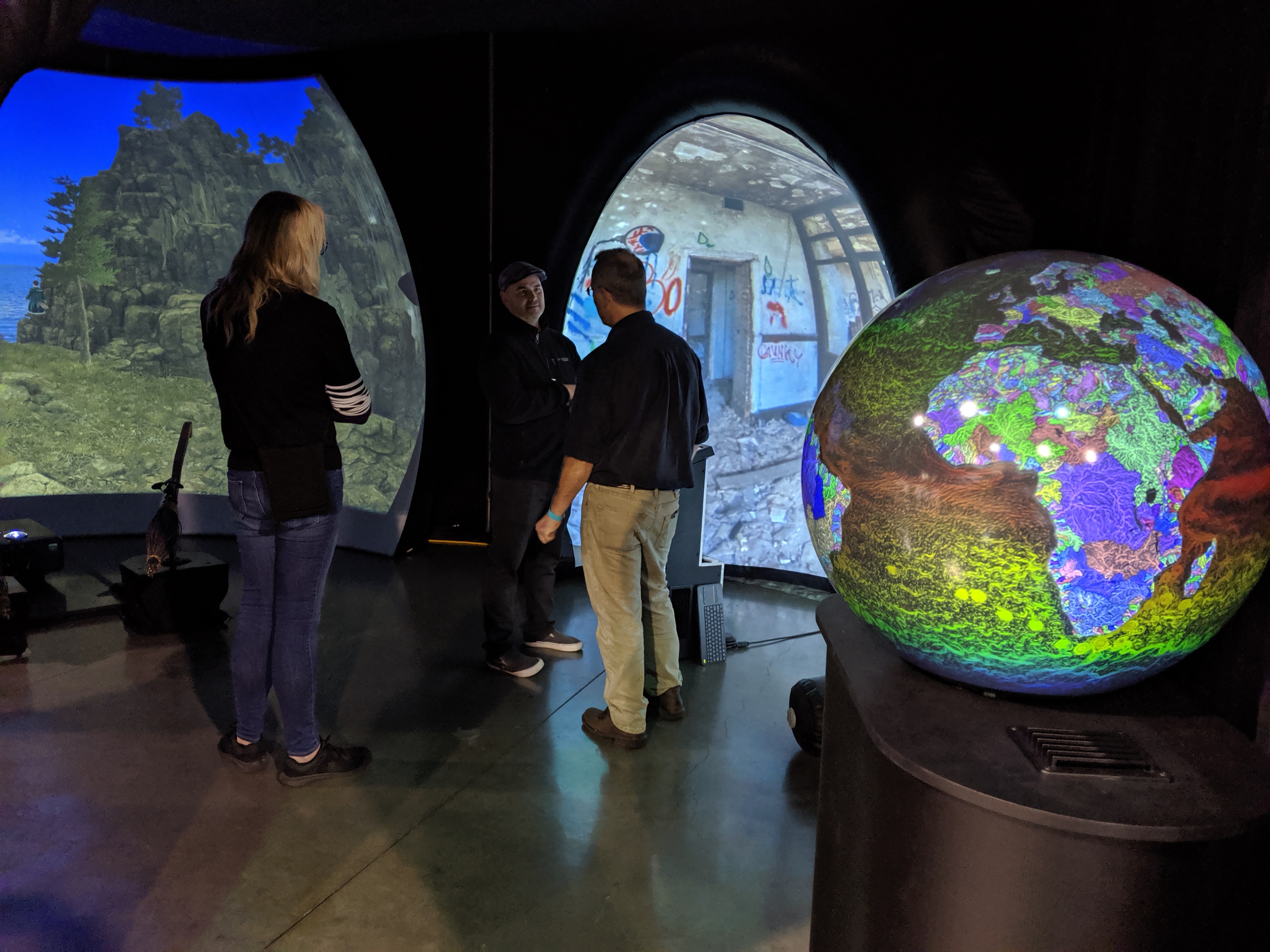 In the Elumenati Immersion Station, guests at this year’s Fall Experiment explored 360° storytelling from many perspectives – social, collaborative ways to experience spatial XR technology. For the second year, we were excited to showcase our GeoDome systems at home in Milwaukee, supporting the festival and its mission to convene creators from all over the Greater Midwest.

We used WorldViewer to create “Discover Milwaukee,” an interactive exploration of the city’s history, current tech and economic development projects, and plans for the future. Visitors navigated 360° content in the GeoDome Portal with an OmniFocus 30510 Kiosk, which integrates a touchscreen and projection system for our most portable pop-up system. The project tells the story of how the region’s freshwater resources have supported industries as an integral part of its past, present, and future beer-fueled economy.

WorldViewer also drove content on the GeoDome Globe with a 4K laser projection system for ultra bright, sharp imagery launched from a Surface Pro tablet. We continued on the water story theme, using datasets created for NOAA’s Science on a Sphere for 360° exploration of topics ranging from ocean currents to shipping channels to DNA migration.

Finally, crowds gathered to root for their friends as they raced through the Broomstick Trainer, a multi-player Unity game we built with “Nimble 2000” user interfaces for two players at a time in the GeoDome Panorama. It’s a smaller version of the four-player interactive we built for the 360° GeoDome Cyclorama – check out the video here.

The Fall Experiment’s mission statement says it best: a chance to level-up and interact with technology, gaming, art and music the way we experience it – at the intersections.