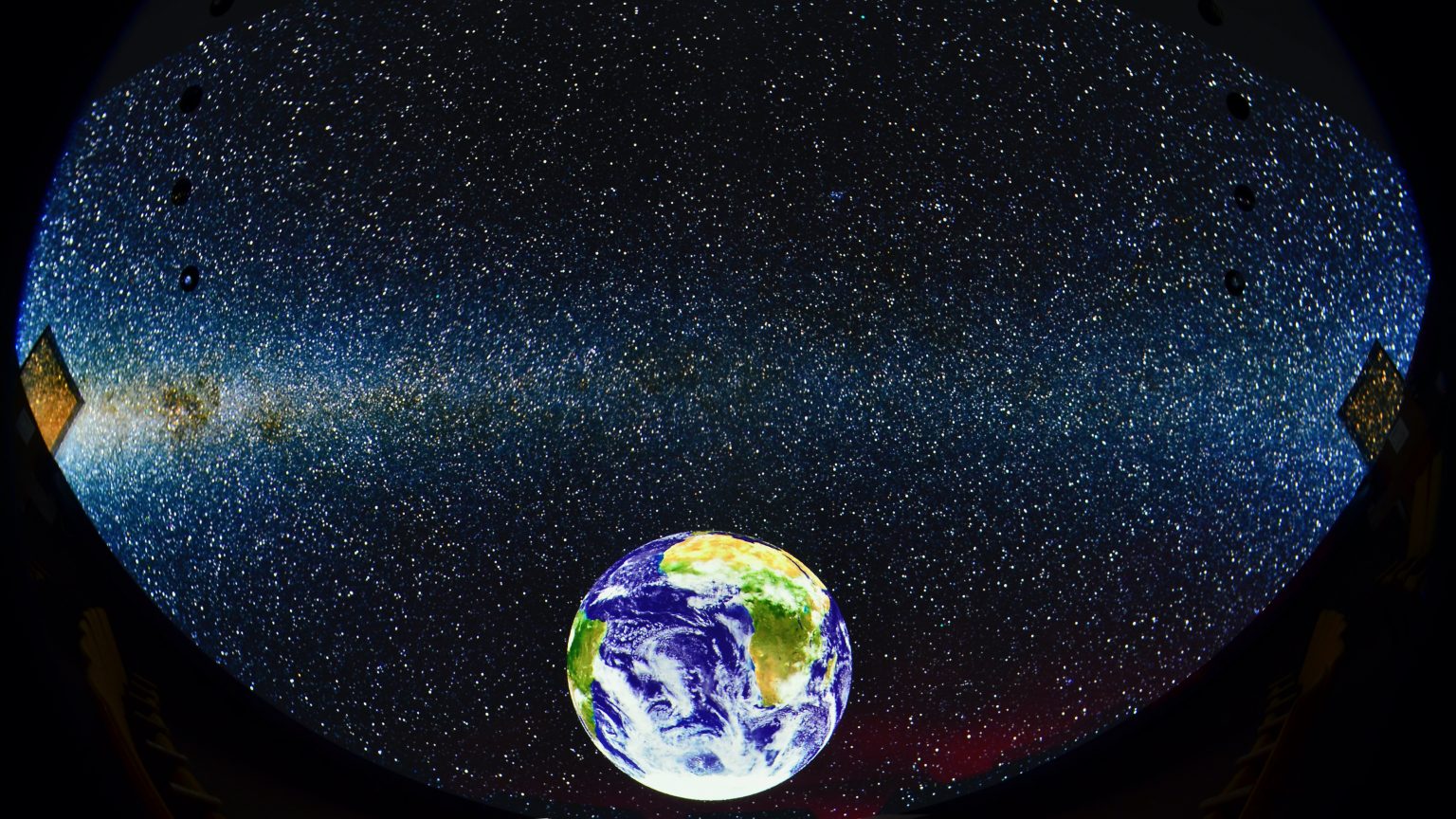 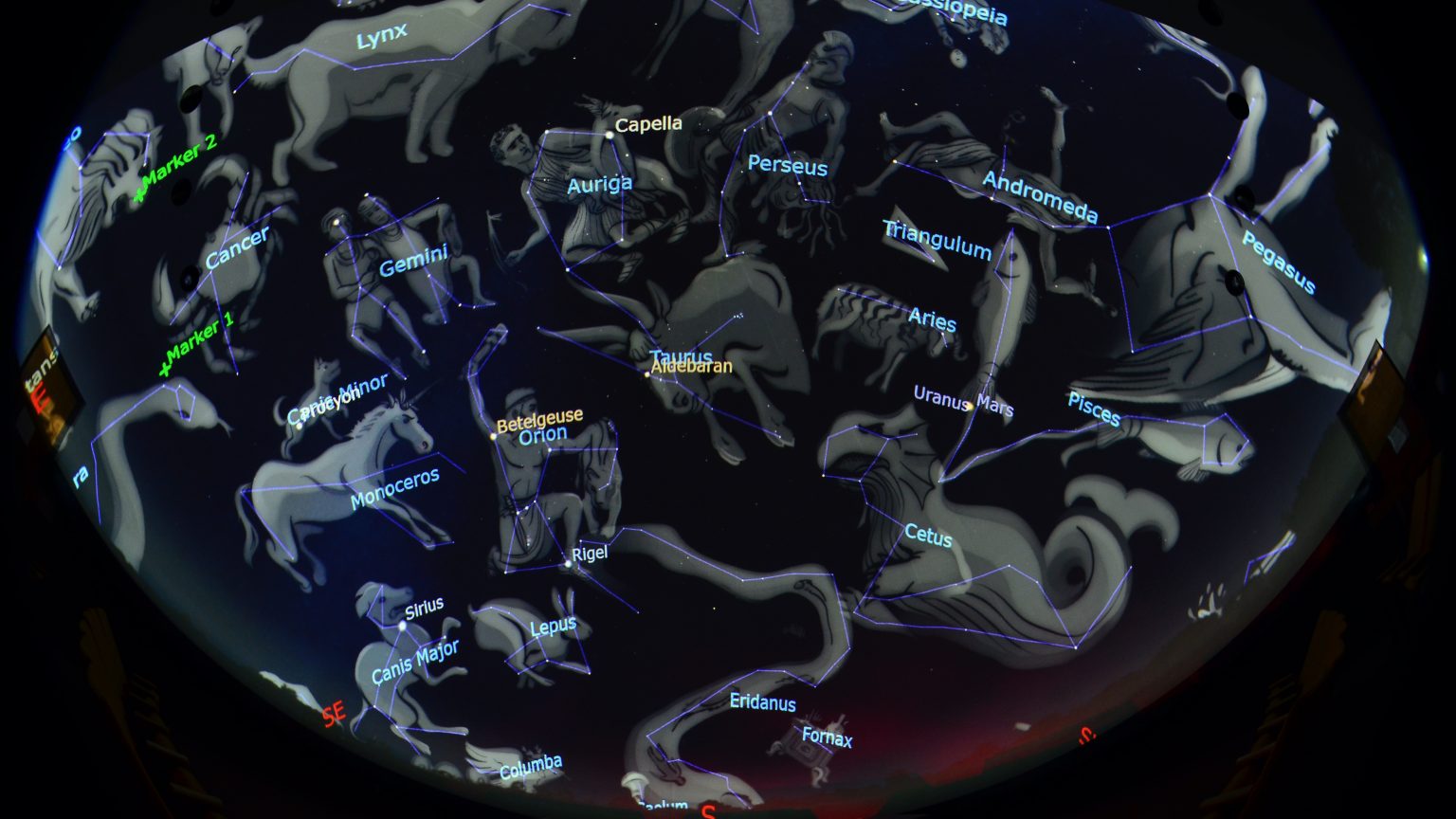 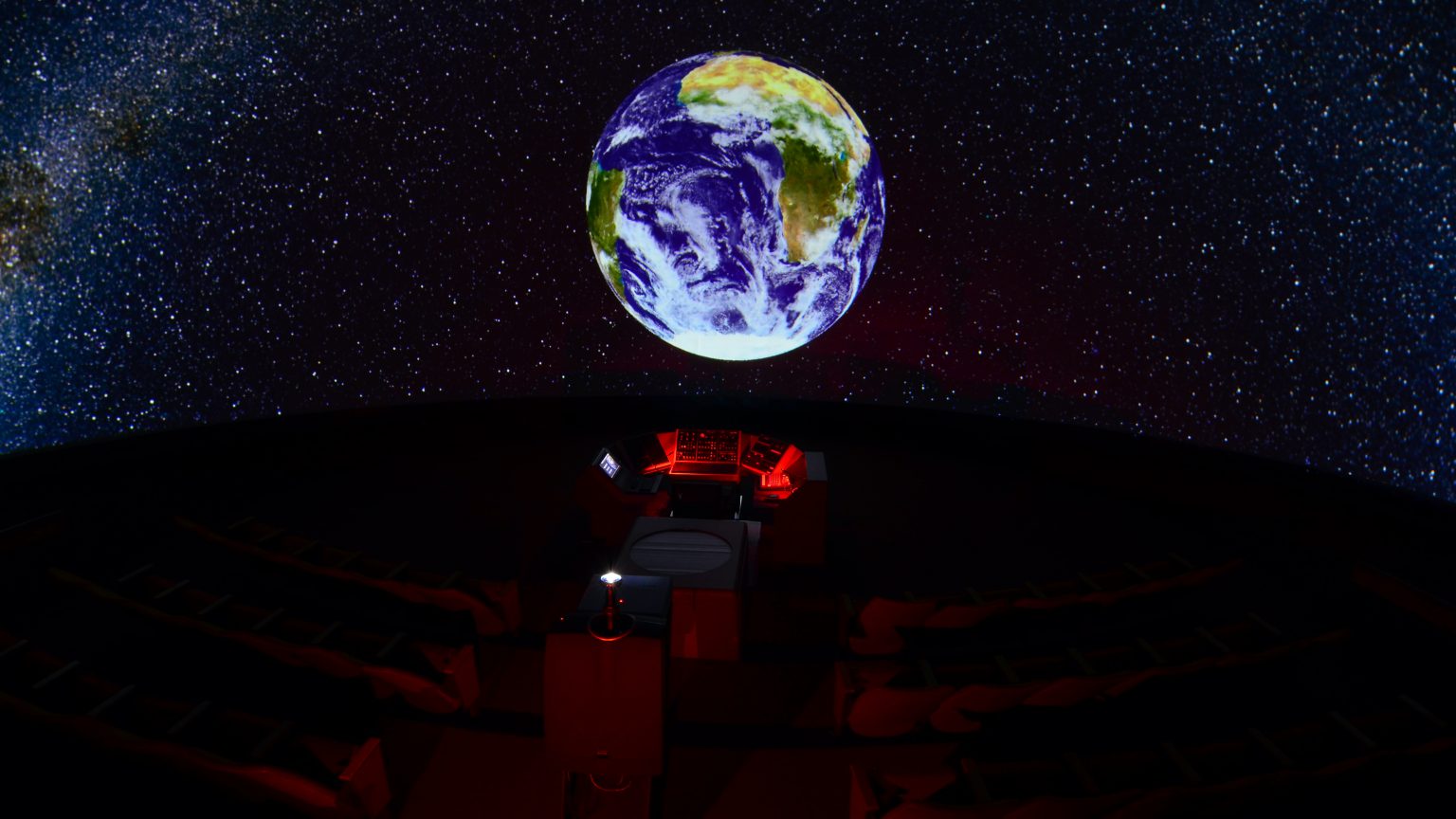 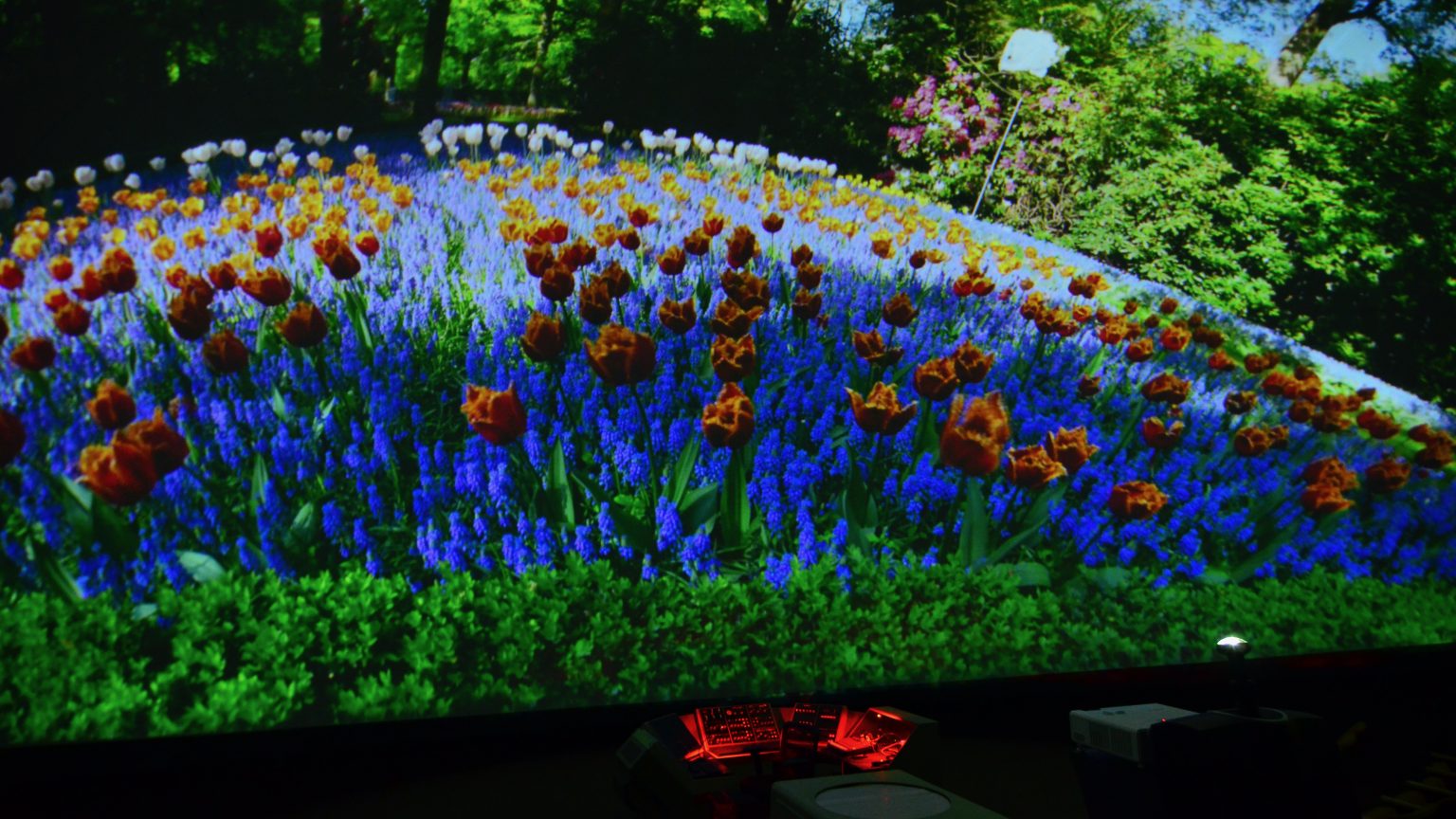 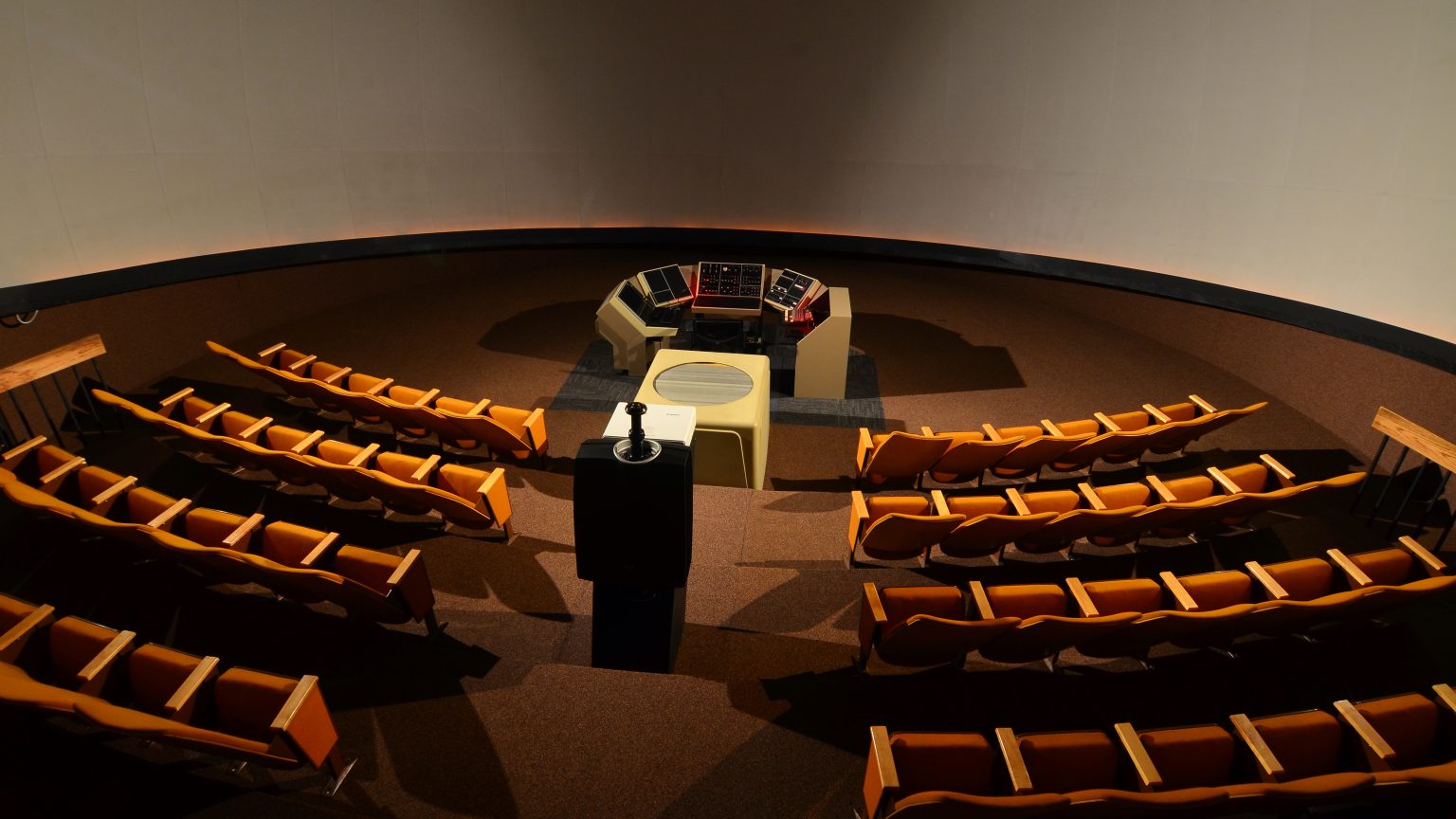 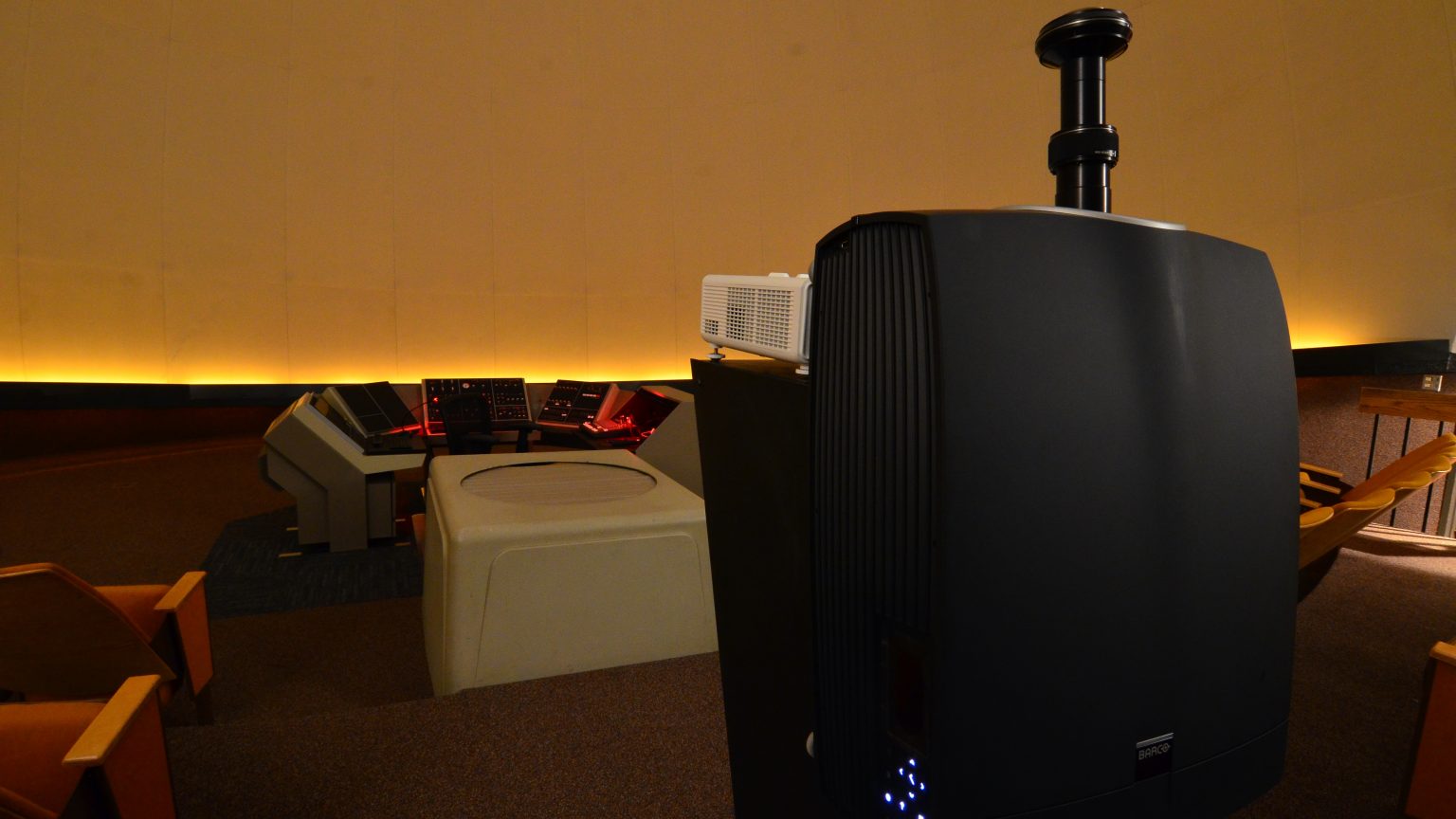 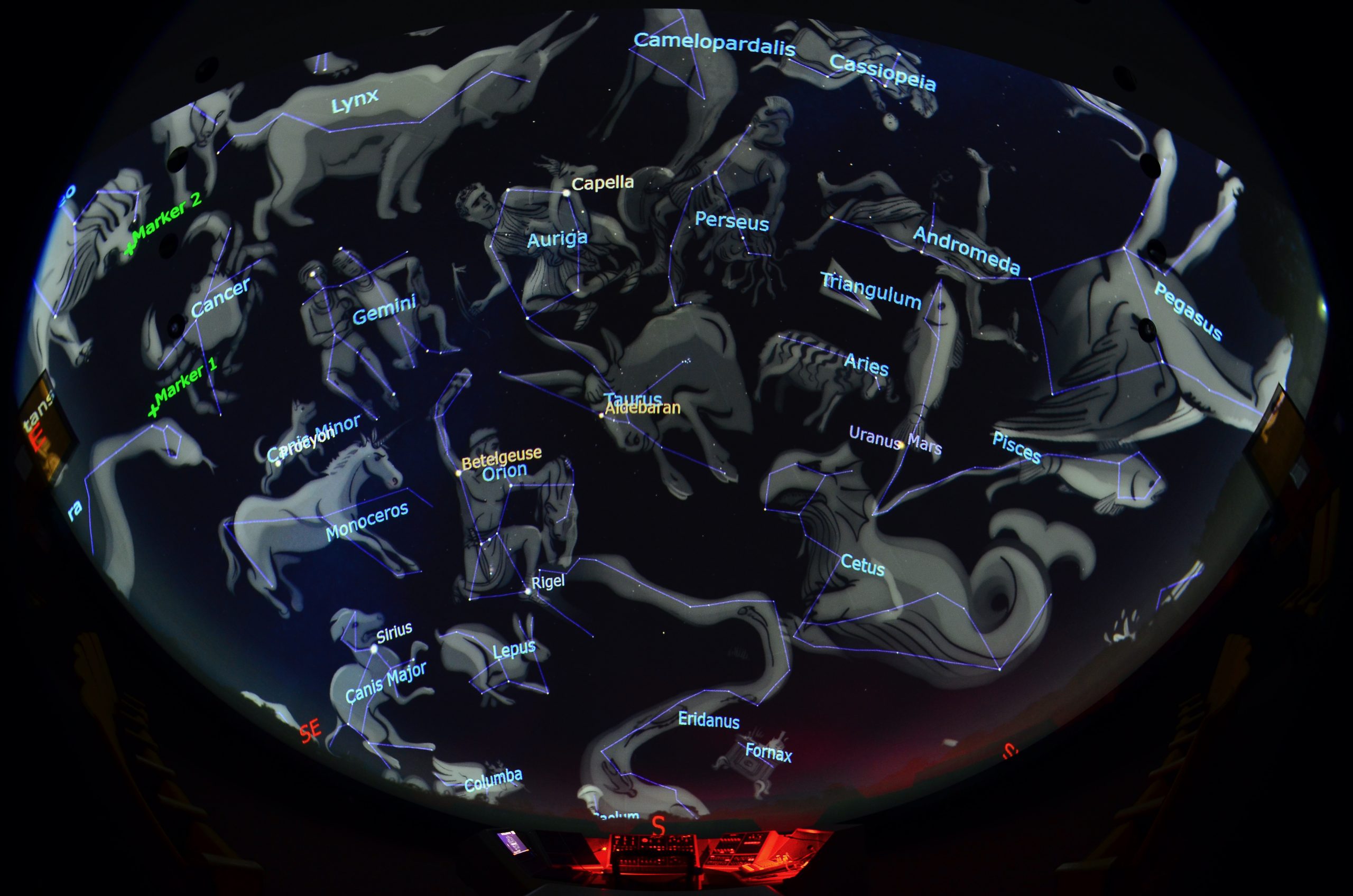 The Paulucci Space Theatre at Hibbing Community College is now home to a GeoDome Evolver with a customized dual-mode projection system, revitalizing a planetarium after a decade out of use. An OmniFocus 30340 lights the dome with truncated projection at 3840×2400 resolution at 7,000 lumens. We built a mounting mast that incorporates a flat-screen 4K projector for showing content with a standard aspect ratio in the dome, from movies to PowerPoint presentations. This enhances the diverse programming enabled by the Open Playground Astronomy extension of our WorldViewer content engine – the Paulucci will be showing their library of 50+ fulldome shows, live tours of the Universe via OpenSpace and World Wide Telescope, and night-sky astronomy via Stellarium. The legacy opto-mechanical projector remains in the space. An Open Playground-certified Elumenati High Performance IG drives the installation, including a premiere surround audio system.

In the theatre, Hibbing Community College will host its astronomy class and school groups from all parts of Northern Minnesota, as well as offering shows to the public for the first time since late 2010. Built in the early 80’s, the planetarium sat idle for a decade. After seeing the GeoDome Evolver at Southwest Minnesota State University , chemistry professor Kevin Milani was inspired to bring the theatre back to its glory days, and accomplished his mission through donor support. Here’s a local news story with the details.

“Working with the crew from the Elumenati has been wonderful.  Everyone has been more than helpful and giving of their time, in particular Adam Wales and D’nardo Colucci.  I can’t tell you the number of times I have called, texted, or emailed these two with questions of every kind.  Their response was always prompt and friendly, always striving to make sure my system met all of my needs.  We look forward to a long, happy collaboration with them!” says Milani.  Working with Kevin and his team was great, and we look forward to a long partnership.