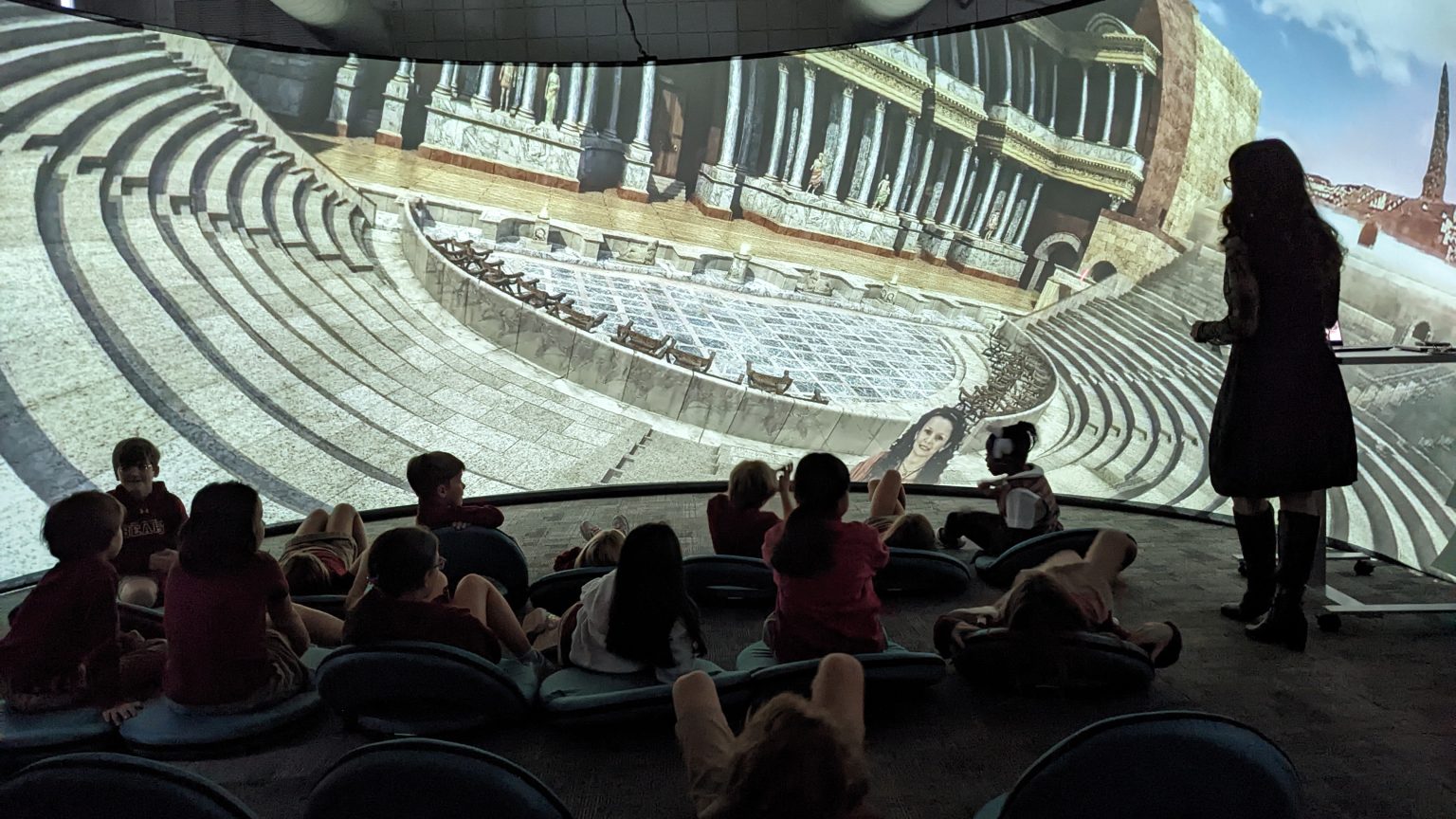 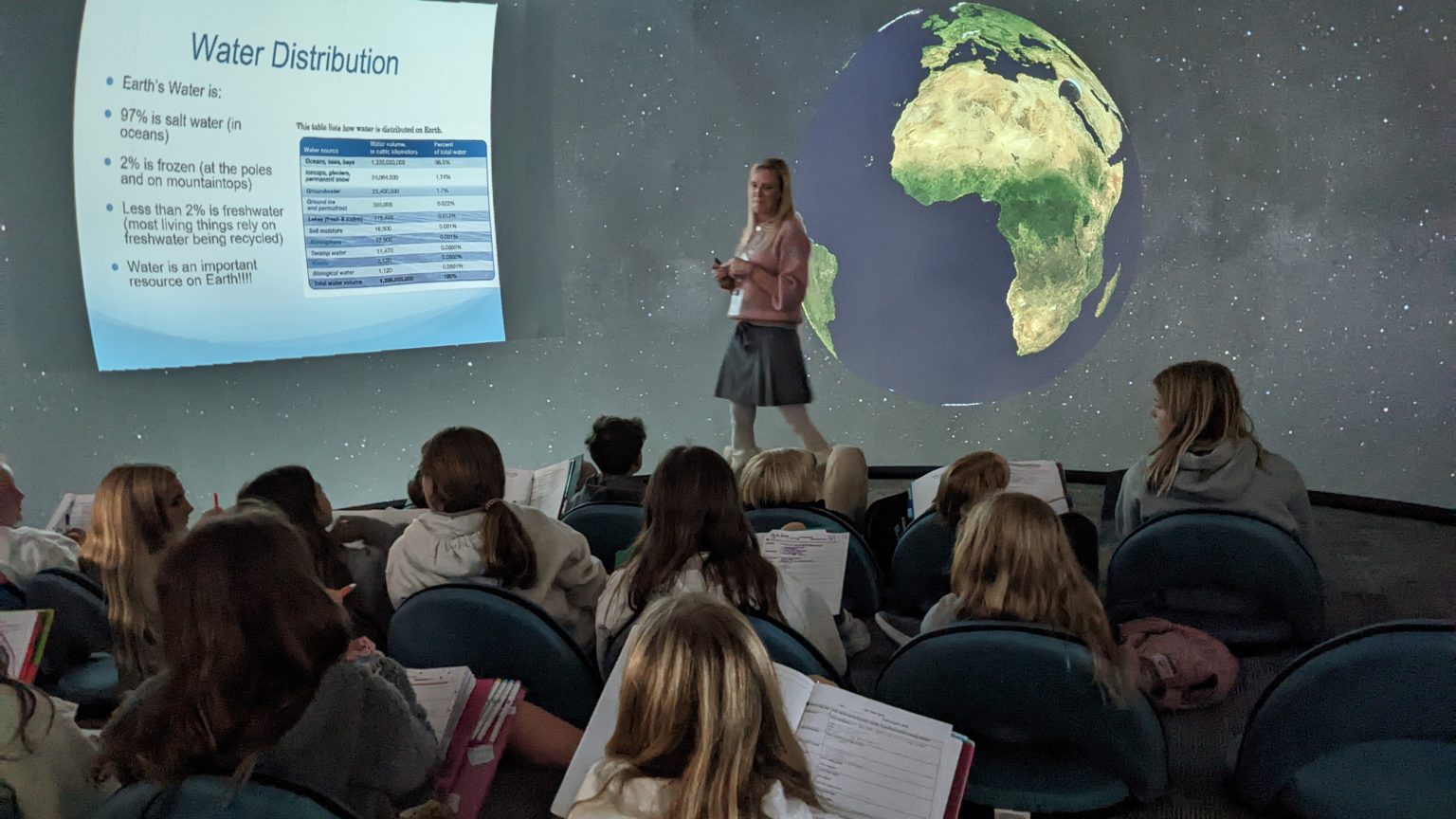 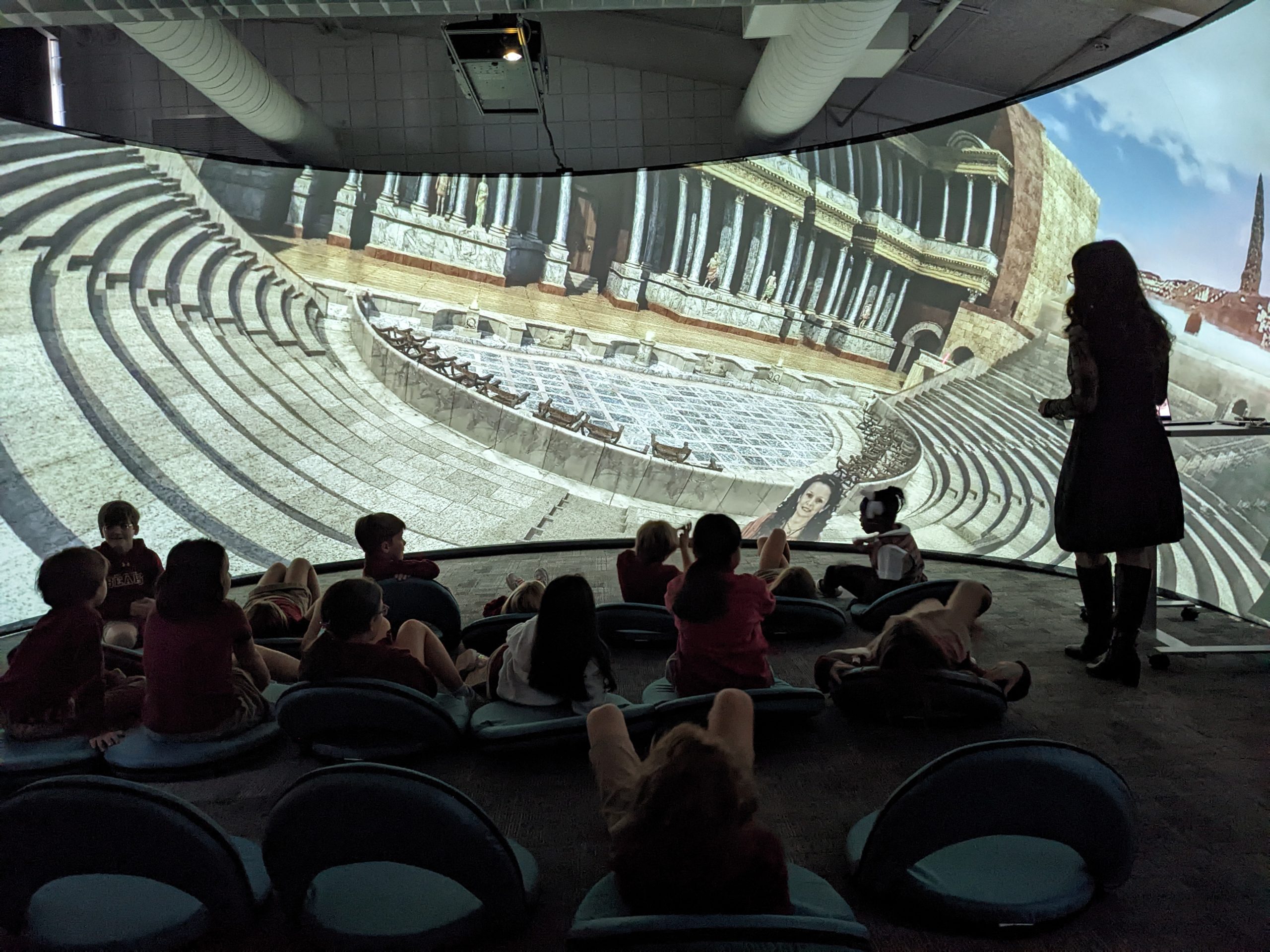 A GeoDome Panorama is part of an immersive learning lab at the PEAK Institute at HIES in Atlanta, GA. The team at HIES are expanding on the established GeoDome use cases, and using WorldViewer as a media mashup tool to build immersive lessons on cultural studies, history and literature. Both students and teachers are creating the lessons as well as customized GUIs using WorldComposer.   A few examples:

Next up, they’ll introduce programming from HabitatXR, an impact-led XR production studio based in South Africa and focused on immersing people in nature and her stories. They’ll also be using WorldViewer’s capability to showcase datasets created for NOAA’s Science on a Sphere, as well as NASA JPL’s Eyes On platforms. And students will incorporate motion sensors for an interactive art project.

Students experiencing the dome range from pre-K through high school students. Here’s what teachers have to say:

At HIES, the customized Panorama is 6.8m in diameter, with an open screen design to create a sense of immersion for students in several rows. An OmniFocus 30350 is mounted overhead, with 3840×2400 resolution at an upgraded brightness of 12,000 lumens. 2.1 audio mounts the speakers inside the screen, and a portable control station enables a wireless tablet as the main user interface.