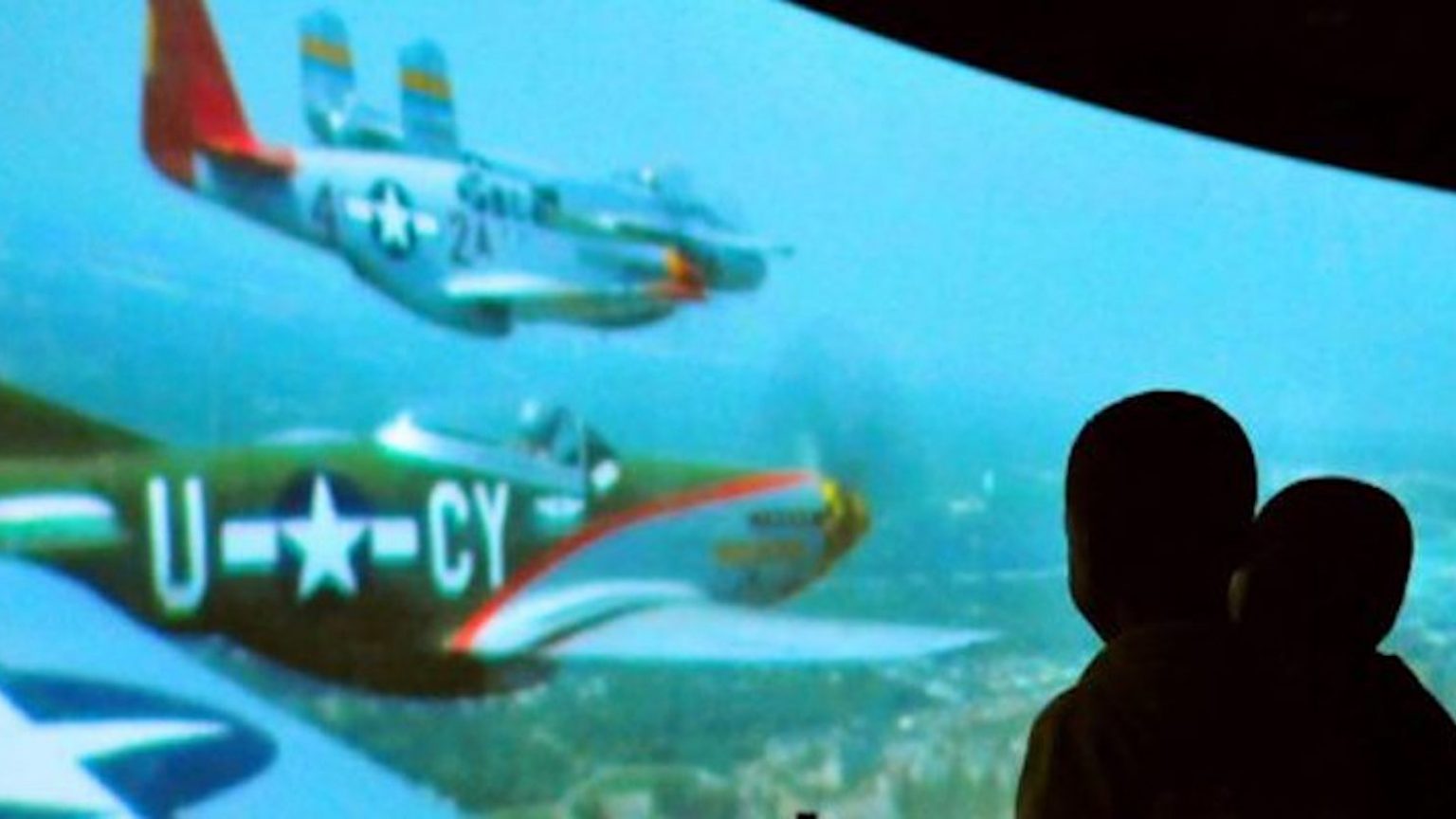 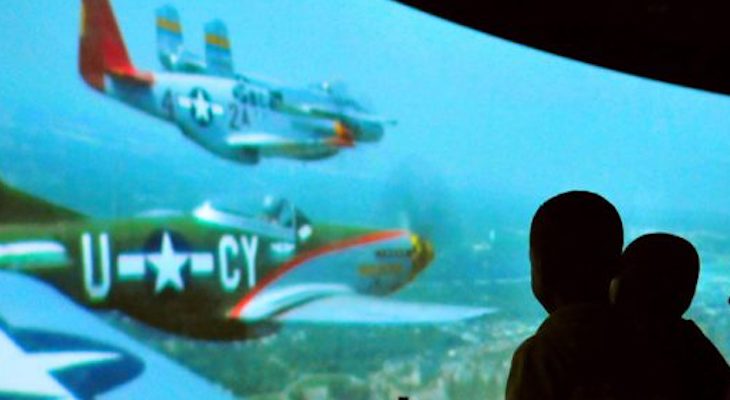 We were contracted to upgrade the RISE ABOVE traveling exhibit, which we initially deployed in 2011. It’s an immersive theater in a collapsible trailer, which travels to airshows and schools to engage audiences in the stories of the Tuskegee Airmen. Programming has now expanded with a new movie that tells the story of the Women Airforce Service Pilots (WASP).

At the time of installation, WorldViewer was just a twinkle in our eye, so the system ran on our OmniPlayer engine. We’ve worked closely with the Red Tail team over the years they’ve been on the road, installing a new IG with WorldViewer when it was released, and consulting with the cinematographers at Hemlock Films as they developed the new WASP movie.

The 2020 upgrade uses their existing OmniFocus 500 series lens with a Barco F90, providing 3840×2400 resolution at 12,500 lumens with a laser light engine – no more lamp changes. We designed a sliding mount system to work with the collapsible trailer in operation and travel modes, and upgraded the audio to an active custom 7.1 audio system with fully digital interface. WorldViewer now also manages all show control internally, integrating the A/V system, the lighting system, and power management with the trailer’s complex structure, and enabling simple operation through redundant rack and wall-mounted touchscreen interfaces as well as wireless Surface tablet control.

We look forward to continuing to support the Commemorative Air Force Red Tail Squadron and the RISE ABOVE mission – inspiring young people to RISE ABOVE adversity using the lessons and stories of the Tuskegee Airmen and the WASP.