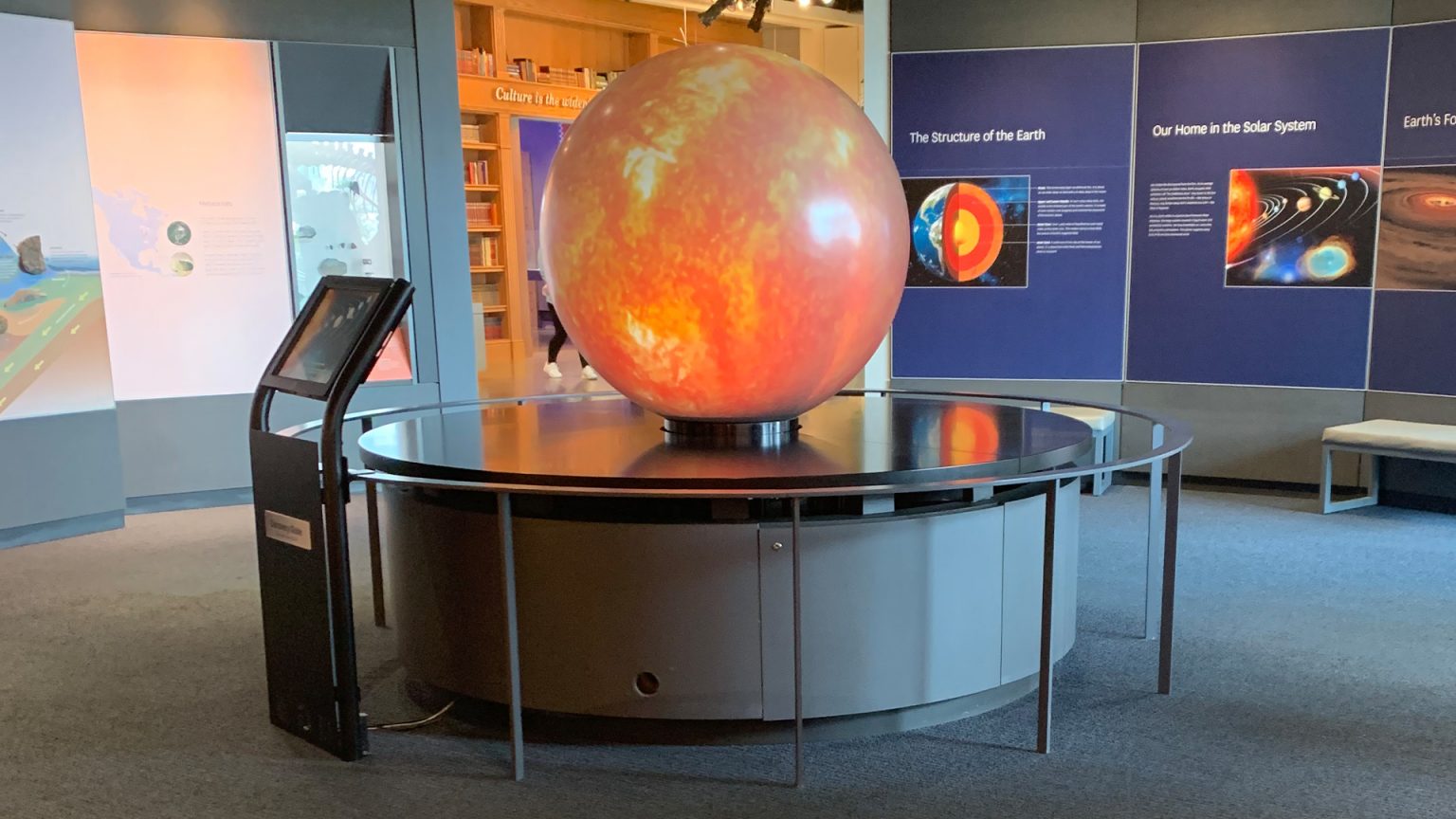 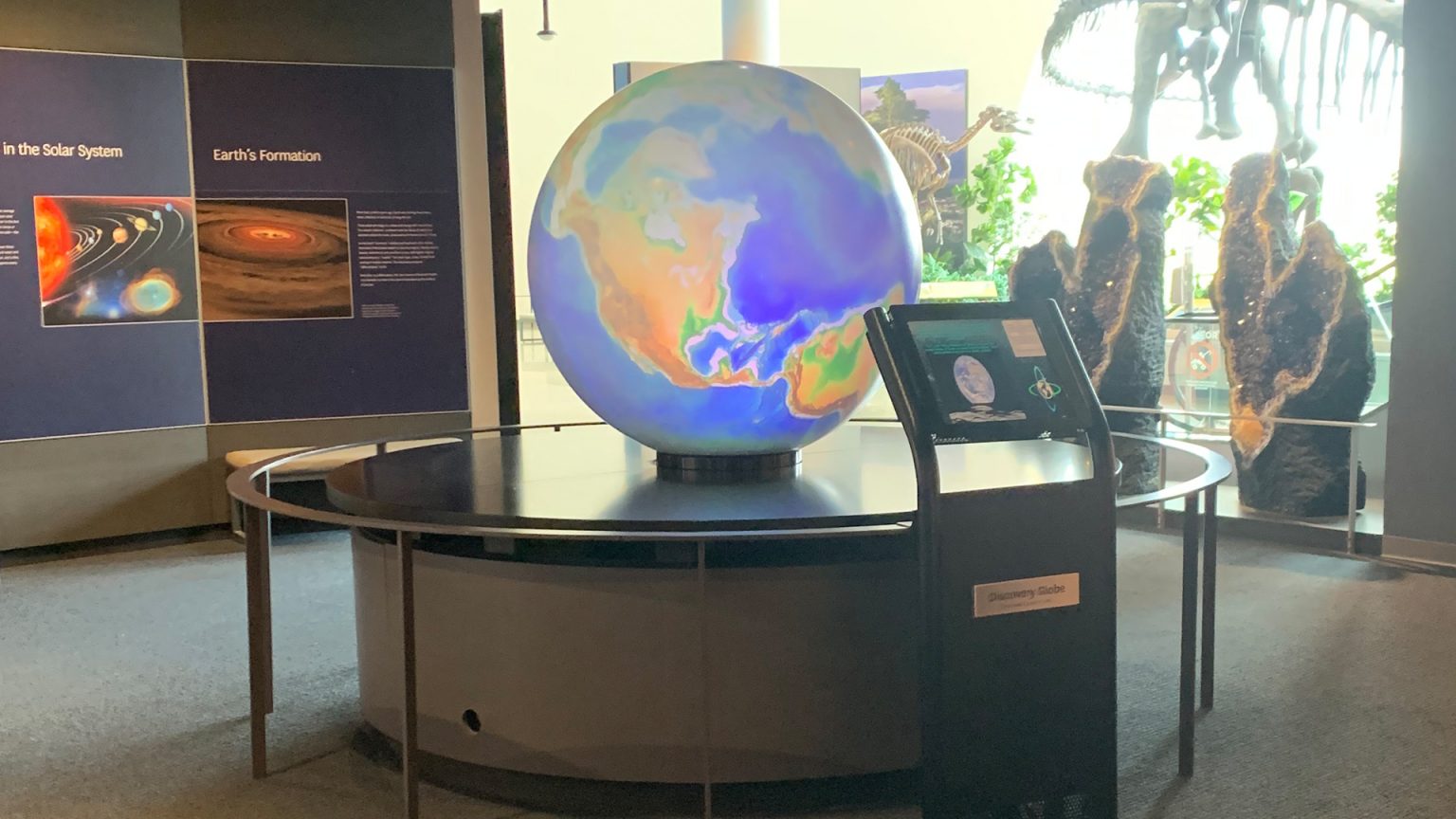 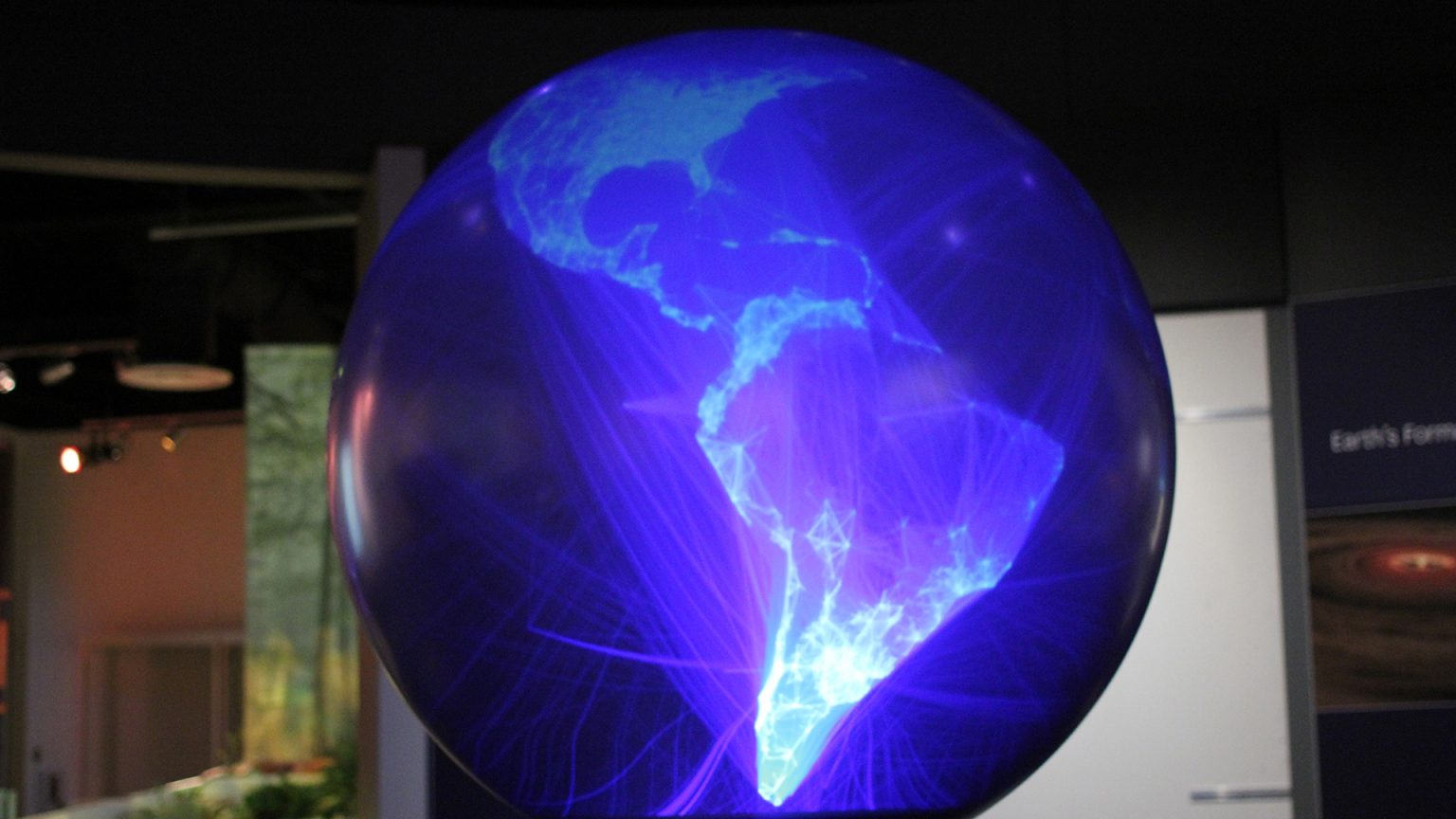 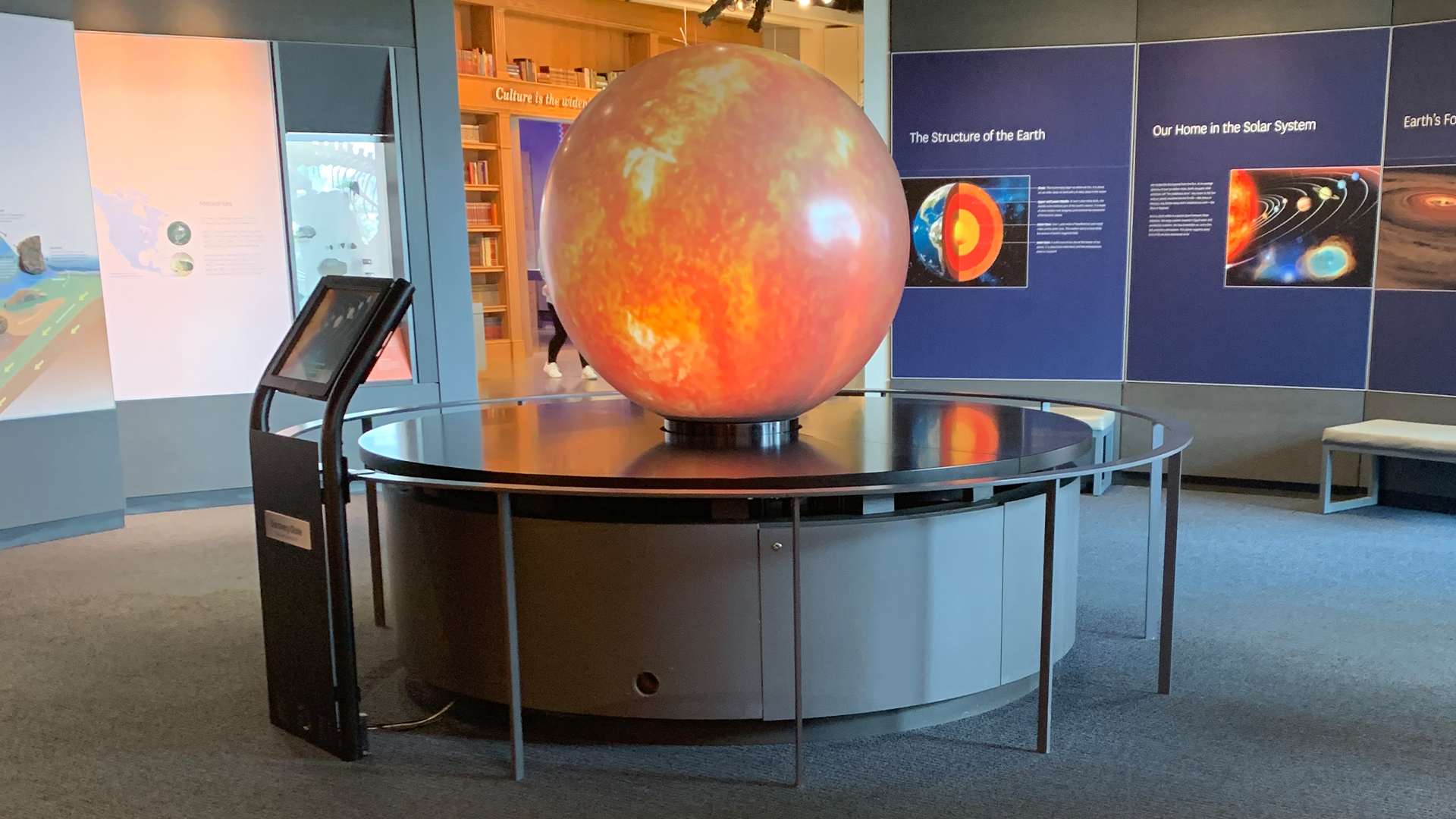 Discovery Park of America found themselves with a Magic Planet that had lost its magic.  As a result of the discontinuation of Adobe’s Flash software in December of 2020, the only magic their globe was providing was a disappearing act…  almost all of the datasets that were showcased on the exhibit were virtually inaccessible.  Since their globe was driven by an OmniFocus Projection system, the staff at DPA reached out to us to bring life back to this exhibit.

We converted their system to a GeoDome Globe powered by WorldViewer and an Elumenati IG (image generating computer).  This upgrade enables them to not only use many of the datasets that were available with their Magic Planet, but also expand their storytelling capacity through WorldViewer and the ability to create custom user experiences. The globe is running several of the WorldViewer Stories we’ve provided for the network of GeoDome users: Tectonics & Volcanoes, The Water Planet, Climate Connections, and The Solar System.

We also added NASA’s Eyes on the Earth, so visitors can fly along with satellites to monitor the Earth’s vital signs and see current events from a global perspective.

On the hardware side, we installed a new dual-projector OmniFocus 300 series solution, lighting the 1.2m globe with 2.6Mpix resolution at 10,000 lumens. Replacing the old lamp-based system with laser projectors mean 20,000 hours of operation with no maintenance required.

We enjoyed bringing magic back to this exhibit and look forward to working with Discovery Park of America throughout the coming years.