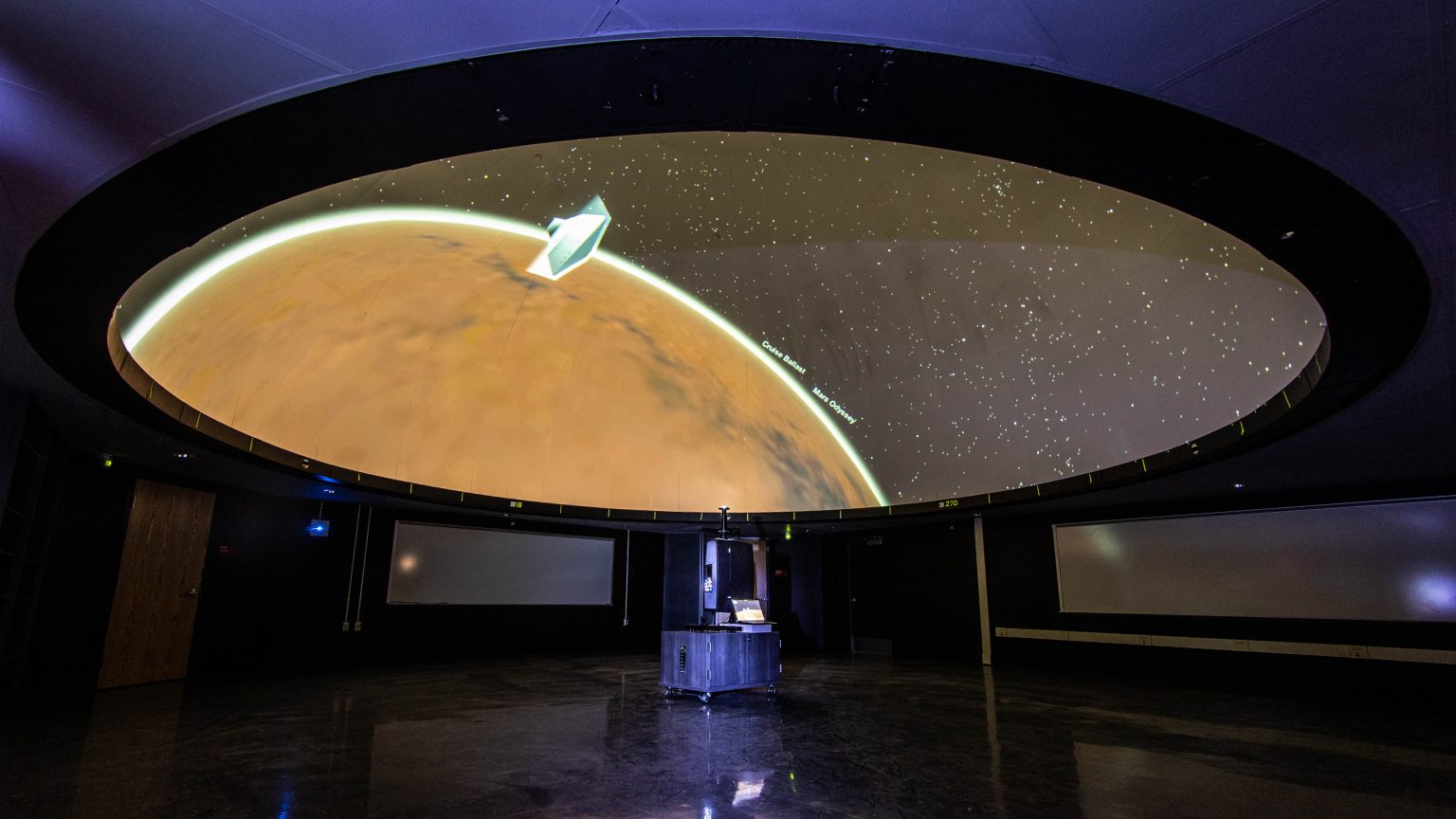 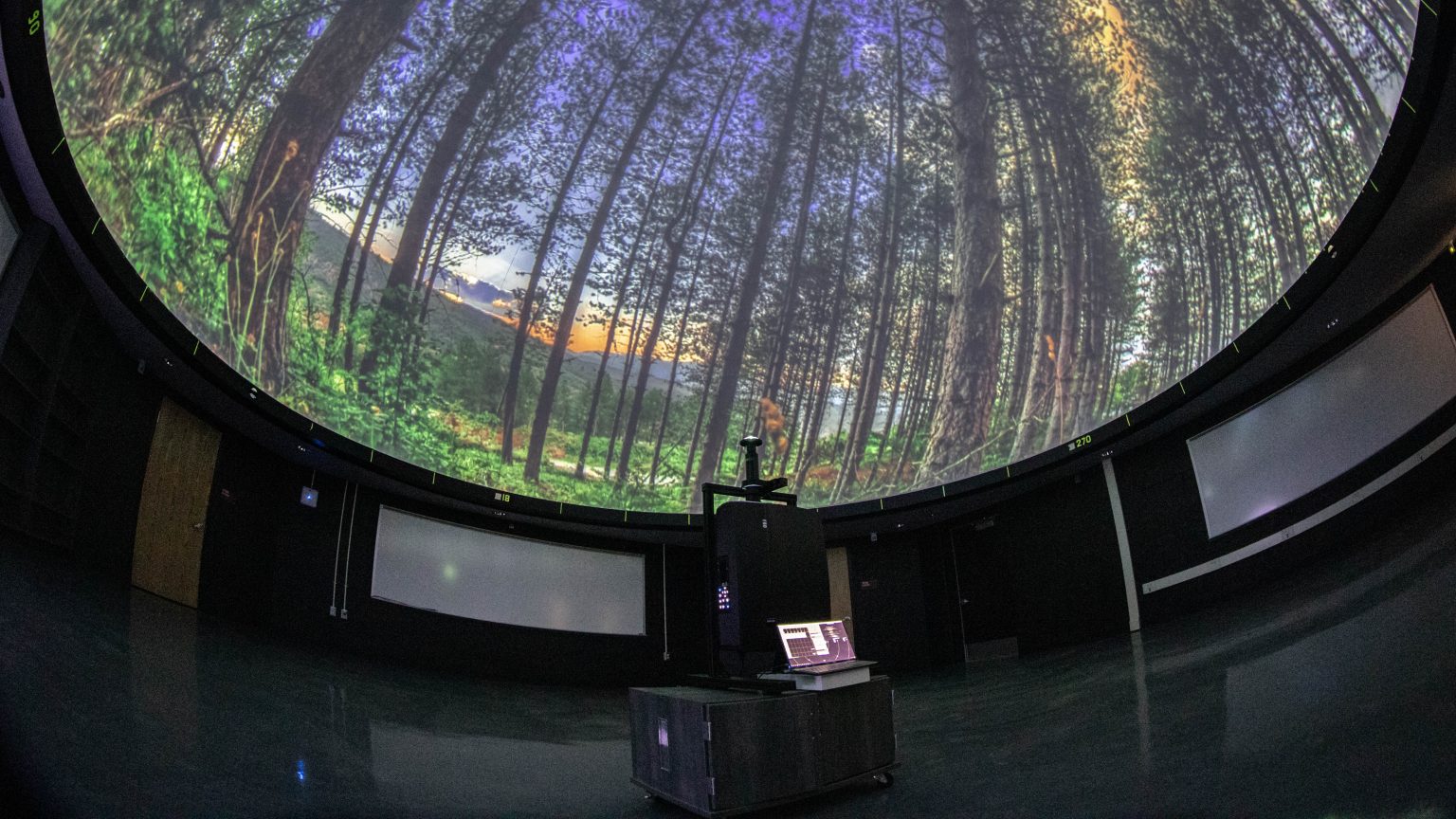 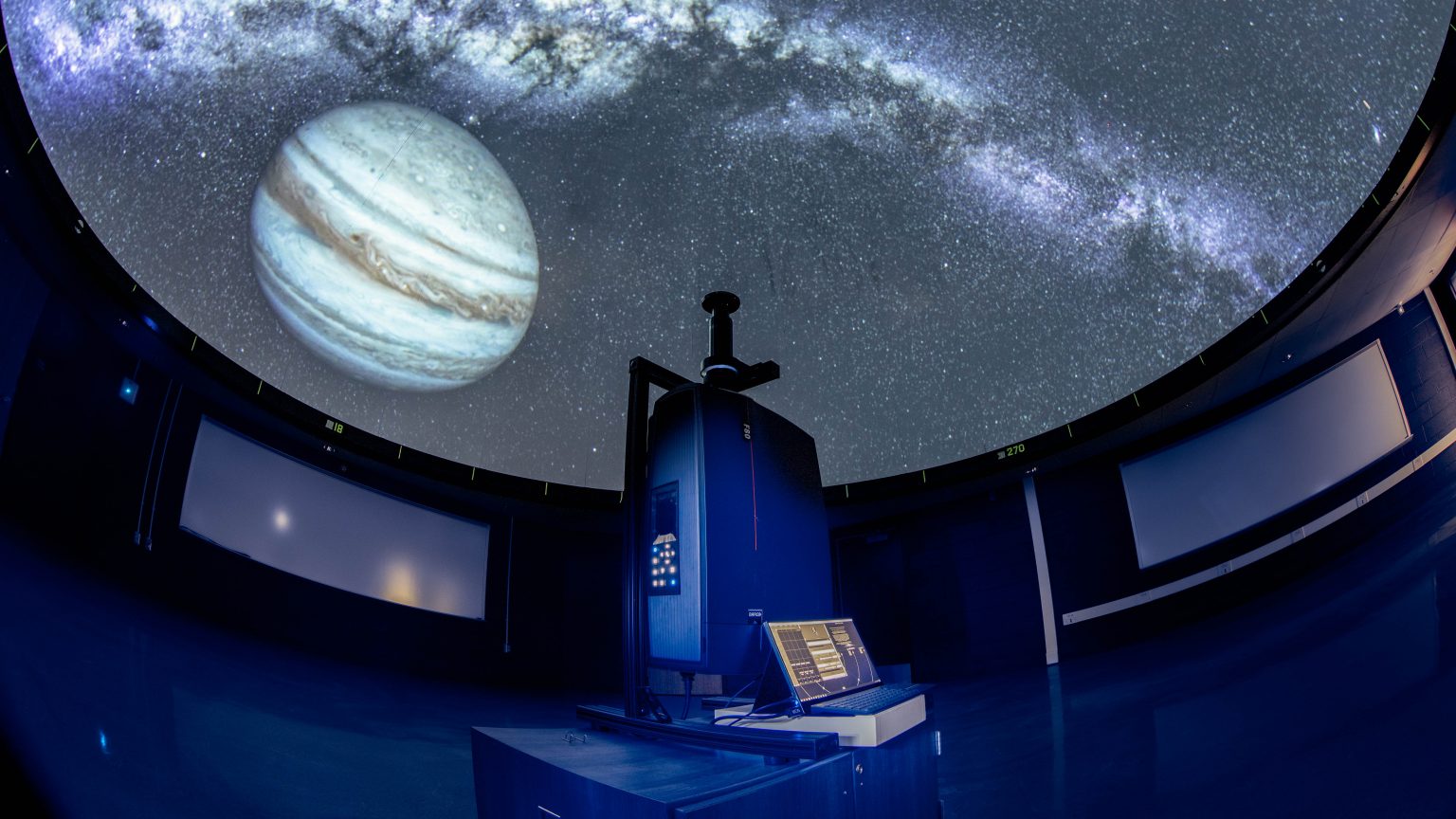 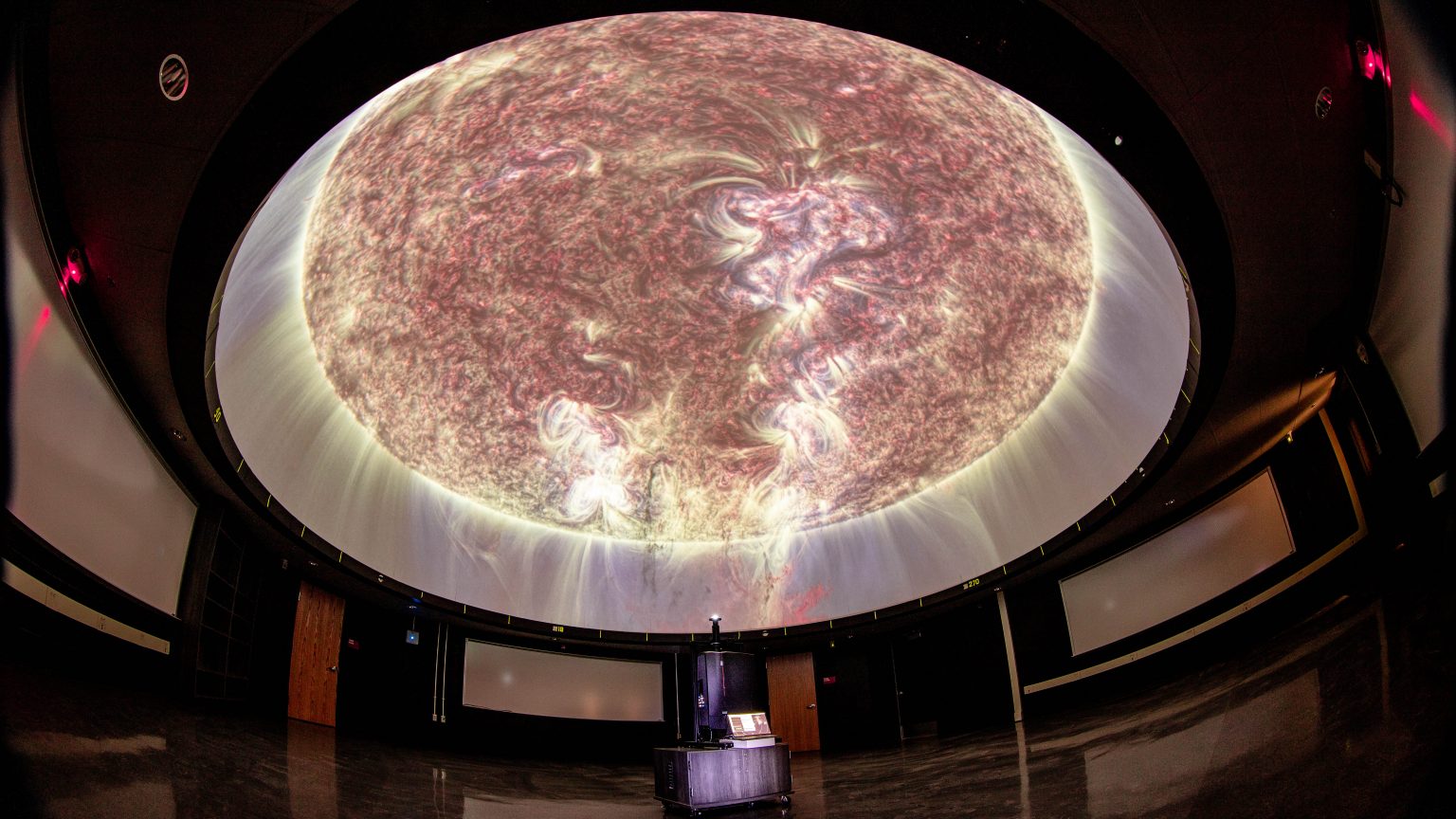 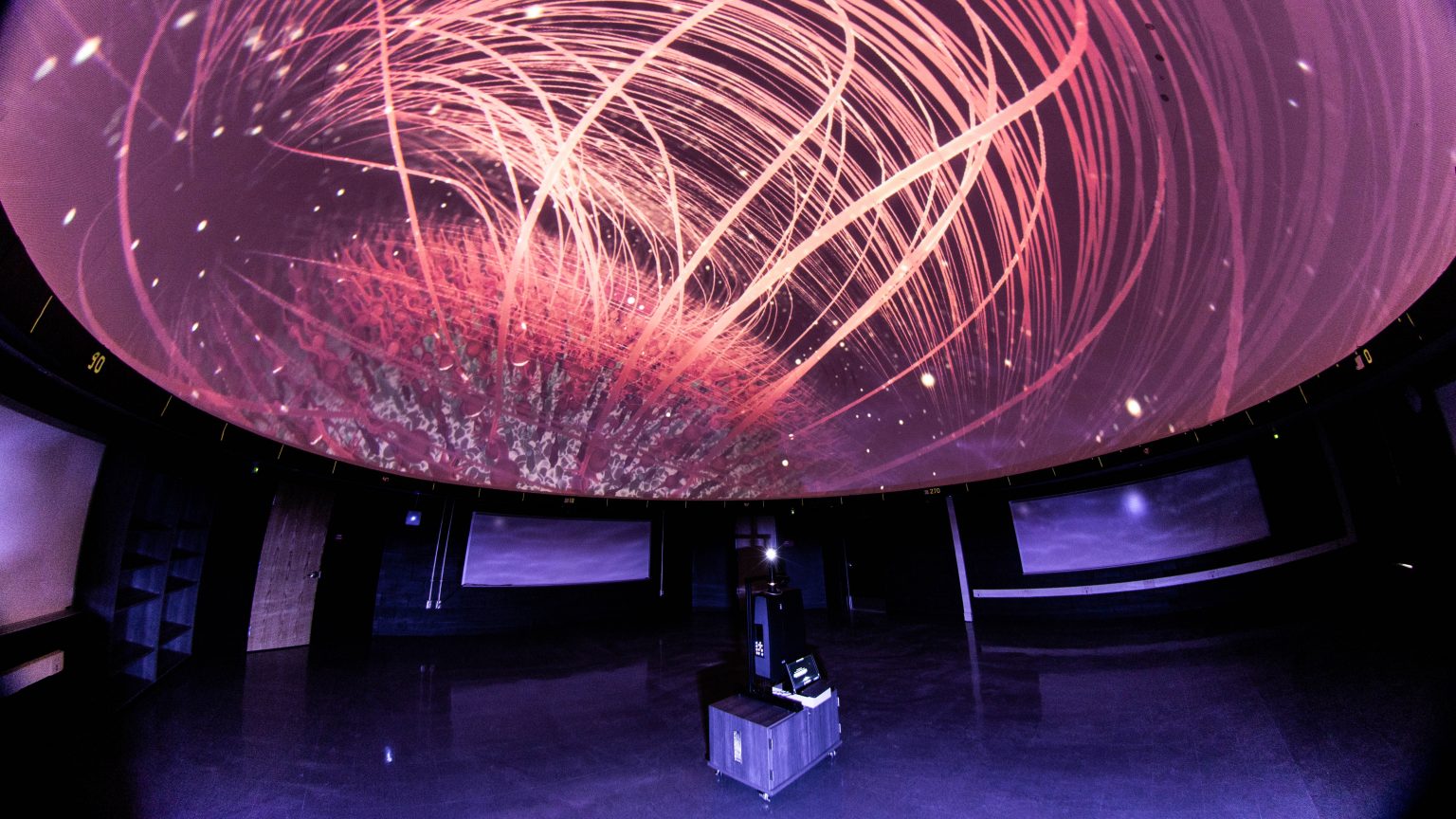 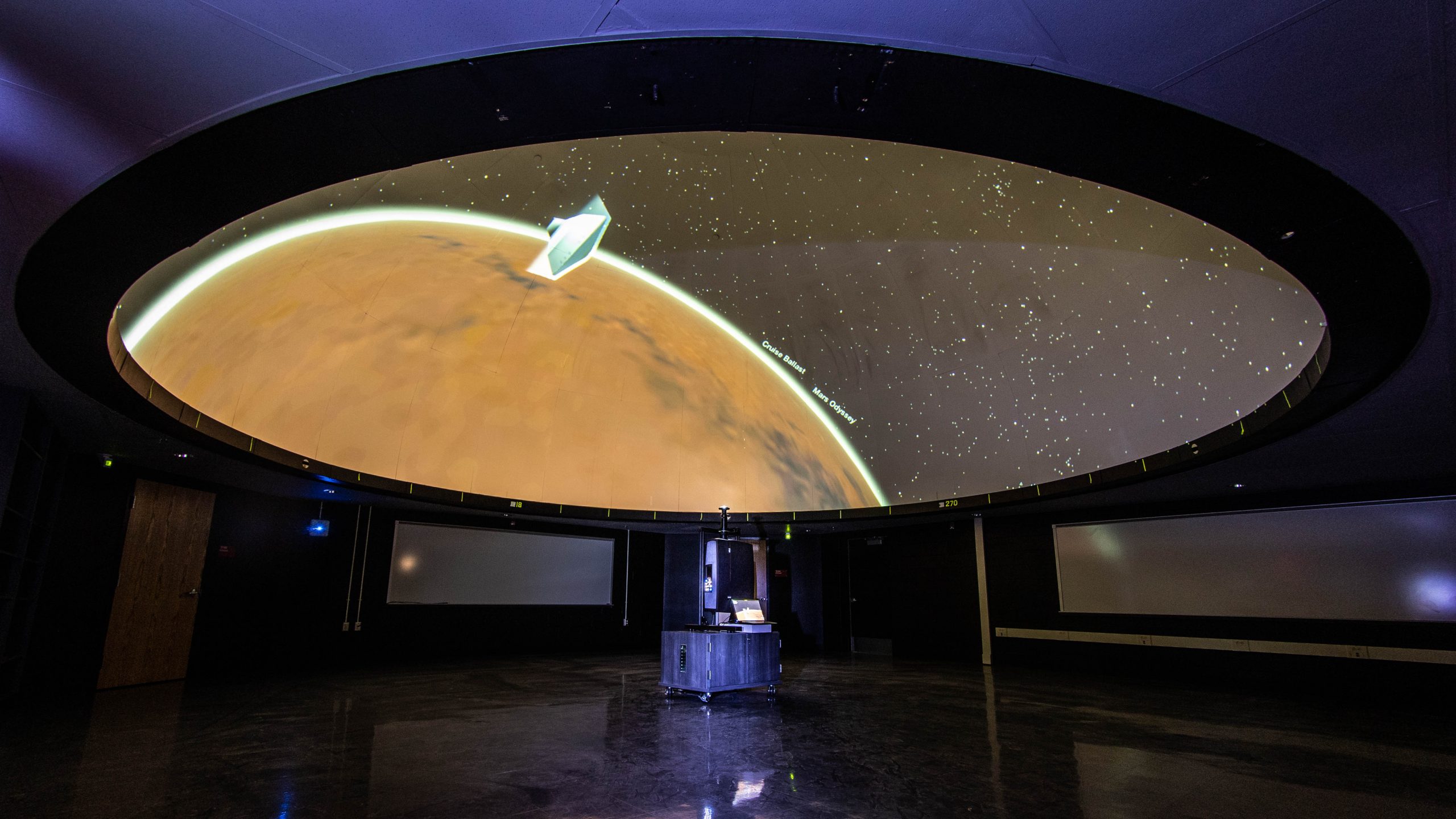 The Herndon High School Planetarium is now home to a GeoDome Evolver, with content driven by WorldViewer. It’s the second of several planetarium updates as part of renovations across the Fairfax County School District outside Washington, DC. The school’s 7m-diameter fulldome is lit by an OmniFocus 30240 projection system, with 4K resolution at 7,000 lumens. It’s incorporated into a rolling cart, since the multi-use space also serves as a full-time classroom for Mary Blessing, the planetarium’s director and teacher of astronomy and geosystems.

An Elumenati IG runs WorldViewer’s Open Playground Astronomy extension, including OpenSpace, WorldWide Telescope, and NASA JPL’s Eyes platforms. In addition, this installation is the first to feature the Elumenati’s specialized version of Stellarium through WorldViewer’s user interface. A dual window feature keeps the native Stellarium GUI within reach so it can be operated without interrupting the night sky astronomy projected in the dome.

We worked on the installation in conjunction with ePlanetarium, who have provided OmniFocus systems to their clients for years.