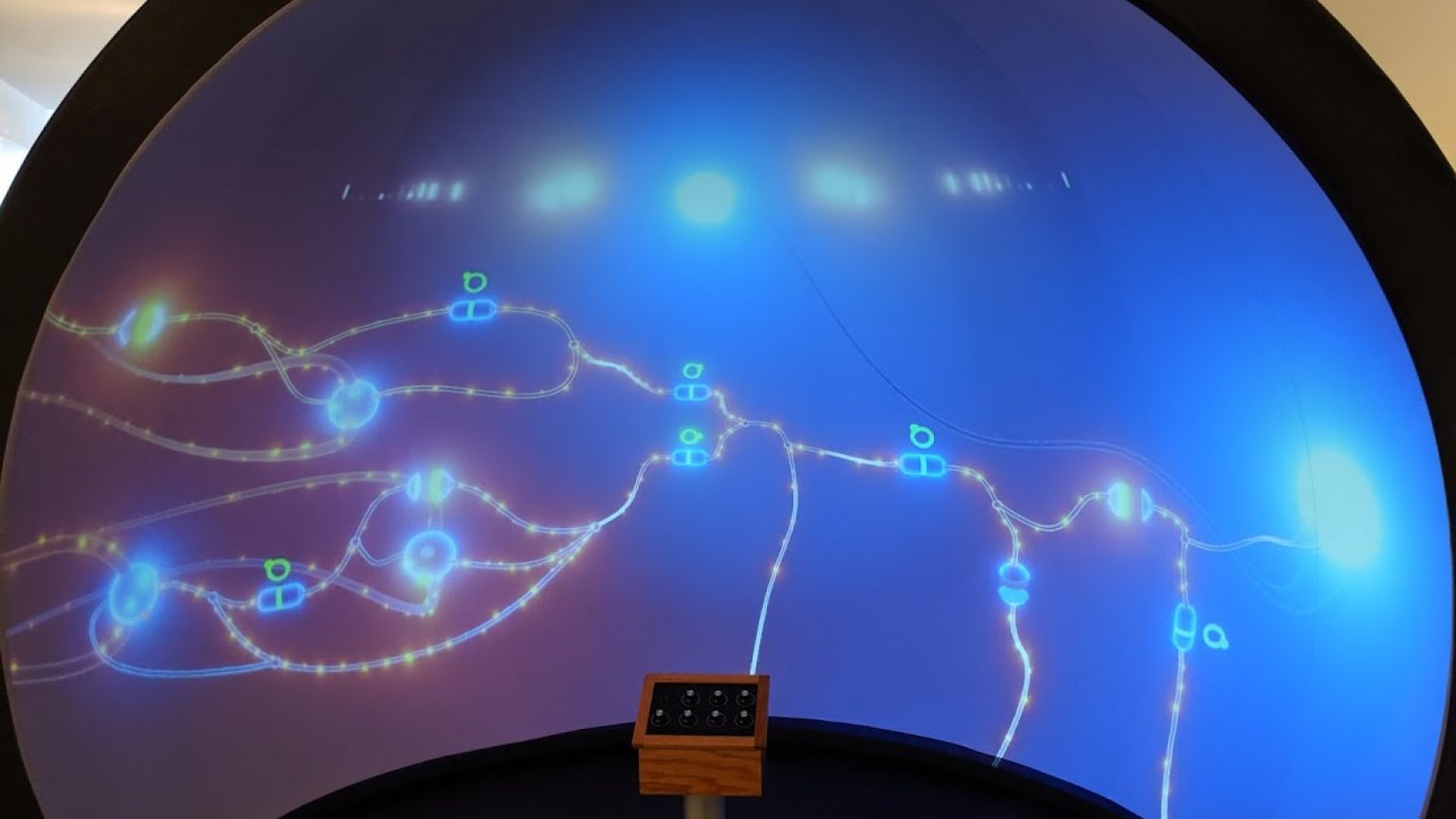 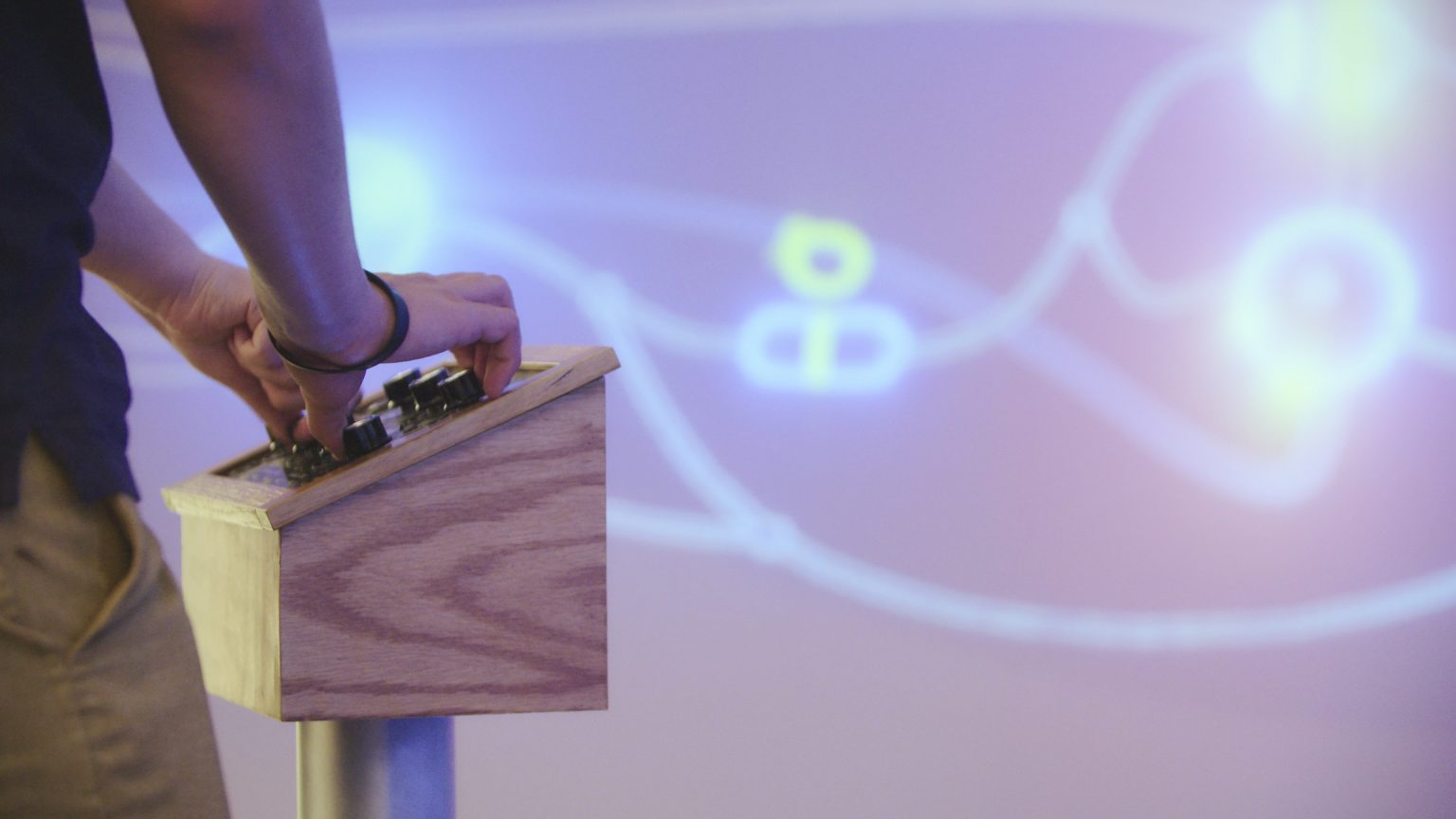 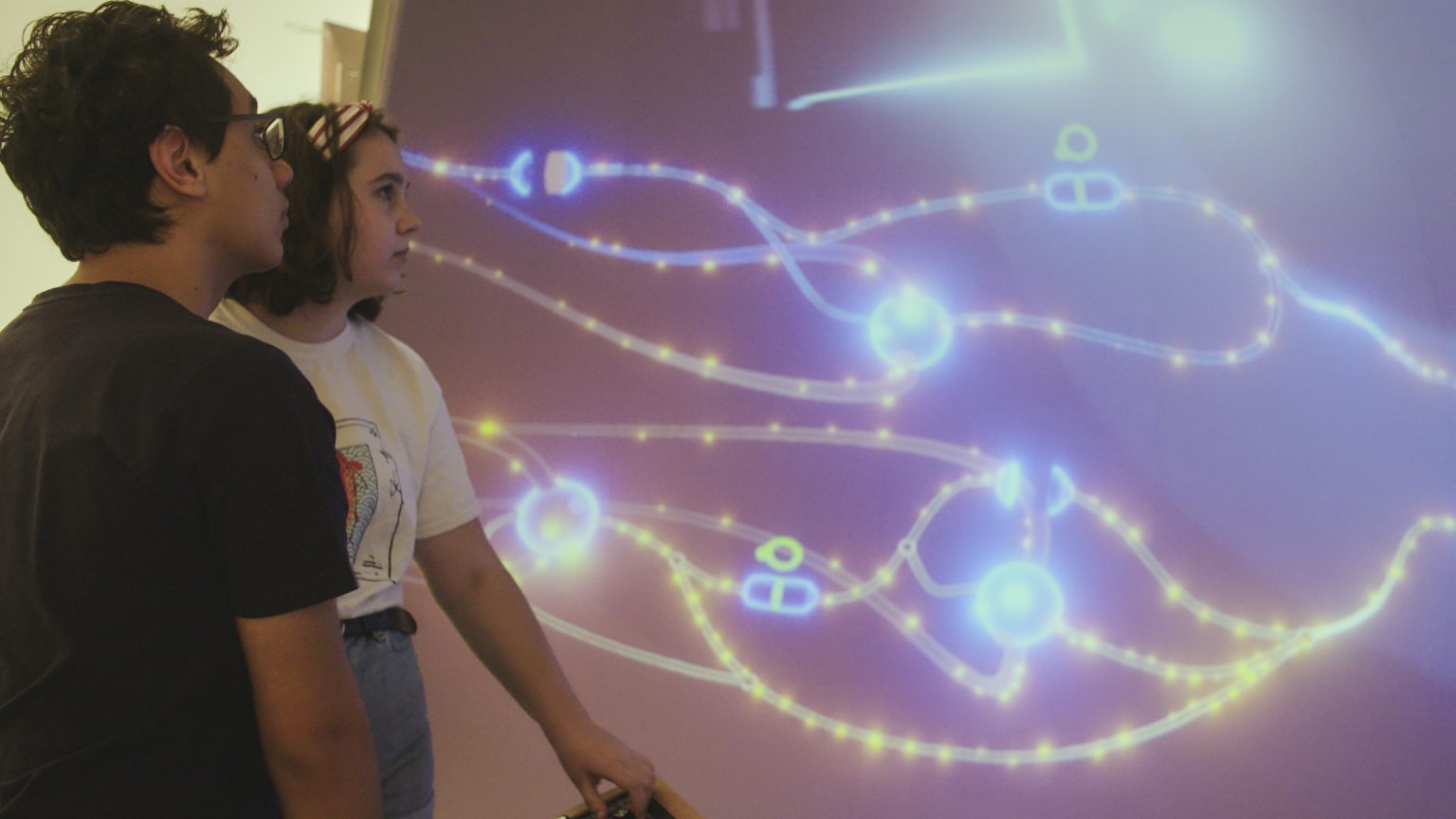 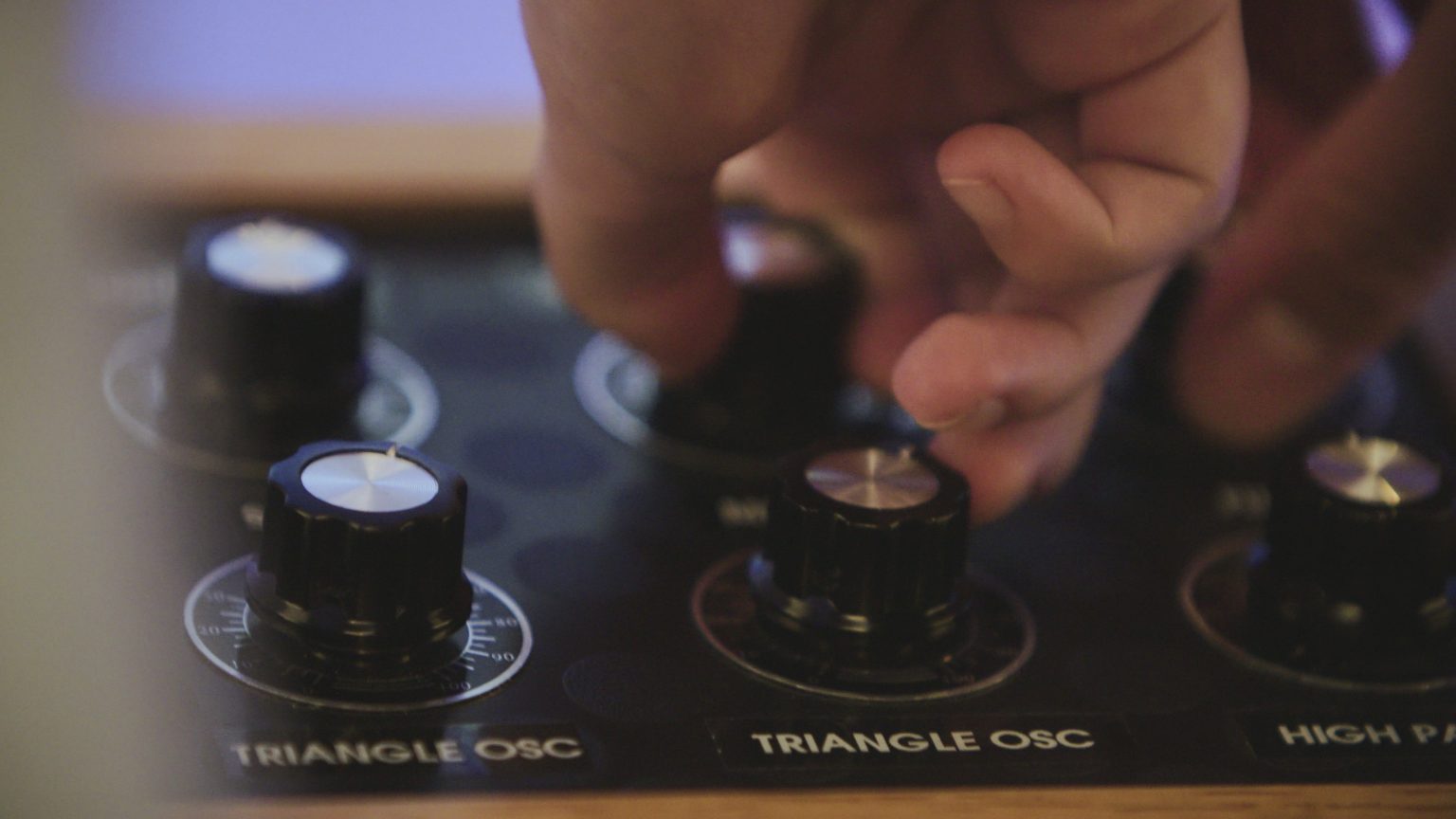 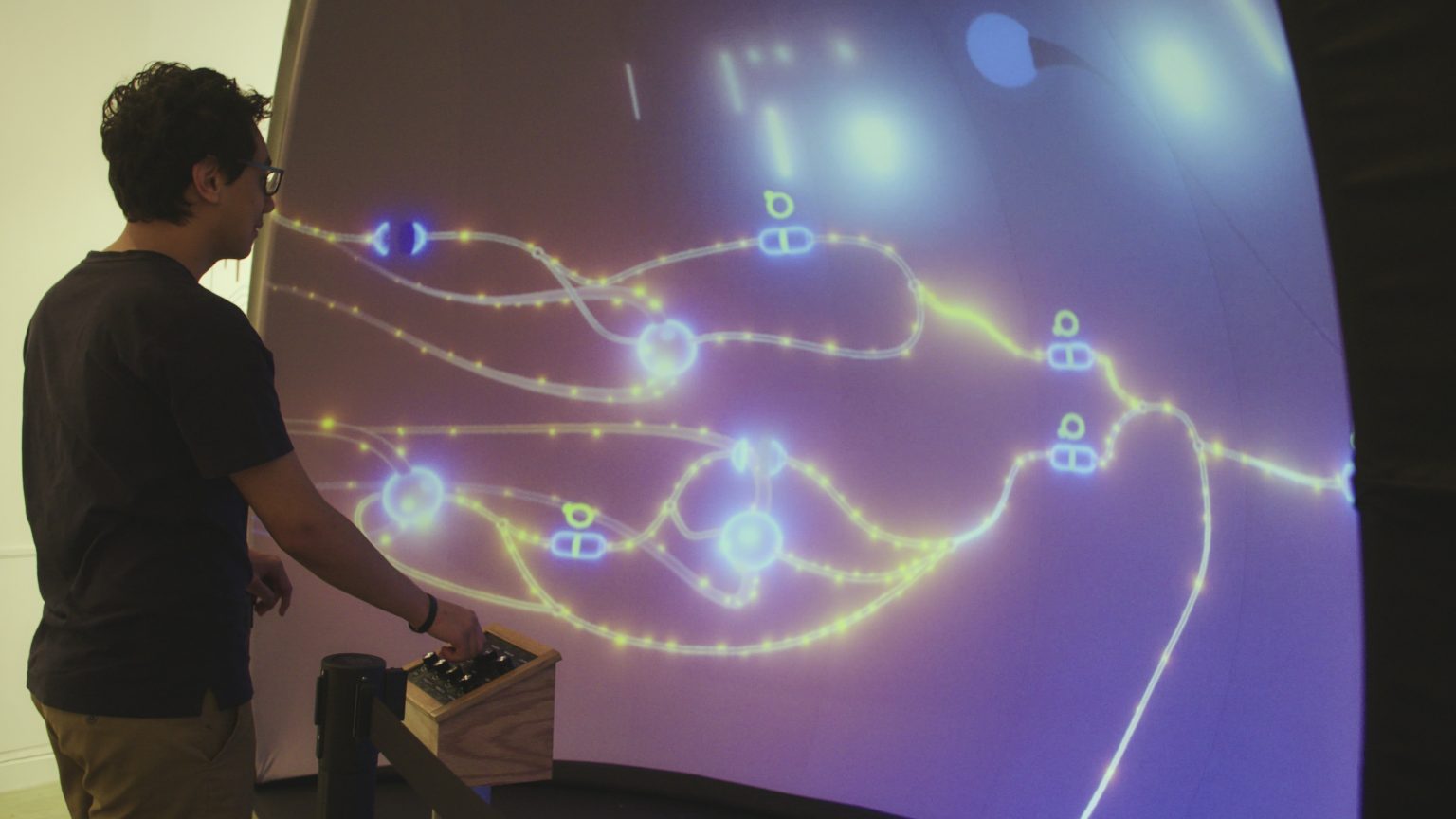 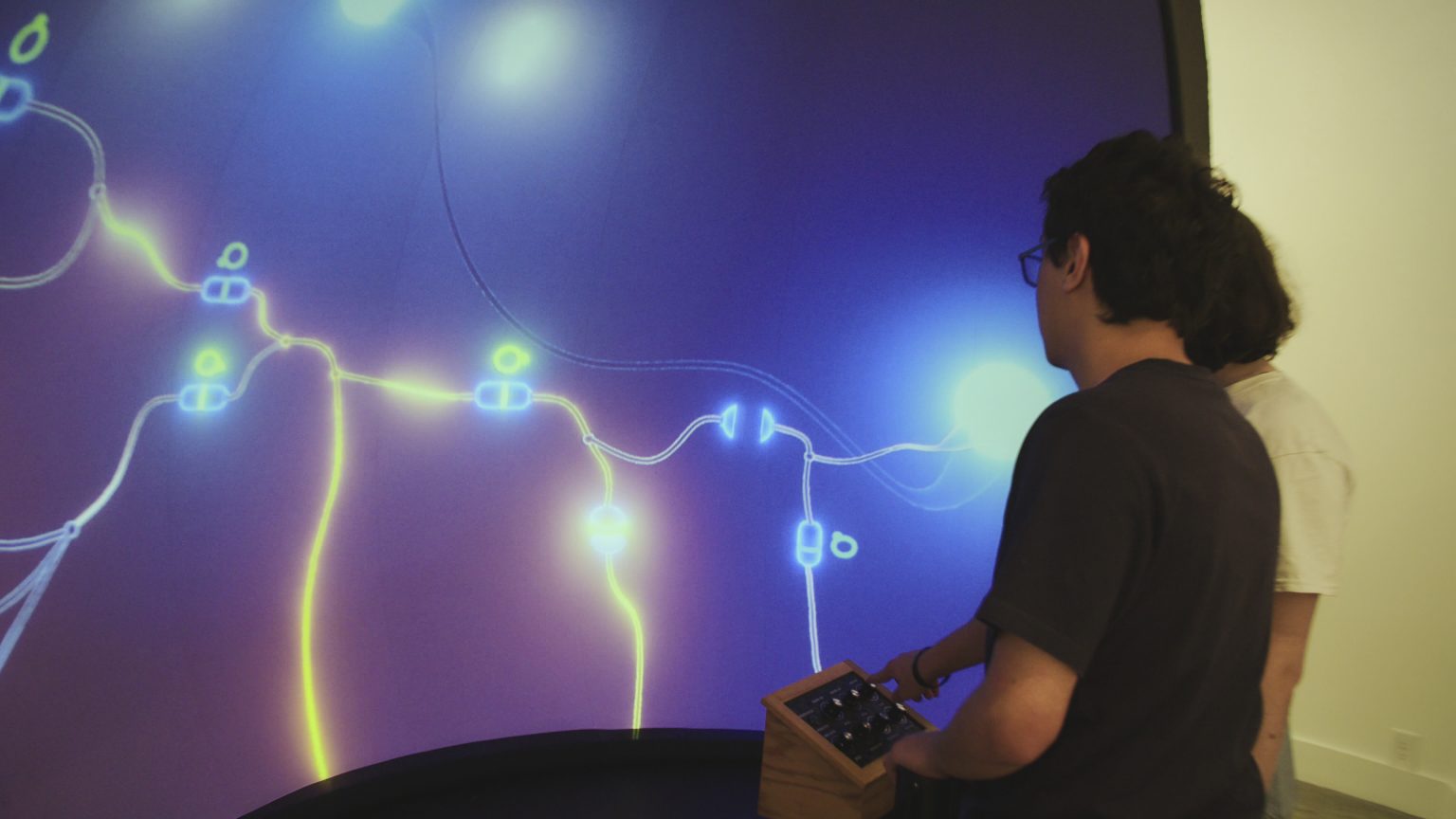 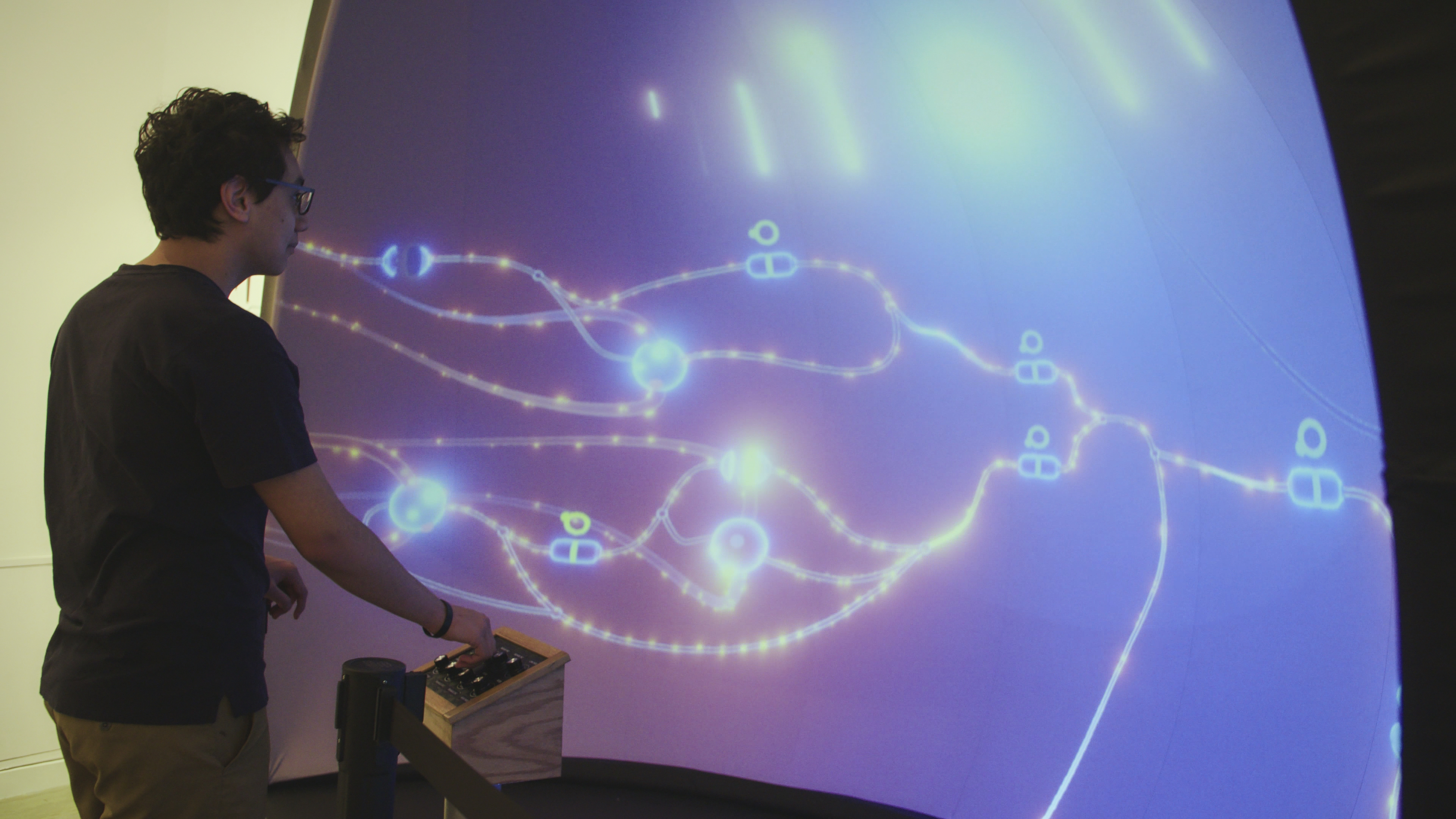 Check out the video here! We’re truly honored that a GeoDome Portal is part of the Moogseum, helping Bob Moog’s legacy and the science of sound comes alive for people of all ages. In “How Electricity Becomes Sound” in the Portal, visitors explore the process in a custom-built Unity game. The animation follows an electrical current through oscillator, transistor, capacitor, and resistor. We built a controller with analog synth-style knobs, so that museum guests can tweak the various elements to understand how they affect sound waves.

The Moogseum’s 3m Portal is lit with an OmniFocus 30250, a 4K laser projector with 8,000 lumens. The 90-degree fold in the optics let us place the projector horizontally, so it’s built into a platform on the floor. Content is enabled for dome display with WorldViewer and Omnity.

We collaborated with Ivan Safrin on the project. Ivan is a freelance developer based in NYC. We previously worked together on Space Cruisers at the American Museum of Natural History, which was showcased in AMNH’s GeoDome Theater as well as at the Hayden Planetarium.

The Moogseum is a project of the Bob Moog Foundation, part of their mission to ignite creativity at the intersection of music, science, history and innovation. It’s located in downtown Asheville, NC, home to The Elumenati’s mountain outpost – in part because two of our principals studied and worked with Bob Moog, whose insights provided inspiration for co-founder David McConville to pursue the idea of immersive visualization. We’re truly honored to serve the museum’s mission, to bring Bob’s pioneering legacy to life through unique experiential historical exploration and multi-sensory educational exhibits.