Space Pirates in the Cyclorama at ASTC 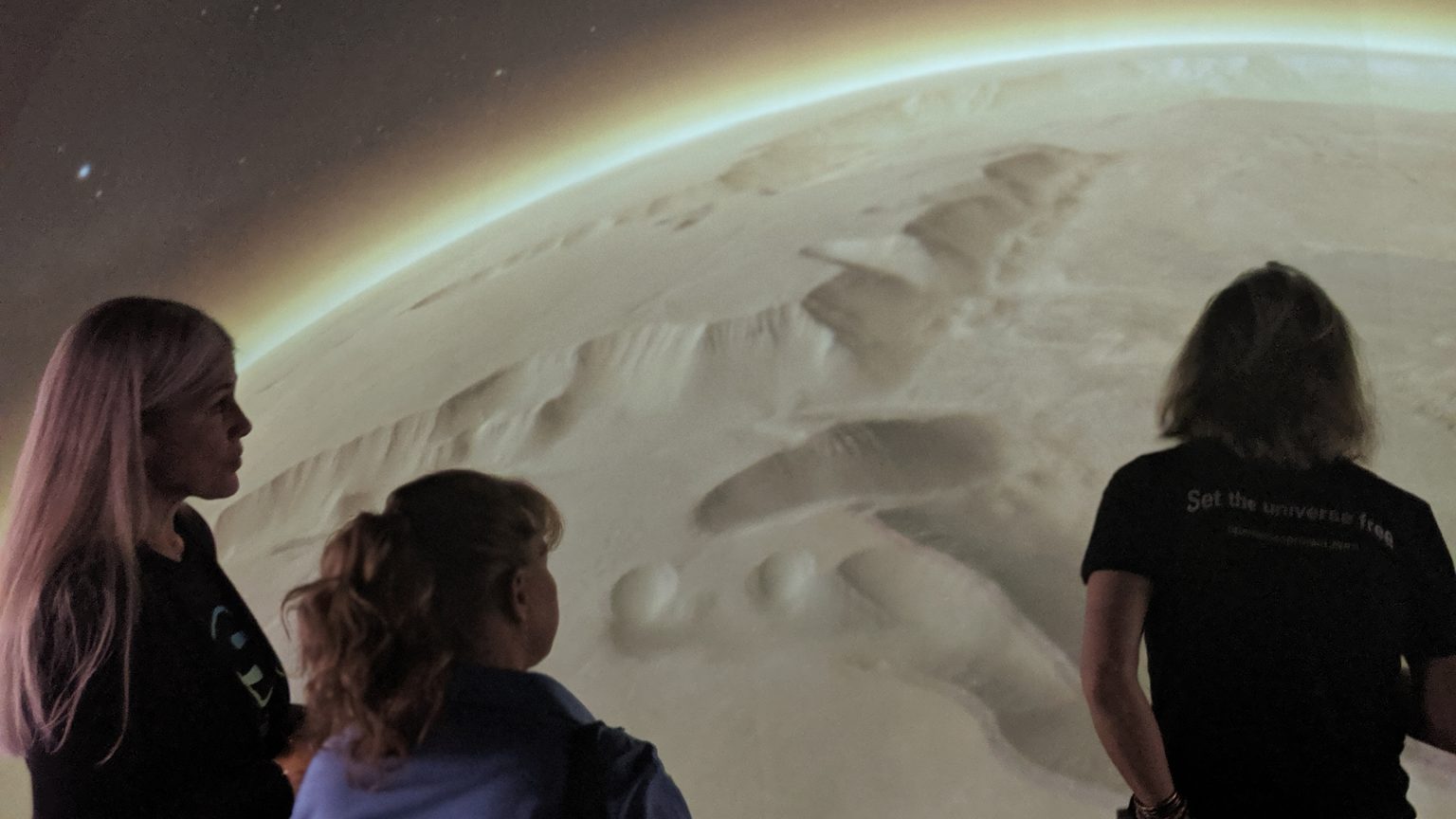 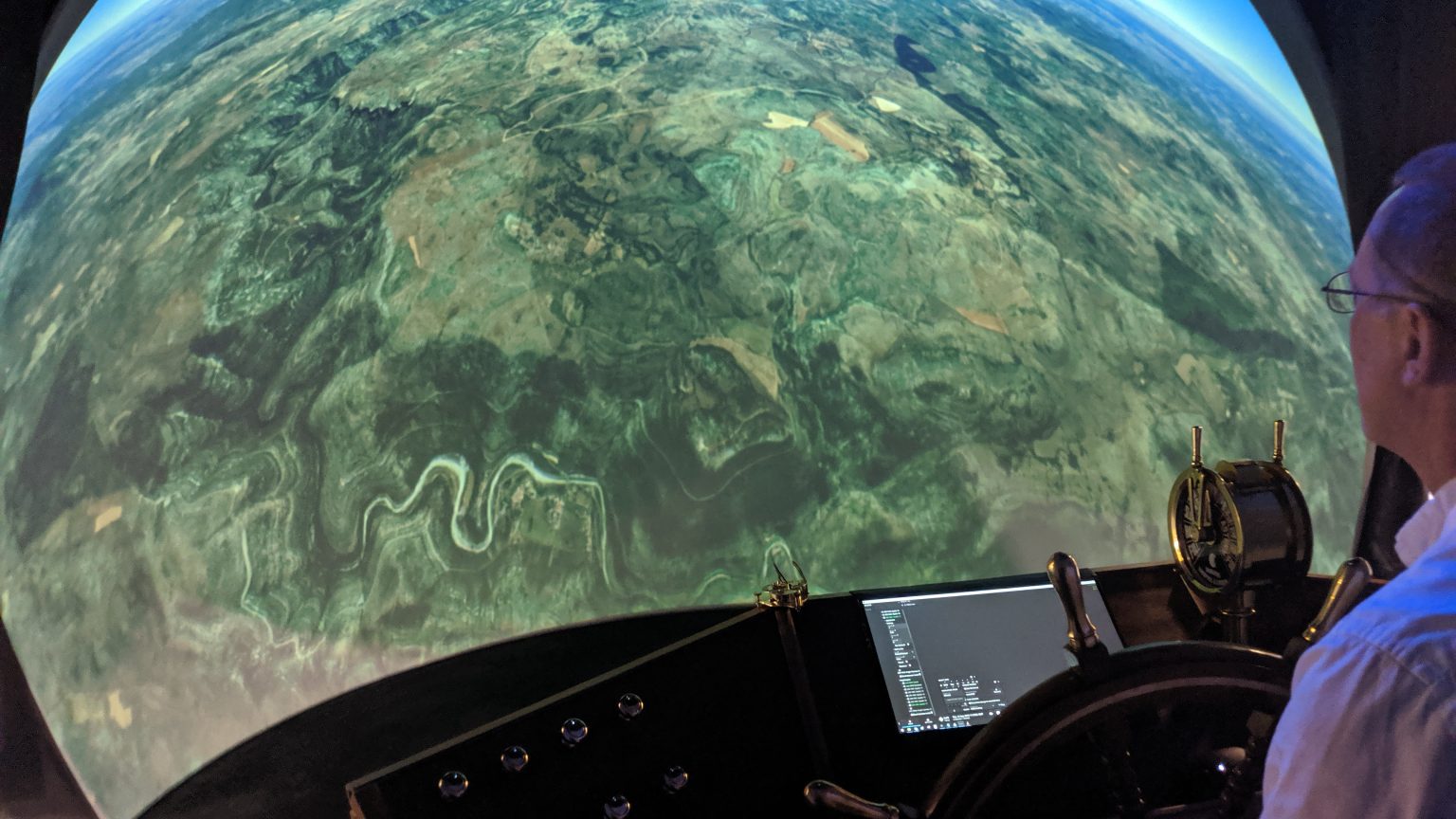 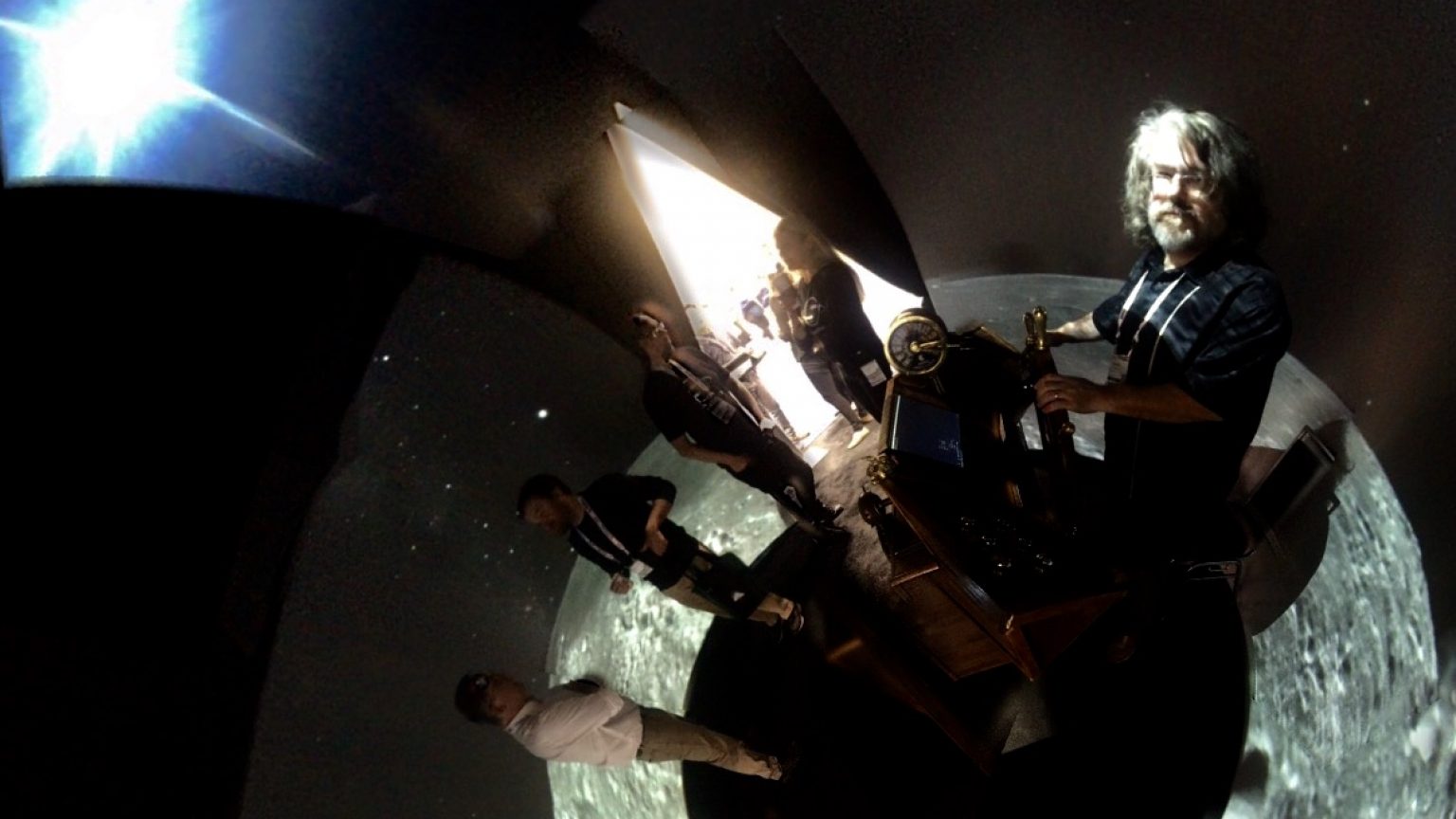 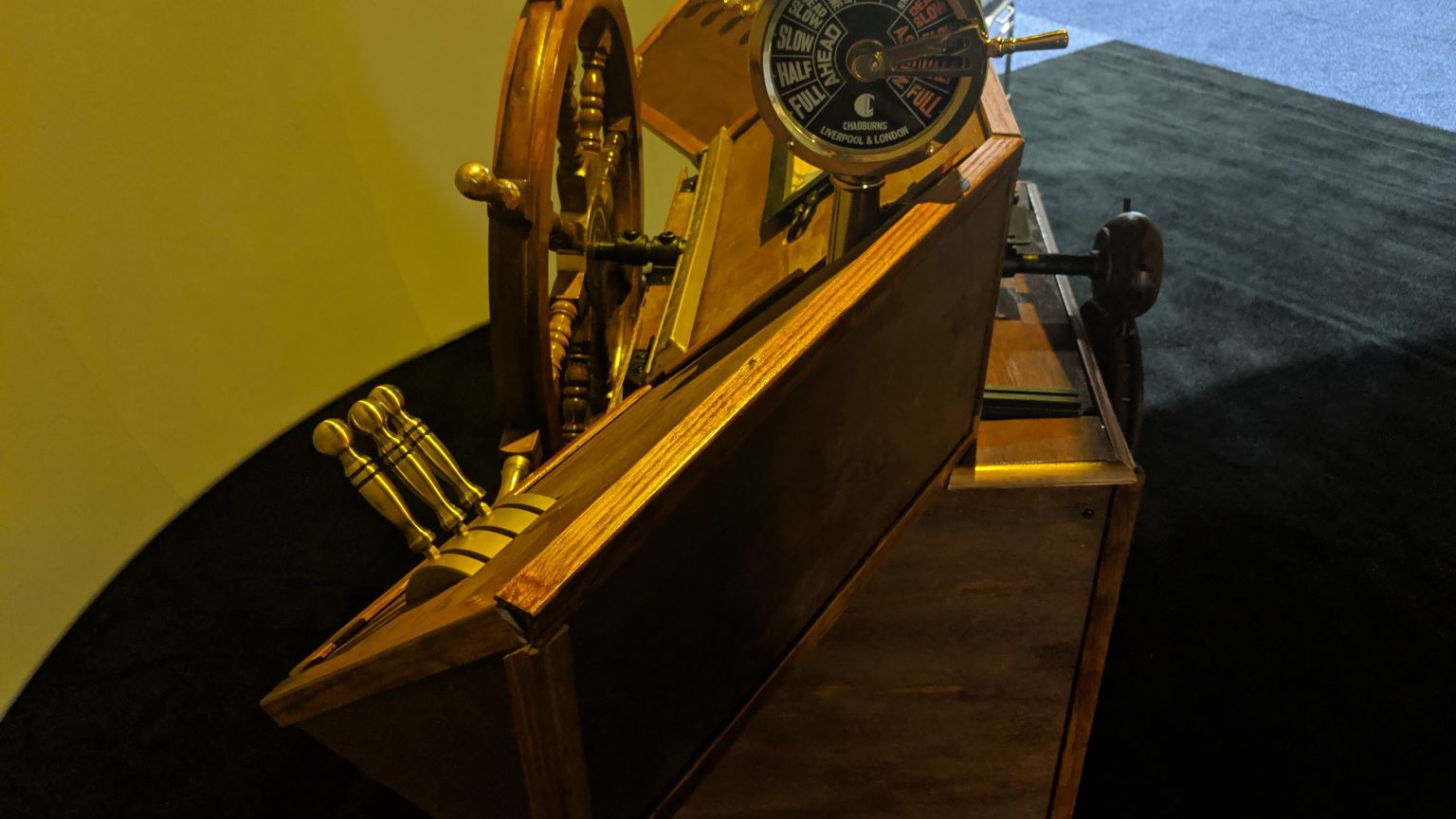 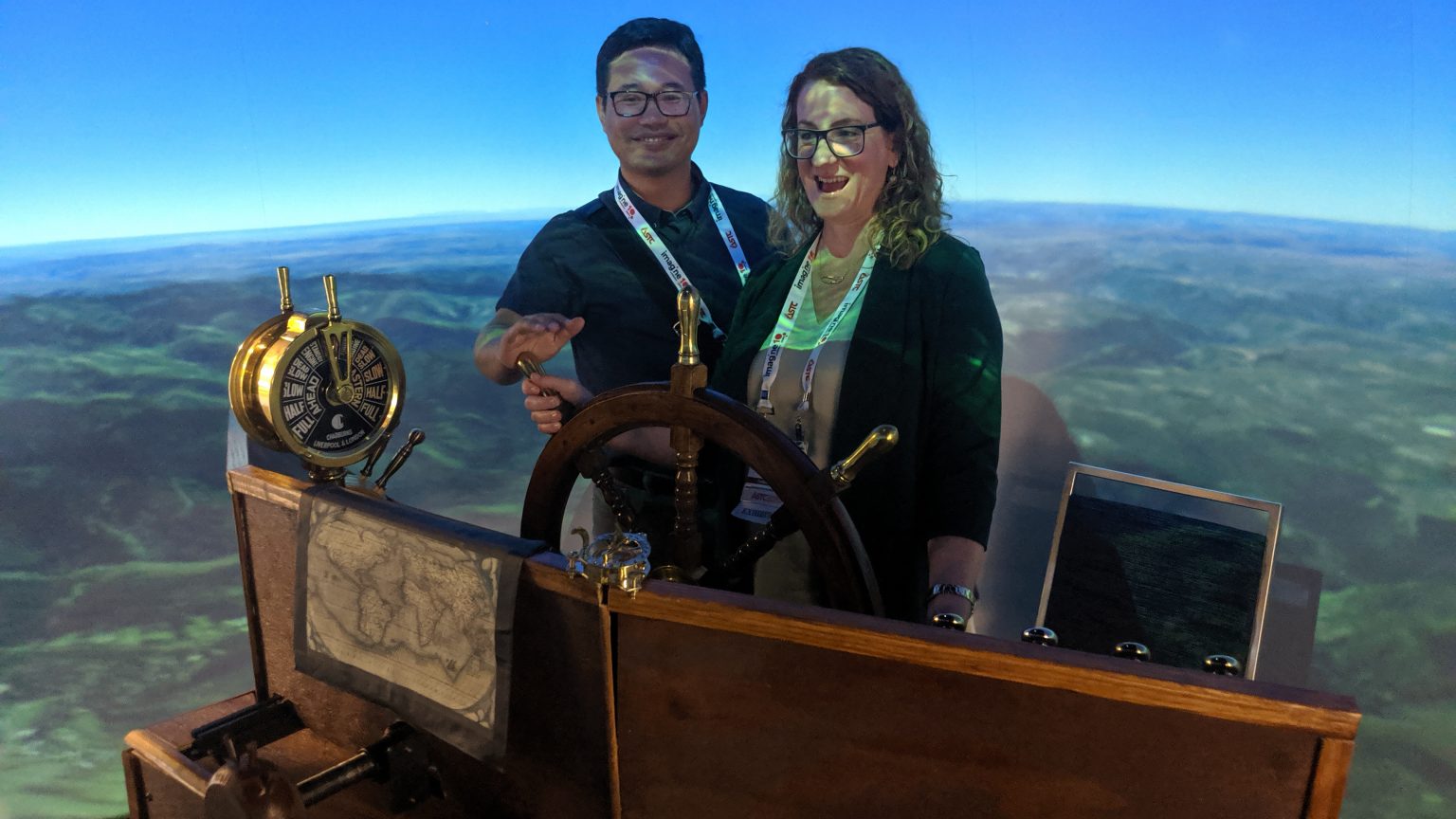 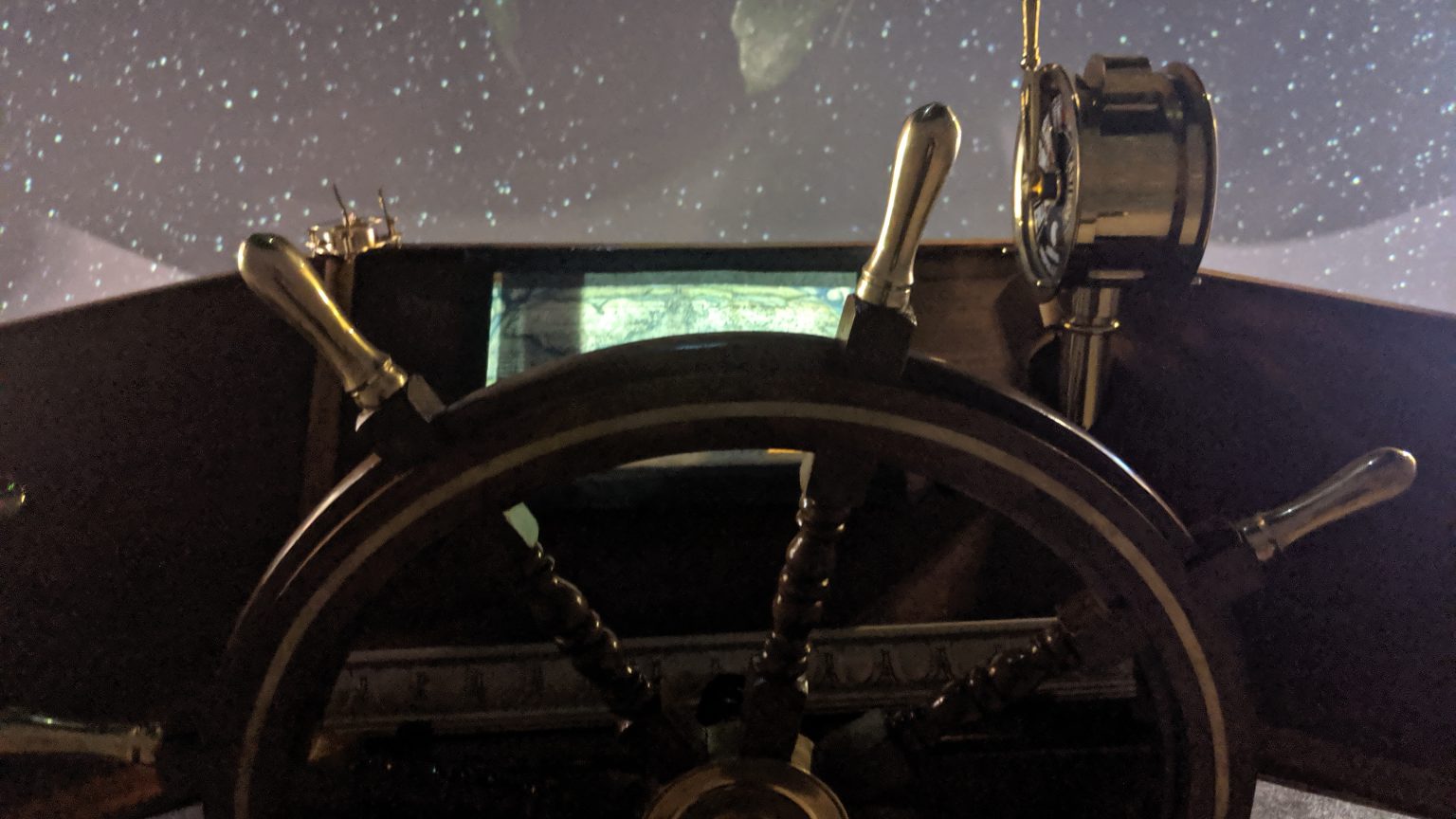 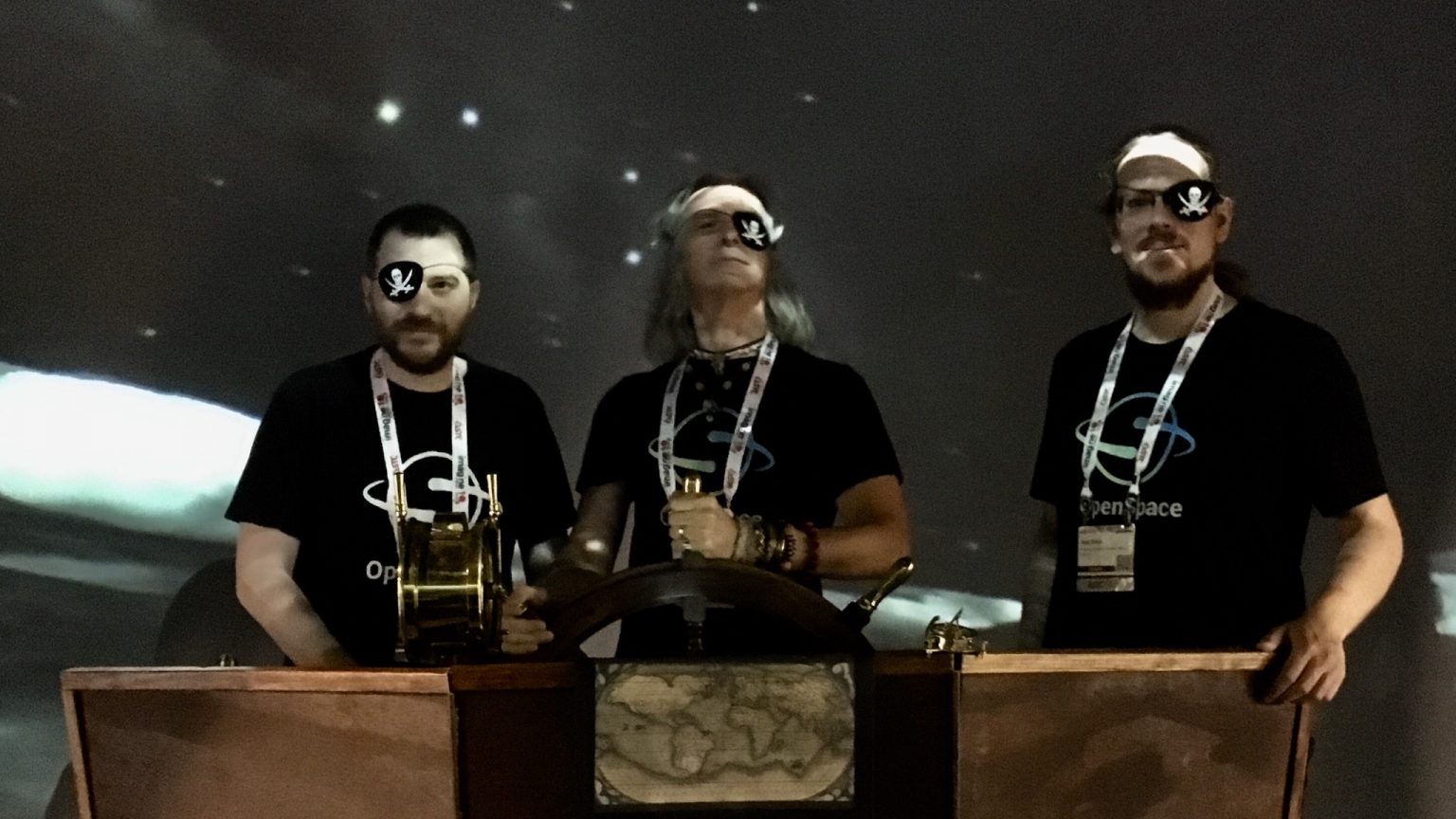 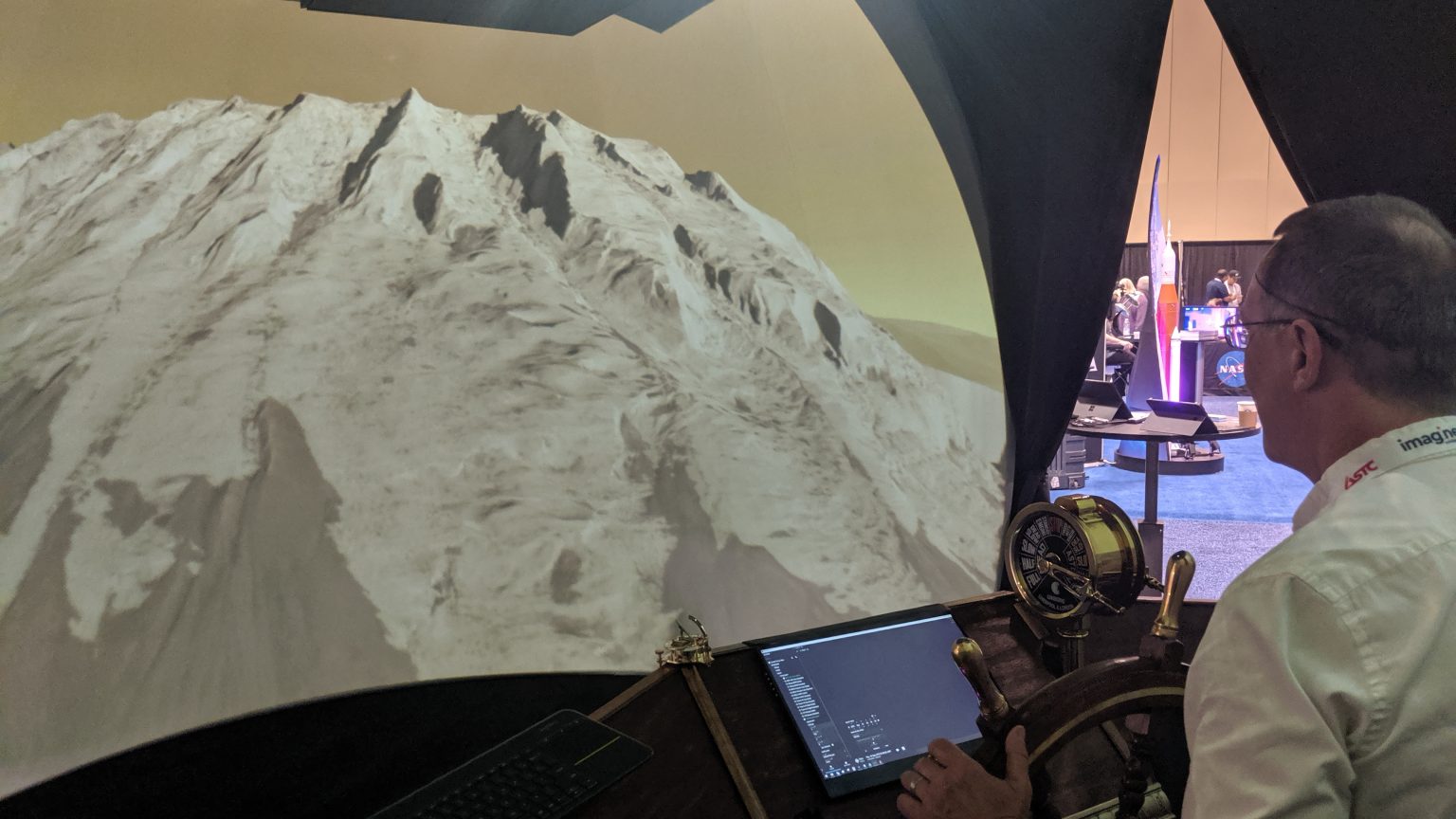 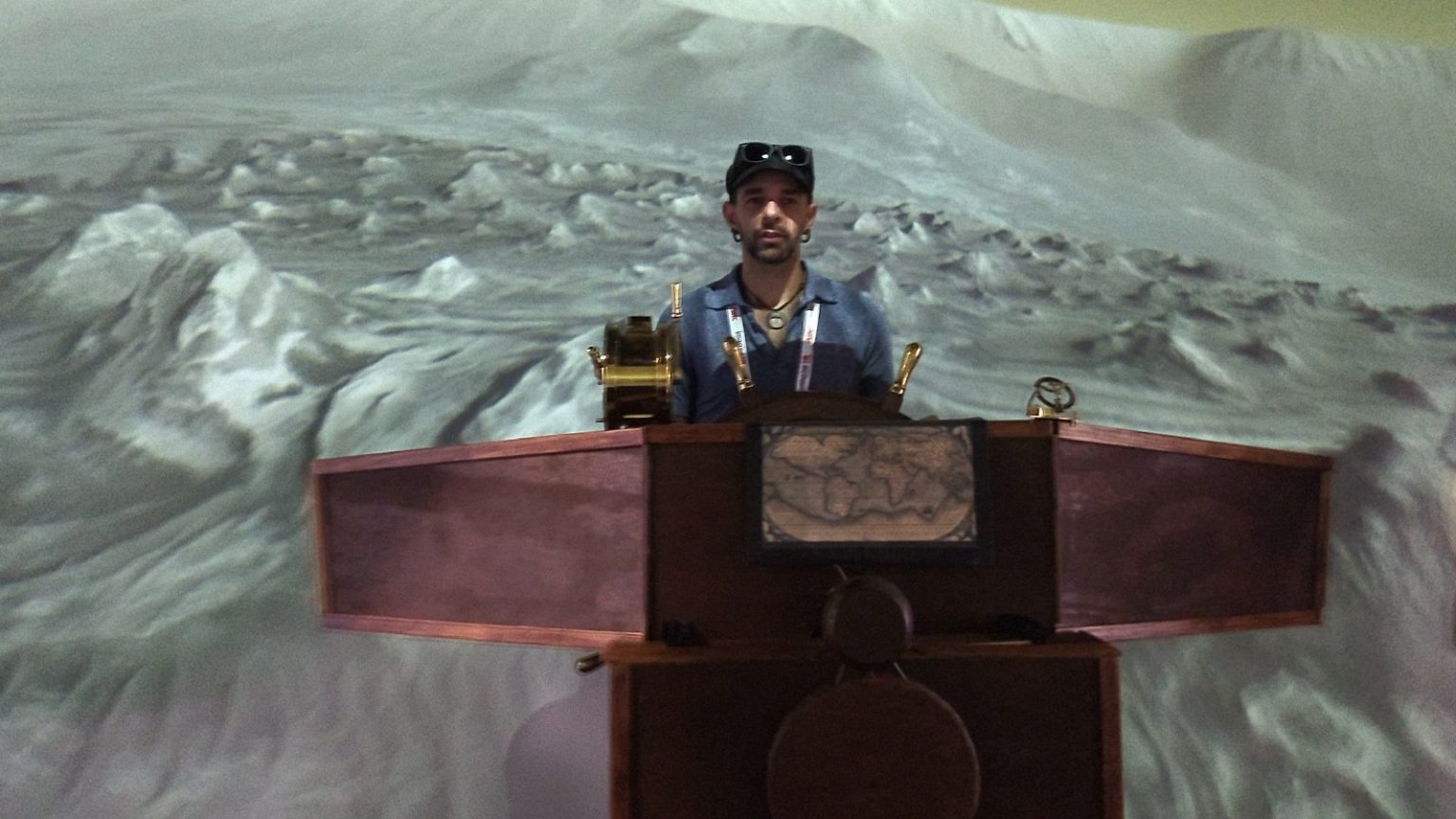 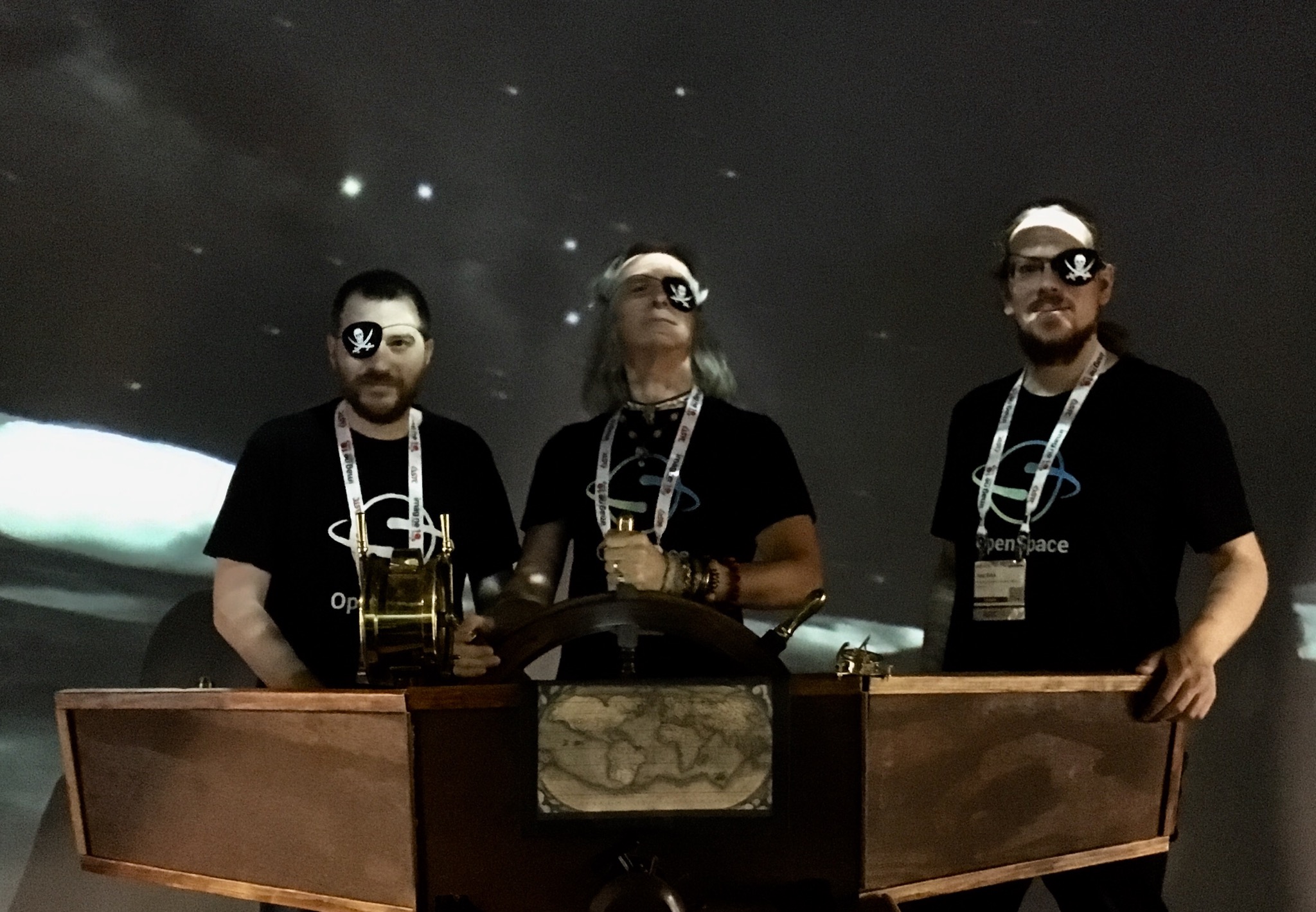 Ahoy…. space pirates in the Cyclorama! In our 360° immersive environment at ASTC, our partners at the American Museum of Natural History piloted us through high-resolution imagery of the Earth, Mars, and points in between, powered by OpenSpace. The dome featured a custom-built wooden cabinet with a ship’s wheel and brass captain’s controls to steer around the Universe. The custom UI showcased WorldViewer’s ability to launch third-party applications with multiple user inputs through a single interface.  It’s the newest in an evolving line of creative interactives – from Cave Art and Megalodon to the Interactive Water Wall.

This is the pop-up version of the Cyclorama designed for trade shows, with open doorways on both sides. Two OmniFocus 30240 projection systems are mounted overhead, using DPI’s eVisions for 8K resolution and 20,000 lumens around the 360° screen. It’s all driven by a single Elumenati image generating computer.