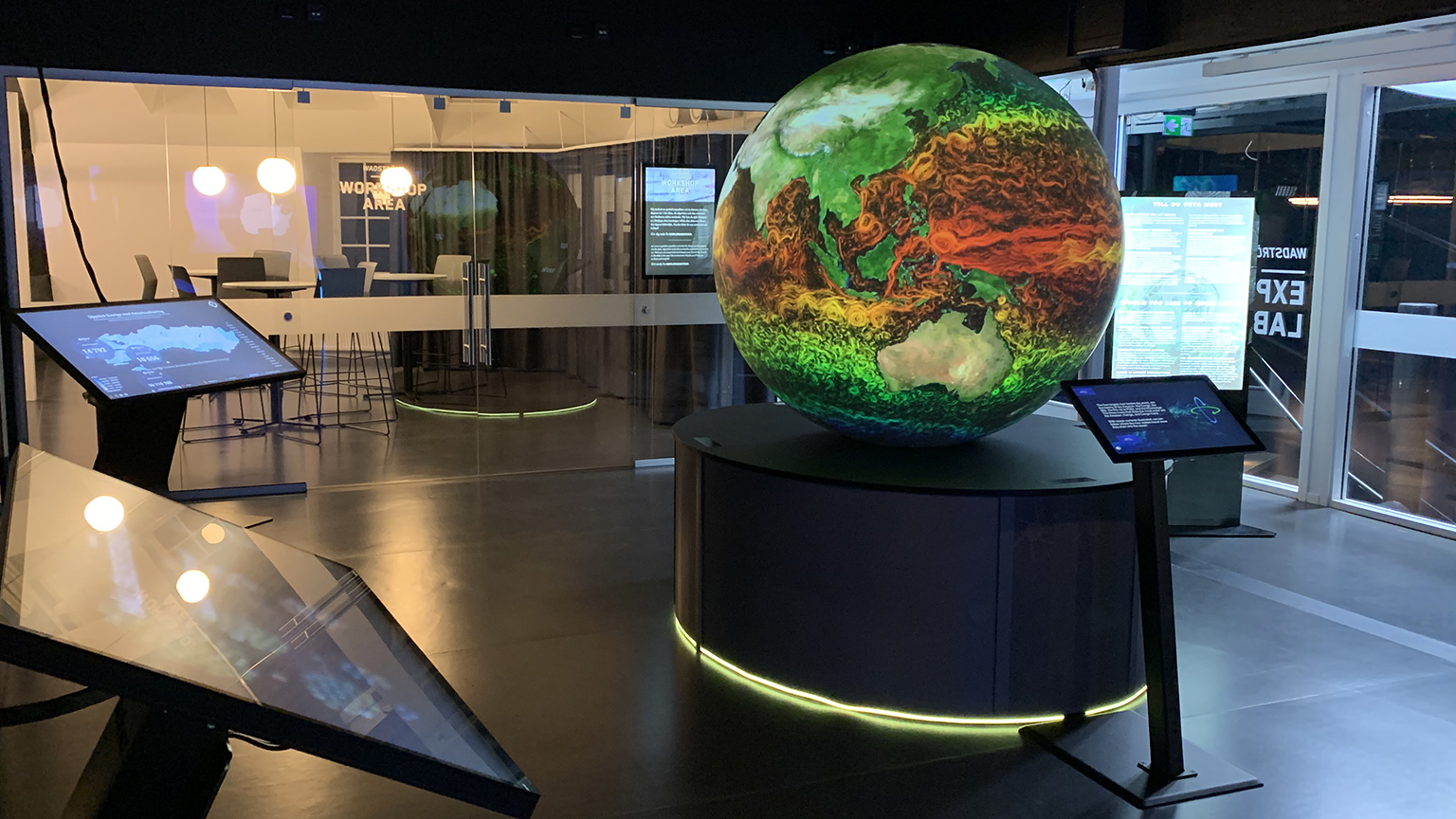 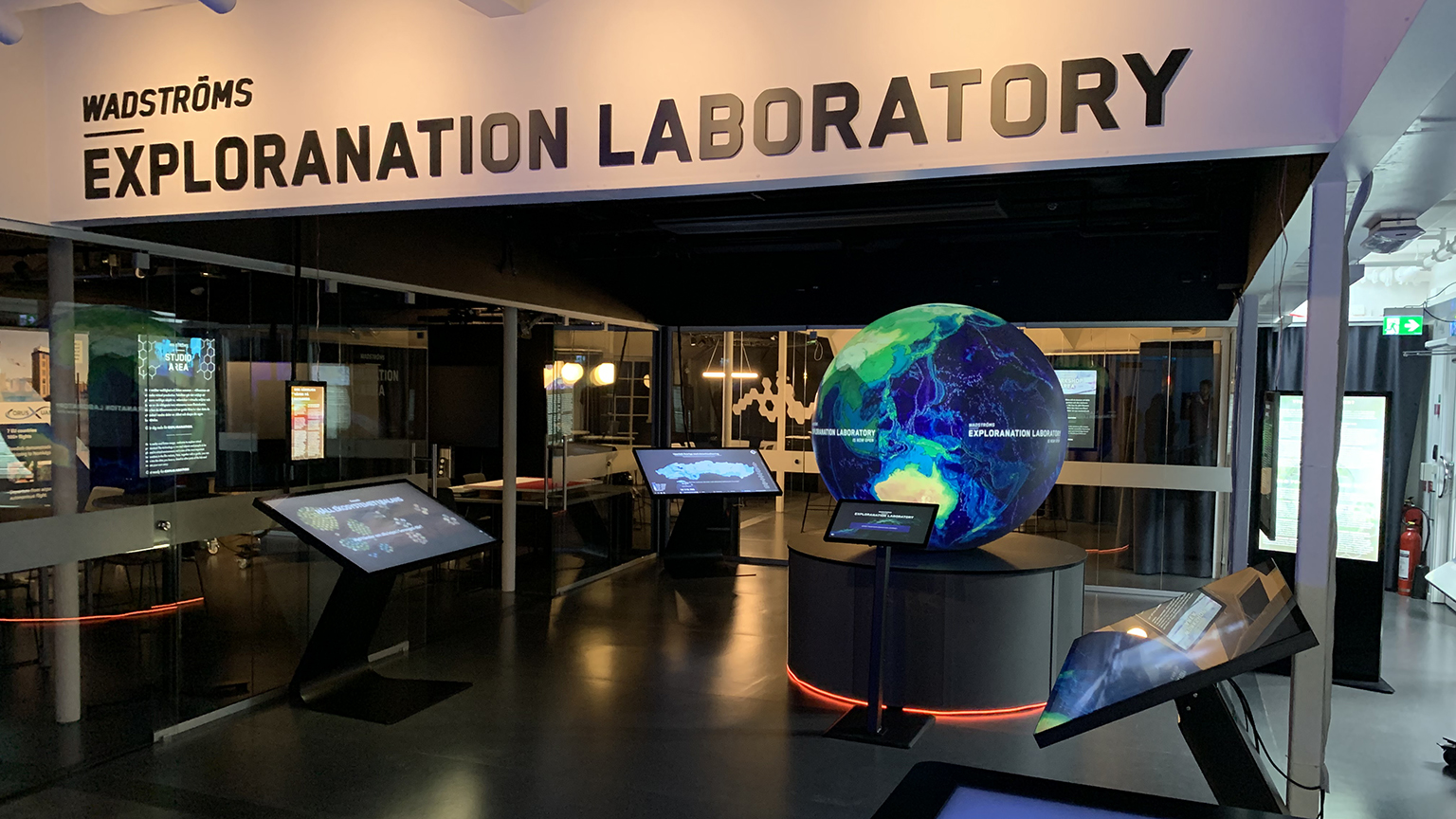 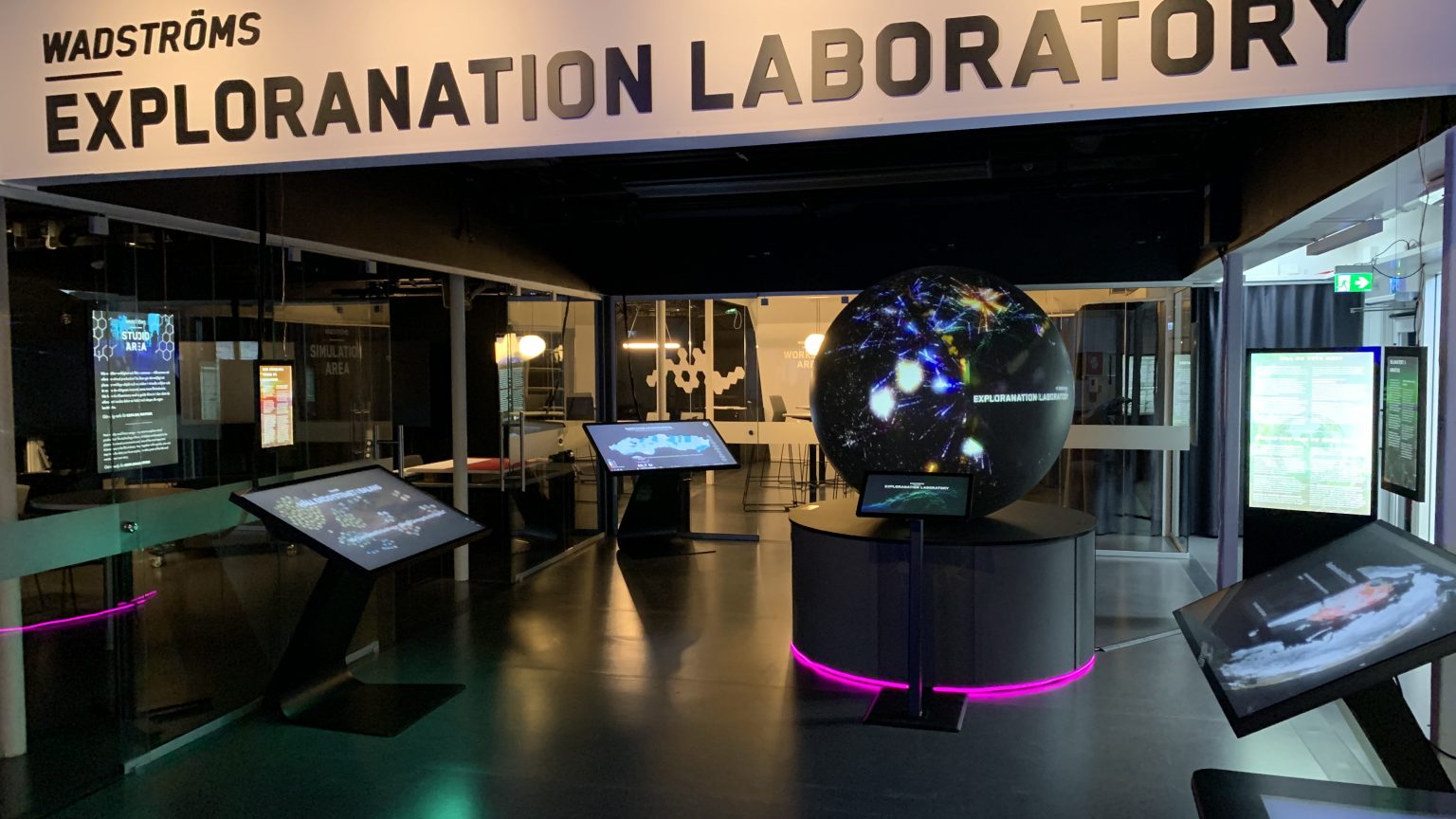 A GeoDome Globe is at the center of the Wadströms Exploranation Laboratory, where visualization technology meets research data. The new lab is part of Visualization Center C at Linköping University in Sweden. LiU researchers in climate, environment, sociology, and visualization collaborate to use visualization to make new discoveries (exploration) and to explain the results of research to the public (explanation) – hence the name “Exploranation.” Visitors can interact on many levels with the data presented – from observation to inquiry, and for students, creating their own media for immersive display.

The GeoDome Globe is one of several data-driven interactive experiences on climate, biodiversity, marine environments, and human interactions with the world around us. WorldViewer on the Globe enables the lab team to build diverse interactive and docent-led presentations from a wide range of data sources. The 1.5m-diameter globe is lit by a dual OmniFocus projection system, with 11.6 Mpix resolution at 15,000 lumens.

At The Elumenati, we’ve always believed that immersion and interactivity enable cross-disciplinary exploration of a broad range of topics, creating meaningful learning experiences from real data. We’re honored to contribute to the lab – a continuation of our relationship with the university, which began 10+ years ago when they purchased a GeoDome Theater to expand the outreach of dome programming created in WISDOME, the Wallenberg Immersive Science Communication Dome. The university is also a development partner on the OpenSpace project, on which we’ve collaborated extensively. Learn more: