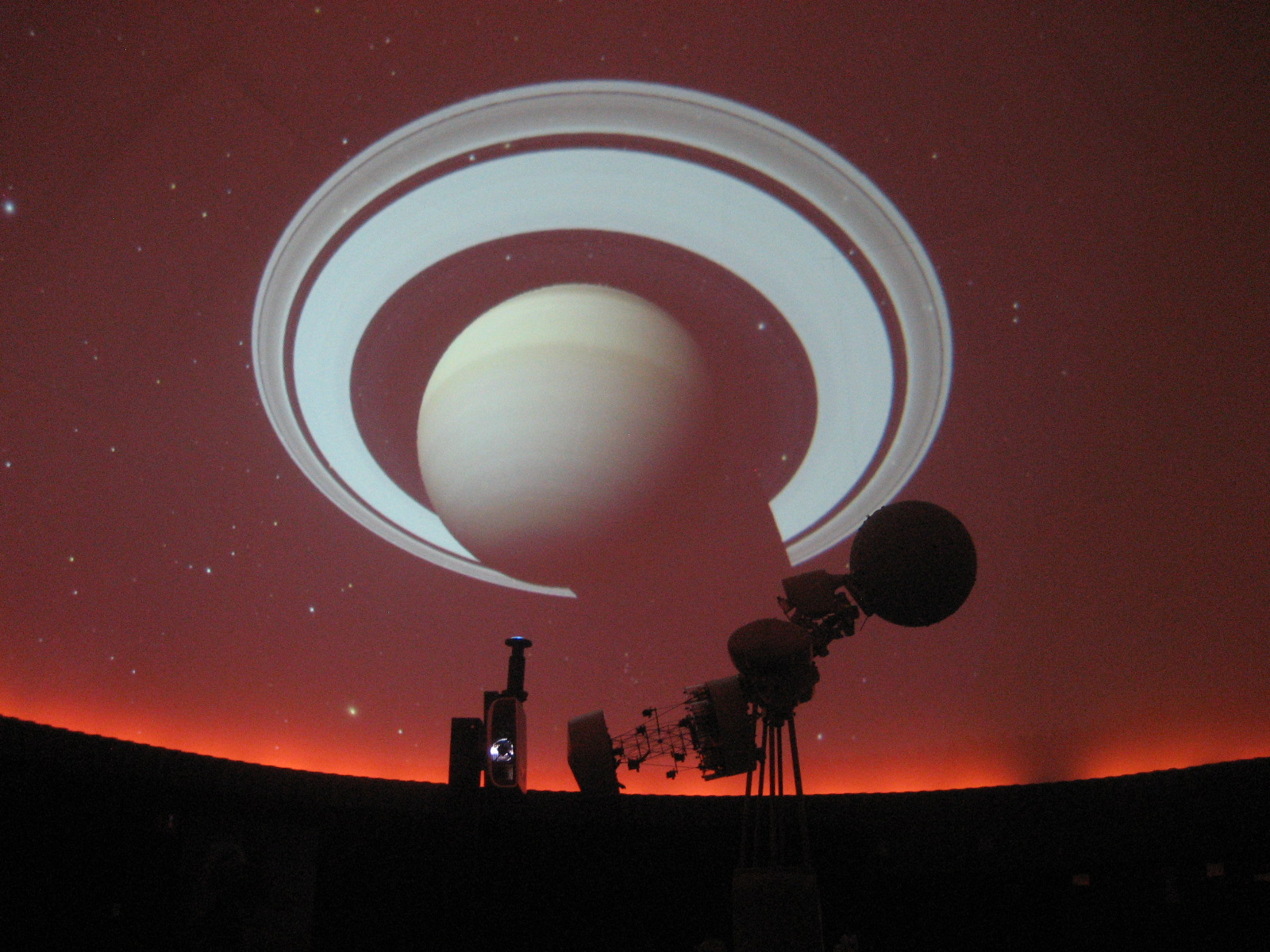 Mankato East High School upgraded its existing 9m Spitz planetarium in 2008 to a GeoDome Evolver. In this installation, the OmniFocus 200 series projection system is placed behind and slightly above the Spitz A3P starball, allowing great dome coverage and keeping the front central region open for seating. The two projectors do not operate simultaneously.

Dave Burgess, Planetarium Director, says: “Our kids really enjoy learning in the Planetarium. With immersive learning, our students find excitement in Astrophysics and Constellations. We even had students that learned about Constellations in the dome and took my advice to go down a country road, pull over and get safely off the road and look at the stars and try to identify what you see. During one of these instances, a police officer pulled up to see what the kids were up to and they ended up giving the officer a lesson in astronomy.”

Dave has also used WorldViewer to create his own Water Planet show, and offers community education programs in the dome.

Mankato is part of the Minnesota Regional Planetarium Network, science educators who collaborate to share costs and program development in a mix of fixed and portable GeoDome systems. All the systems are driven by our WorldViewer CMS and run on Elumenati IGs (image generating computers). With WorldViewer’s Open Playground Astronomy extension, network members drive OpenSpace, WorldWide Telescope, and Stellarium, all through a single user interface. Some sites have upgraded their OpenPlayground to also feature NASA’s Eyes platforms.  Additionally, some sites continue to incorporate live shows using Uniview, but are increasingly using OpenSpace for Digital Universe exploration as they phase out Uniview following SCISS’s dissolution. With WorldViewer’s WorldComposer content authoring platform, educators create stories for their domes with content from NOAA and NASA, 360° video and much more.