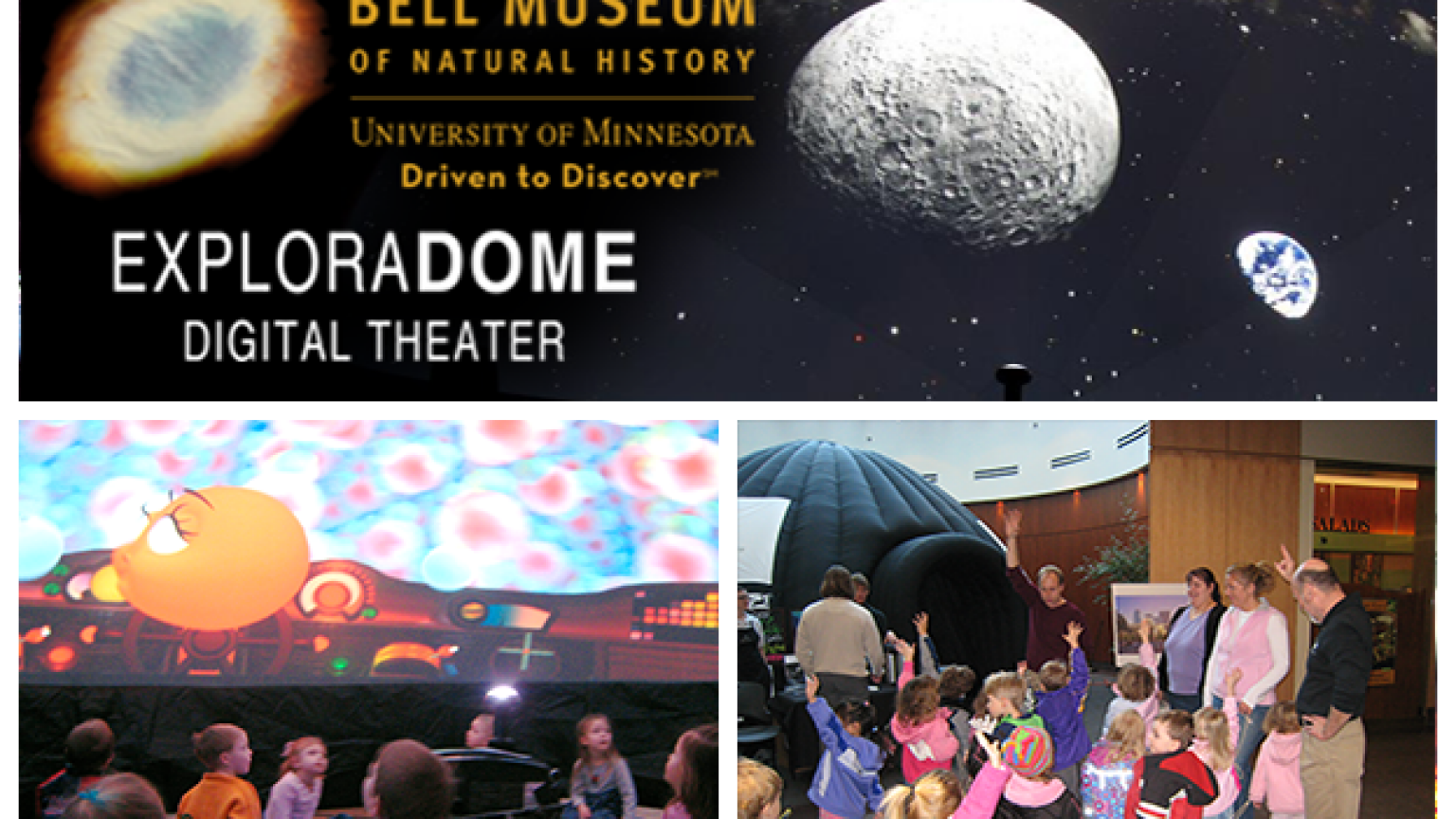 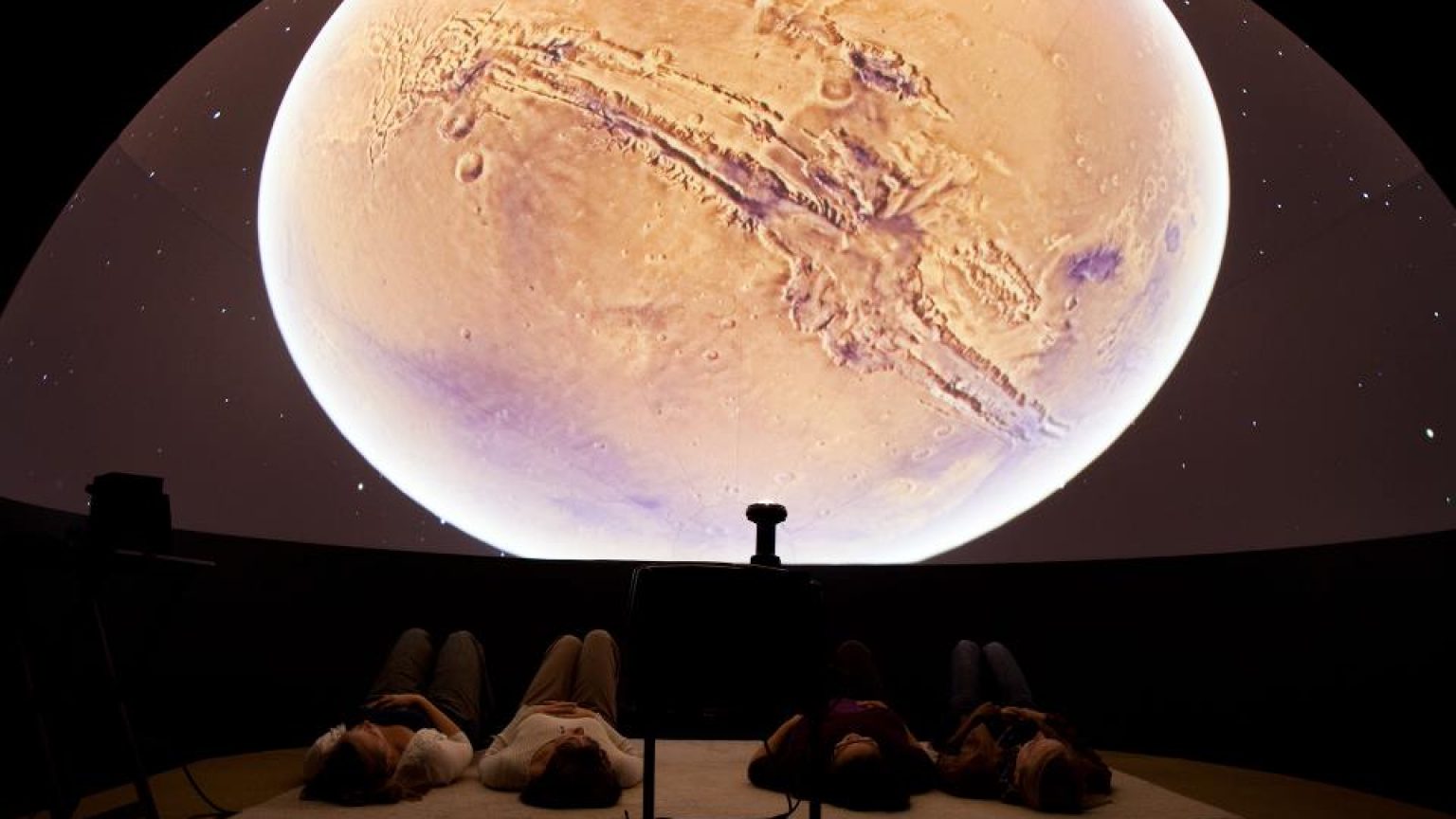 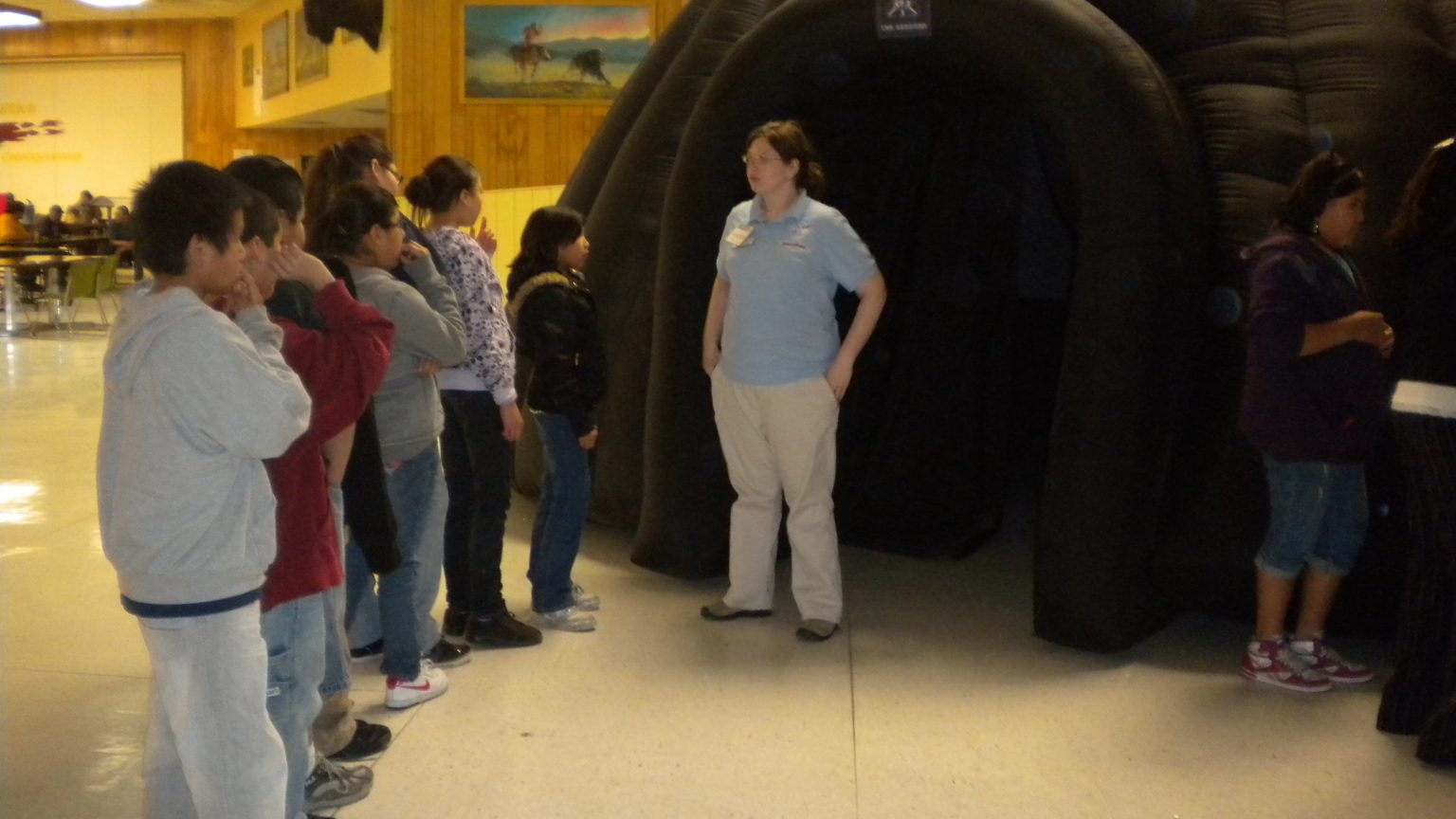 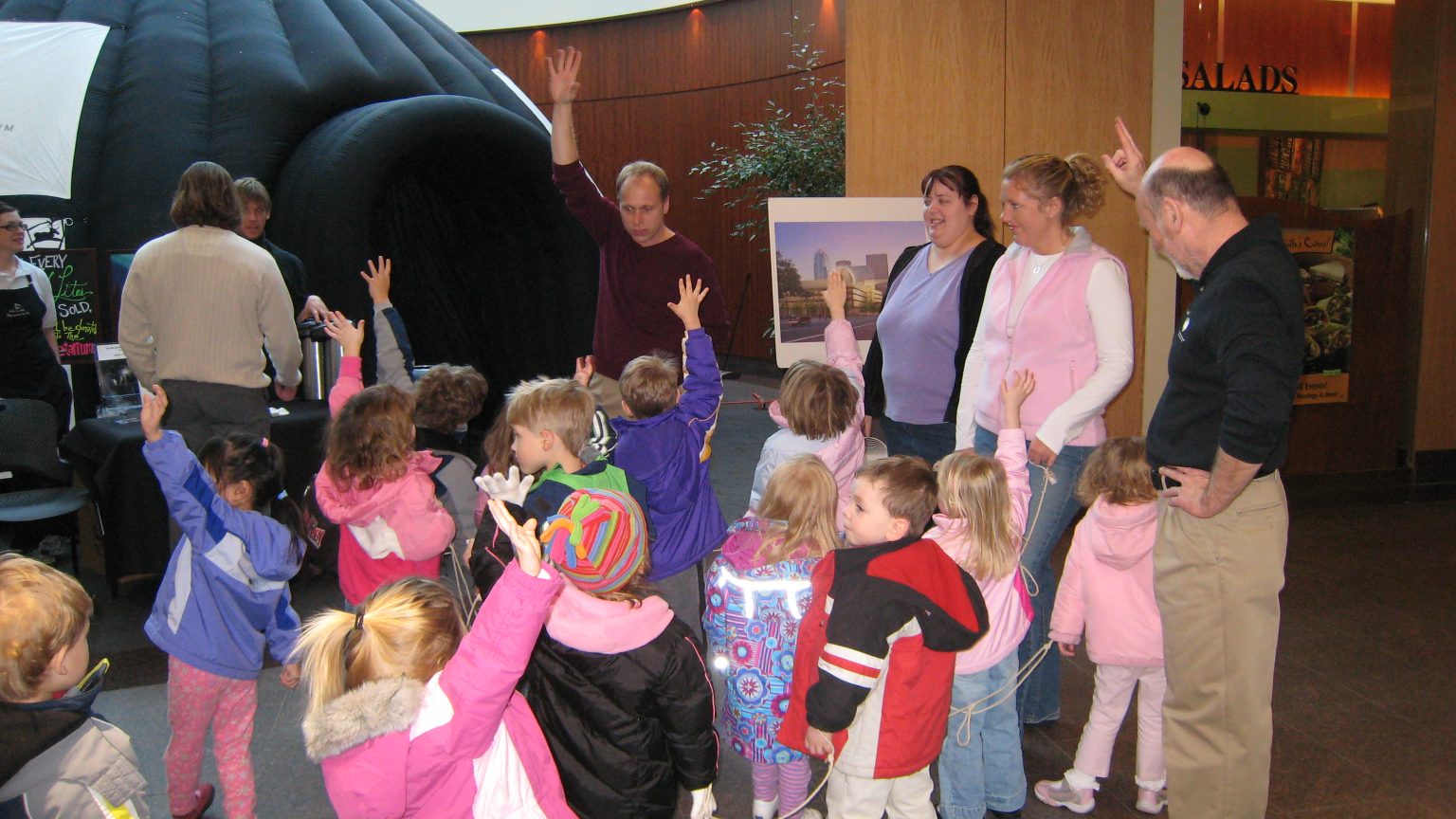 The Bell Museum + Planetarium retired their original Exploradome in 2017 after 11 years and 1,013 days of use, and upgraded to a new GeoDome Theater. “The final time we used the original Minnesota Planetarium Society/Bell Museum ExploraDome was at the MN State Fair, August 24 2017, after approximately 1,013 days in use! We did not retire it out of necessity. This one could have kept going for who knows how long!” said Sally Brummel, Planetarium Director for the Bell Museum.

The new ExploraDome is a GeoDome Theater with an OmniFocus 30500 projection system. Both WorldViewer and Uniview run on an Elumenati image generating computer.  Most of the Bell’s programming is astronomy-based; they also test brain and heart programs with the University of Minnesota’s Medical Device Center and Interactive Visualization lab, with real-time tours like the Neurodome. Their primary audience is K-12 students. Outreach events also reach community groups. The Bell Museum also features a a customized Elumenati GeoDome Panorama in the Gateway to the Universe exhibit.

“Our mission is to ignite curiosity and wonder, explore our connections to nature and the universe, and create a better future for our evolving world. The Exploradome allows us to travel to school and community sites to bring the wonders of the universe to them. Because it is a mobile system, we can travel beyond the Twin Cities area to greater Minnesota and western Wisconsin, expanding the museum’s reach beyond our walls,” said Sarah Komperud, Planetarium Educator.

The ExploraDome was the founding partner of the Minnesota Regional Planetarium Network. In 2006, the Minnesota Planetarium Society worked with The Elumenati to pilot and implement a prototype GeoDome Theater, as the first portable outreach dome running Uniview. Coined the ExploraDome by the MnPS, this popular outreach dome has now reached over 120,000 students and other learners in Minnesota schools. Joel Halvorson and Sally Brummel guided this effort, and they have been instrumental in pushing the interactive use of domes as a tool for teaching and learning.

The Exploradome is part of the Minnesota Regional Planetarium Network, science educators who collaborate to share costs and program development in a mix of fixed and portable GeoDome systems. All the systems are driven by our WorldViewer CMS and run on Elumenati IGs (image generating computers). With WorldViewer’s Open Playground Astronomy extension, network members drive OpenSpace, WorldWide Telescope, and Stellarium, all through a single user interface. Some sites have upgraded their OpenPlayground to also feature NASA’s Eyes platforms.  Additionally, some sites continue to incorporate live shows using Uniview, but are increasingly using OpenSpace for Digital Universe exploration as they phase out Uniview following SCISS’s dissolution. With WorldViewer’s WorldComposer content authoring platform, educators create stories for their domes with content from NOAA and NASA, 360° video and much more.

Along with the Bell, these sites include: